Top 6 Things To Do Johannesburg 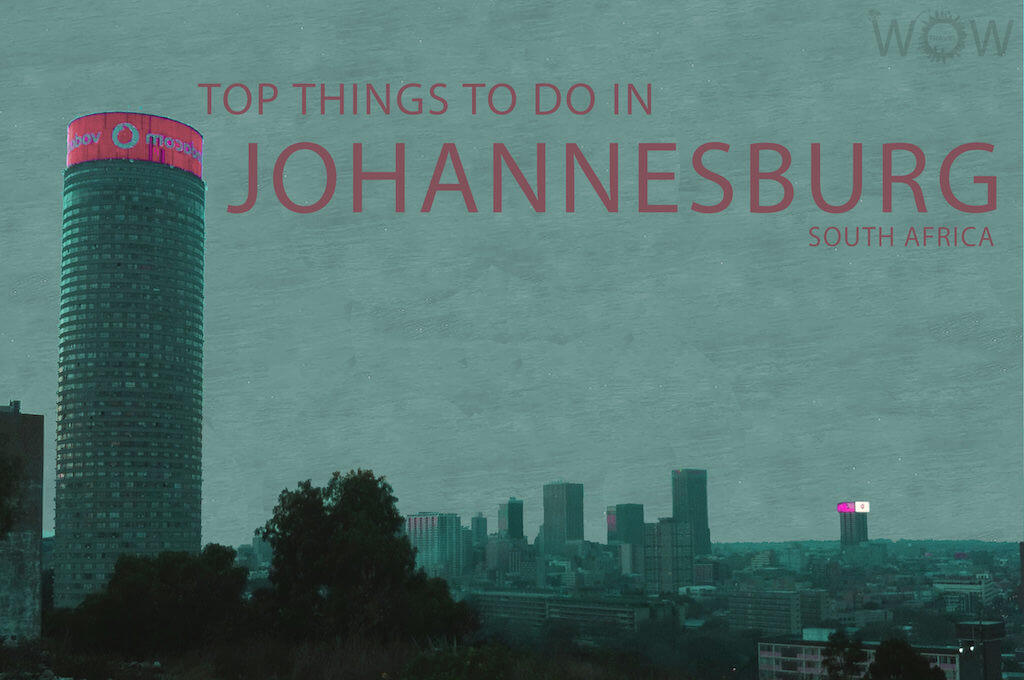 Not traditionally thought of as a tourist destination, Johannesburg is a cultural hub in South Africa with numerous museums, galleries, theaters and markets. This vibrant city, known to many as ‘Joburg’, is currently undergoing an exciting rebirth. Here is a list of our Top 6 Things To Do In Johannesburg.

Browse the stalls for farm fresh produce and speciality goods at Neighbourgoods Market. Takes place every Saturday in Braamfontein.

44 Stanley is a creative hub occupying a bunch of revamped industrial buildings close to Johannesburg’s inner city. It has fast become a favourite meeting place for Joburg’s ‘hipster’ crowd looking to kick back with their Apple Macs and a coffee  at Bean There Fair Trade Coffee during the week, or chill with a cocktail at Salvation Café over the weekend. Aside from coffee and cocktails, 44 Stanley is an excellent place to find unique, locally produced trinkets and accessories from one of the cool shops. See Religion for fashion, Sirkel for jewelry and Tin Table for some locally crafted items. Source: thelittlebackpacker

Gold Reef City is an amusement park located on an old gold mine which closed in 1971, the park is themed around the gold rush that started in 1886 on the Witwatersrand. It has casino, theatre, restaurants and a whole lot more.

Less than an hour’s drive from downtown Johannesburg, Lion Park is a sanctuary for a number of important species, the park gives visitors the chance to see and learn about the animals in their care. In addition to lion, expect to see cheetah, wild dog and hyena, as well as zebra, giraffe, and antelope.

The world’s greatest source of hominid fossils is among dozens of caves just an hour drive from Johannesburg. The Cradle of Humankind is a World Heritage Site and is named due to the fact that it is the source for some of the oldest fossils ever found of early humans.

Welcome to an Eden hidden in the West Rand of Gauteng where luscious nature welcomes visitors and the rushing water of the Witpoortjie Waterfall, gushing from a height of 70 meters (229 ft), soothes and revitalizes careworn city-dwellers. The garden is also home to a pair of breeding Verreaux’s Eagles which have become proud symbols of this majestic garden.