Top 7 Things To Do In Amman 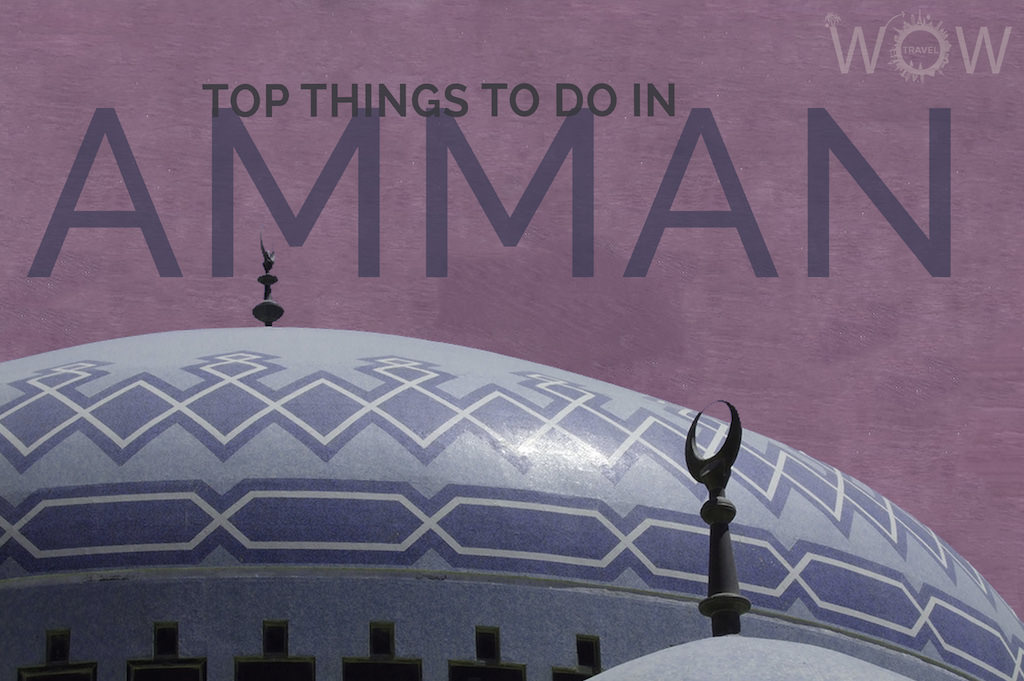 Just 1 hour from the shores of the Jordan Valley lies one of the oldest continuously inhabited cities in the world where beautiful limestone houses shine all day long thanks to the eternal sun, this city is called Amman. It is the capital and largest city in Jordan as well as the country’s political, cultural and commercial center. The city is ready to receive all kinds of tourists and has a lot to offer, one can find luxury residential apartments, hotels, youth hostels, spas, museums, beautiful parks, and it is easy to get around the city since taxi drivers speak at least 3 languages and are always eager to help. Most businesses are open every day except Friday, which is the official weekly holiday but they take a noon break for a couple of hours. Amman’s residential districts, trendy cafés & bars, and impressive art galleries will entertain you and make you want to stay. For food lovers, Amman is a paradise. You’ll find the bright vegetables from Lebanon, crunchy falafels from Syria, juicy kebabs from Egypt, spices from all over the Mediterranean Sea and the Arabian peninsula brought to your table.
Come discover Amman – a modern Arab city, embracing an international and culturally diverse vision of the future. Enjoy The Top 7 Things To Do In Amman.

This mosque located in El-Abdali district was completed in 1990 as a memorial to the late King Hussein’s Grandfather. The beautiful and instantly recognizable Blue Dome Mosque is worth a quick look inside. Women will be asked to wear an Abaya (gown) and cover their hair.

The Amman Citadel is a national historic site towering above downtown Amman. The site of the earliest fortification excavations revealed remains from the Middle Bronze Age (2nd mill. BC), the Iron Age (8th century BC), Hellenistic (2nd century BC) and late Roman to Arab Islamic Ages. The most impressive building of the Citadel, known as al-Qasr, dates back to the Islamic Umayyad period and it includes a monumental gateway, an audience hall and four vaulted chambers.

Wakalat Street is Amman’s first pedestrian street. It is one Amman’s most vibrant and popular shopping districts with big western stores for mostly clothes, furniture and sport. If it’s shopping you’re after, this street has a variety of international brand names to choose from.

Built under Emperor Antoninus Pius (138-161 AD), the restored RomanTheatre is one of the most impressive remnants of Roman Philadelphia, and is the highlight of Amman for most foreign visitors (It is still in use for cultural events). A trip to the theatre takes to back in the past in the Roman Era, cut into the steep hillside, the theater provided seating for 6,000 spectators. Visitors are able to climb the structure and  In fact.

Jabal Amman is one of the seven hills that originally made up Amman and nowadays It is rapidly becoming a cultural hub and has a growing bohemian atmosphere. The neighbourhood is a network of narrow winding streets interconnected with paths and steps filled with restaurants, cafes and outdoor markets. Jabal Amman’s cobblestone-covered Rainbow Street, in particular, is a must-visit. Less than a mile long (1.5 km), it offers spectacular views of the Old City. Cafes, art galleries, trendy eateries and shisha bars line the street, along with the former homes of Jordan’s old aristocratic families.

The Dead Sea is the lowest point on earth, just 60 km (37 miles) from Amman. Its unusual high salt content enables one to float effortlessly. Once the waters reach the Dead Sea they are land-locked and have nowhere to go, so they evaporate, leaving behind a dense, rich, cocktail of salts and minerals that supply industry, agriculture and medicine with some of its finest products. The Dead Sea is flanked by mountains to the east and the rolling hills of Jerusalem to the west, giving it an almost other-worldly beauty. Although sparsely populated and serenely quiet now, the area is believed to have been home to five Biblical cities: Sodom, Gomorrah, Adman, Zebouin and Zoar (Bela).

Petra, the capital of the Nabataean Arabs, is a UNESCO World Heritage Site and one of the most famous archaeological sites in the world. This vast city carved from the red-tinged rock began to prosper as the capital of the Nabataean Empire from the 1st century BC, which grew rich through trade in frankincense, myrrh, and spices. Petra was later annexed to the Roman Empire and continued to thrive until a large earthquake destroyed much of the city in the 4th century AD. The earthquake combined with changes in trade routes, eventually led to the downfall of the city which was ultimately abandoned.