Top 7 Things To Do In Cambodia 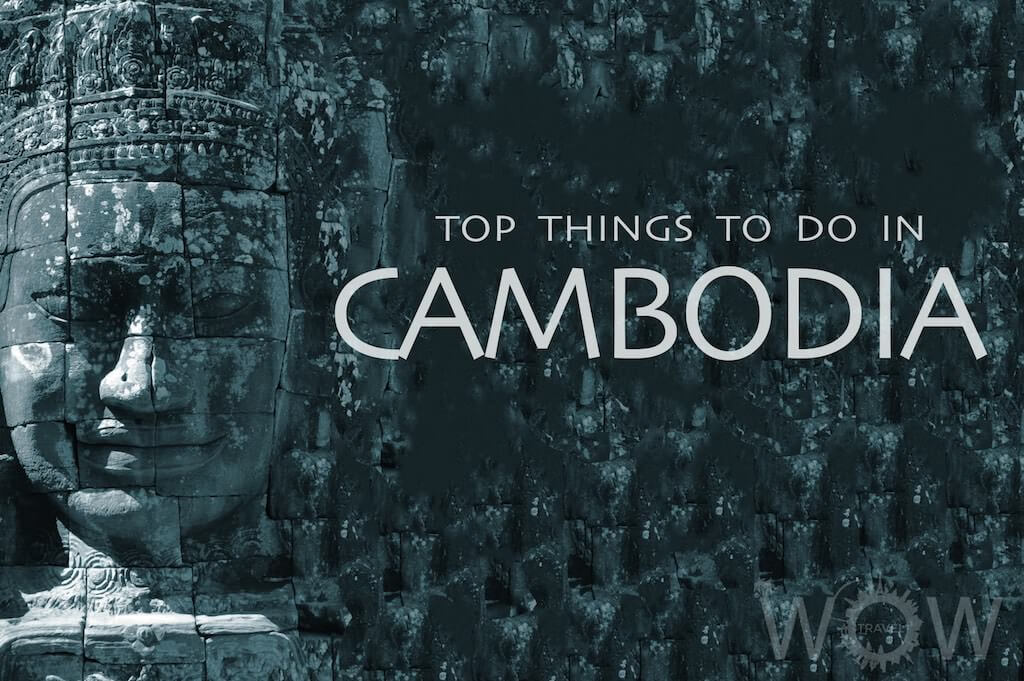 After a terrible civil war in the 70’s, Cambodia evolved, and nowadays it has become an extremely popular destination for tourists from around the world. Cambodia offers visitors a vast array of stunning temples, tropical beaches, colonial buildings, restaurants, resorts and an abundance of natural attractions. Cambodia is so diverse and so worth going to. Check out our Top 7 Things To Do In Cambodia.

Angkor Wat is nothing but one of the most beautiful and finest temples in the world. Located among many other temples, its magnificent architecture monumental size makes of Angkor Wat the top tourist attraction in Cambodia. King Suryavarman II ordered its construction in the middle of the 12th century. It was built in a way that its three rectangular terraces would lead up to the central shrine and tower in order to reflect the traditional Khmer idea of the temple mountain, in which the temple represents Mount Meru, the home of the gods in Hinduism. Angkor Wat is also one of The Most Famous Lost Cities In The World.

Bayon Temple is part of the Angkor complex but this temple is world known for its large collection of 200 colossal stone faces looking everywhere. Locals say they are a portrait of king Jayavarman VII or a combination of him and Buddha.

The Royal Palace of Cambodia is an exquisite example of Khmer architecture including typical Khmer roofs and elaborate ornamentation with a subtle and elegant French touch. It is of course the official residence of King Sihamonin.

This famous Hindu temple was once disputed by Cambodia and Thailand in international courts. It is an ancient Hindu temple built during the period of the Khmer Empire, on top of a 525 meters (1722 ft) cliff in the Dângrêk Mountains. It used to be the country’s spiritual center, it was supported and modified by successive kings so it displays elements of several architectural styles.

Tonle Sap is a freshwater lake located north of Phnom Penh. It is home to a unique eco-system of fish, birds, reptiles and other mammals as well as floating villages. This lake is considered like a gift from God as it feeds provides 75% of the inland fishing catchand supports over 3 million people with food.

Banteay Srei is a beautiful 10th-century Hindu temple complex about 37 km (23 miles) north of Angkor Wat. People say it is the finest example of Angkorian art. It is well preserved and many of its carvings are three-dimensional.

Sihanoukville which used to be called Kompong Som is Cambodia’s most popular seaside town known for its wonderful beaches and its surrounding islands. Sit along the coconut trees and drink tropical juices all day long while enjoying the beauty of its landscape.