Top 7 Things To Do In Mongolia 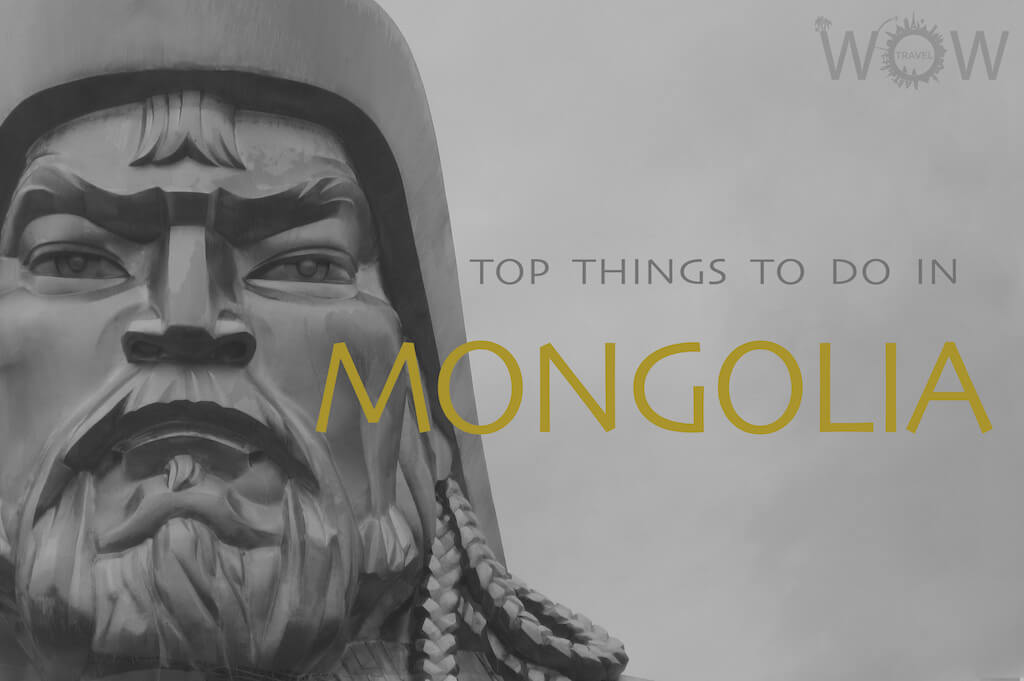 Mongolia lies in central Asia between Siberia and China, at an average of 1,500 meters (5,800 ft) above sea level. It is the least densely populated country on the planet, a vast country with endless grassland, evergreen trees and rugged mountains. However, 45% of the Mongolian population lives in the busy capital, Ulaanbaatar, where life is a lot more up-to-date and travelers will find ample museums, shops, restaurants, bars and clubs. Check out our Top 7 Things To Do In Mongolia.

We never found a city’s name with a more accurate translation. Ulaanbaatar or Ulan Bator as they used to call it centuries ago means literally Red Hero and it is indeed a hero in the region. It is a city where Buddhism and their Nomadic past blend with modernity and western culture in harmony. Ulaanbaatar houses numerous museums, monasteries, an opera house as well as shopping centers, nightclubs, bars and cafes,  three large cinemas, one modern ski resort, two large indoor stadiums and more.

Located in the city of Ulaanbaatar, this Buddhist monastery is a good place to start your visit to Mongolia due to its beautiful architecture and the history is holds within its walls. The main temple houses an extensive collection of religious instruments, thangka paintings, a copy of the 108-volume Kangyur and hand-printed 226-volume Tengyur brought from Tibet by the Bogd Khan. the monastery also displays an 18th-century gilt statue of Buddha Sakyamuni with a statue of Choijin Lama Luvsankhaidav on the Buddha’s right.

According to local tradition and historians, this may be the older standing Buddhist monastery in Mongolia. Erdene Zuu Monastery has been partially destroyed many times in different wars throughout history but it was rebuilt in the 18th century and around the year 1872, 62 temples were remodeled and almost 1000 monks used to live there. The monastery reopened its doors in 1965 as a museum and it was not until Communism fell in 1990 that the monastery became alive again as one of the most important religious centers in the country.

He was the founder and Emperor of the Mongol Empire, which became the largest contiguous empire in history. This monument is a 40 meter (131 ft) tall statue of Genghis Khan on horseback symbolically pointing east towards his birthplace. Visitors walk to the head of the horse through its chest and neck, where they can have a panoramic view.

Lake Hovsgul is the largest freshwater lake in Mongolia by volume, and second-largest by area. Khuvsgul is one of seventeen ancient lakes in the world, being more than 2 million years old, and the most pristine. It is part of a national park which is home to a large variety of wildlife such as musk deer, brown bear, ibex, Siberian moose, argali, elk, wolf, sable and more.

This area of Mongolia became famous for being the place where first discovery of dinosaur eggs happened. However, its incredible beauty continues to attract visitors from all over the world. Its dunes, red rocks, desert, the silence and peace are sometimes a good reason to drive to this unique place even if you are not  Dinosaurs lover.

The third largest protected area in the country, Gorkhi Terelj National Park was established in 1993. The Gorkhi-Terelj National Park borders with the Khan Khentii Strictly Protected Area and receives the largest number of visitors due to its natural setting and proximity to Ulaanbatar. Terelj is named after the Terelj river and is an area of endless slopes and valleys with high-eroded rock formations, mountains covered in dense forests. Source: mongoliagercamps