Top 7 Things To Do In Panama City 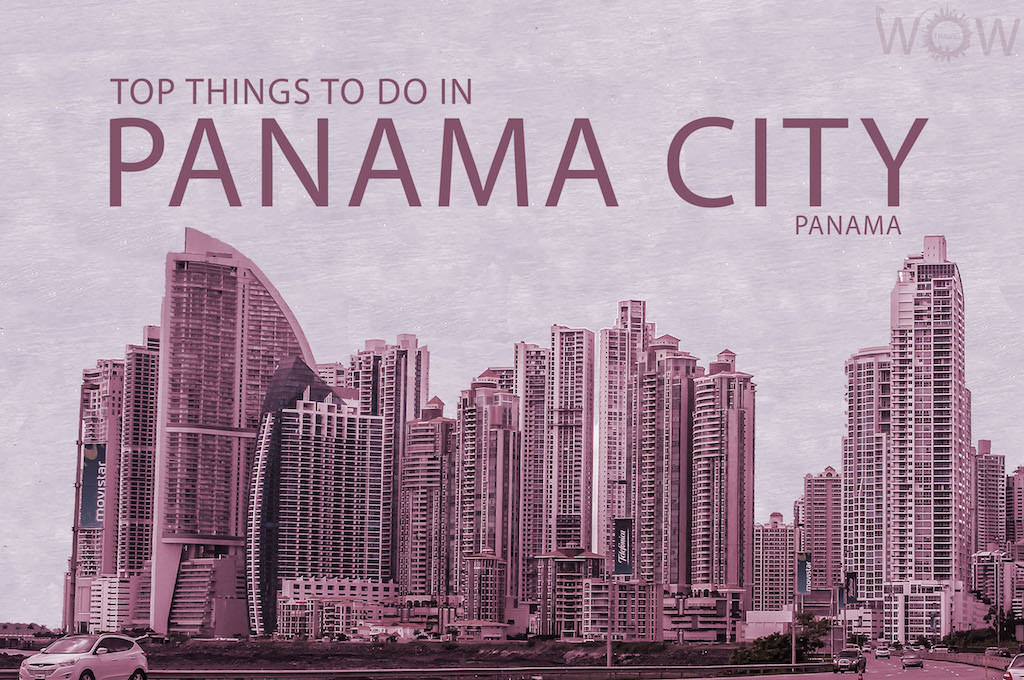 Between the Atlantic and the Pacific Ocean lies one of the most vibrant and fascinating cities of Latin America: Panama City. The only place in the world where you can see the sunrise on the Atlantic and set on the Pacific. Panama may be a small country in size but its population’s warmth, traditions, rapid social development make it up for it. It can be reached from anywhere in the Americas in a short time and easily since Panama city is a hub for many airlines in the continent. It is a huge shopping destination with great prices and a large variety of stores and brands. This city has also raised the bar for architects in Latin American as the highest buildings in the region are in Panama City. There are countless reasons to take a flight now and discover this Latin jewel so WOW Travel has gathered its Top 7 Things To Do In Panama City to make it easier for you.

“Panama City is a sunny destination with complexity: a cocktail of roiling history, brisk commerce and Latin culture.” – Carolyn McCarthy

A good way to really see this gorgeous city is walking through its past. A nice stroll around Casco Viejo or San Felipe is the best way to begin this adventure. It is s the oldest district of Panama City which was finished to be built in 1673 by the Spaniards. Wonderful colonial architecture is displayed in its many churches, houses, and squares such as the National Theatre, La Merced Church or Bolivar Square. It really is a trip to the past. It was designated a World Heritage Site in 1997.

The Panama Canal changed the continent’s economy by allowing shipping and travel between the Atlantic and Pacific oceans since 1914. The Panama canal is a series of locks that enable ships to pass through to the other coast. The best way to visit the canal from Panama City is to visit the Miraflores Locks’ platform that offers tourists a good view of the entire process.

This road connects three tiny islands to mainland Panama and is located next to the entrance to the Panama Canal. Enjoy a wonderful view of Panama City and the Bridge of the Americas. If you go in the morning you will see lots of locals jogging, riding a bicycle or rollerblading down the causeway, or having a meal or drinks in one of the many restaurants and bars on the islands. It is the Key West of Panama.

The number one spot to get great views of Panama City. Locals and tourists go up the hill every single day as it is a popular hiking and jogging path with great look-out points. It is the wild side of the city so it is common to see sloths, armadillos, and deer on the way up to the top.

Bridge of the Americas

This bridge is a road bridge in Panama, which spans the Pacific entrance to the Panama Canal and it was built in 1962. It used to be the only solid bridge connecting the north and south American land masses until 2004.

The Biodiversity Museum: Panama Bridge of Life, located on the Amador Causeway, is one of the most eclectic pieces of architecture in the city designed by renowned architect Frank Gehry. The Biomuseo’s permanent exhibition is titled Panama: Bridge of Life and it contains eight galleries that tell visitors about the origin of the Panamanian isthmus and its gigantic impact on the planet’s biodiversity.

“Panama City could have used some of that long-term planning five years ago. Instead, it has grown as haphazardly and unregulated as a 19th Century gold-rush town.” – Tim Rogers, BBC News, July 18, 2011.

This tourist attraction is where Panamanian customs and traditions prevail. In this “little village,” you can go into a typical Afro-Caribbean, peasant, or Indian house that showcases the characteristics of these cultures. Appreciate colorful replicas of the countryside village’s streets and wooden, mud, and tile-roofed houses with Creole accents or back to the time  of the construction of the Panama Canal and see the homes of a group of immigrants who came to work on the canal and let us not forget about the country’s indigenous groups such as the Gunas, Ngäbe Buglé or the Emberá Wounaan. Mi Pueblito is located at the entrance to Panama City on the slopes of Ancón Hill and it is a must when you visit Panama.