Top 7 Things To Do In Toronto 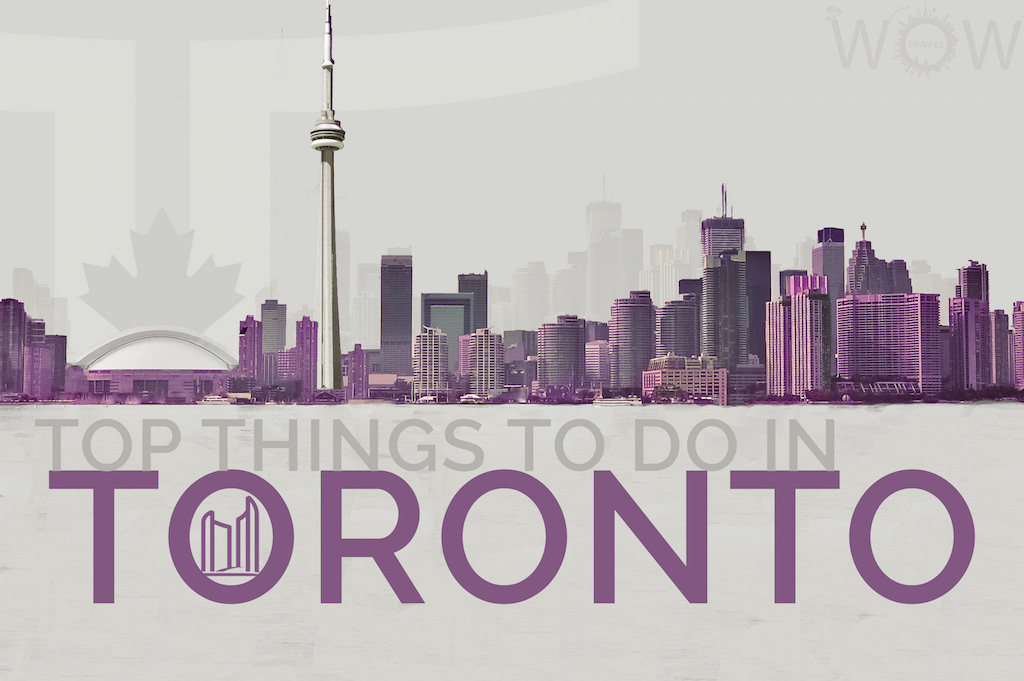 If there is a city where we really felt at home, that was Toronto. This incredible city is one of the cleanest, safest, most peaceful and most cosmopolitan cities in the world. One can listen to more than 180 languages in one day while wandering around Toronto. It truly is a melting pot, always ready to welcome visitors with open arms. Studies say that it is the 4th most livable city in the world. Toronto is as well a major hub for creative industries which employ hundreds of thousands of people from a broad range of product-producing and service-providing industries such as performing arts, fashion and design, film, TV, internet and music production, broadcasting, publishing and more.
Tourists have an endless list of options when it comes to hotels, restaurants, museums, galleries, events, parks along with outdoors full-day activities. Toronto has more than 1,600 public parks and 600 km (373 miles) of trails which are visited by locals and visitors alike throughout the Spring and Summer months. Traveling between tourist attractions is really easy, Toronto has North America’s third-largest public transit system after New York City and Mexico City, it is clean and efficient.
Toronto’s unmatched diversity is incomparable, it is without a doubt Canada’s cultural heartland. Not Calgary, not Winnipeg, but Toronto. Do not wait till next year, visit Toronto this summer and enjoy everything it has to offer. WOW Travel shares with you The Top 7 Things To Do In Toronto.

CN Tower offers panoramic views of Toronto’s cityscape. In a mere 58 seconds, elevators whisk visitors to one of two observation levels. EdgeWalk, a new feature for thrill-seeking travelers, lets the brave traverse a 1.5 meter-wide (5 ft) exterior ledge 356 meters (1,168 feet) above the ground. You can even see the Niagara Falls on a clear day from there.

Toronto Zoo is a lovely home for over 5000 creatures and known for its interactive education and conservation activities. It is located on the outskirts of the city in the Greater Toronto Area and is open all year long. With a refurbished and expanded polar bear habitat, a new endangered African penguin exhibit and more than 10 km (6 miles) of walking trails it will offer you a unique wildlife experience.

St. Lawrence Market is a Toronto landmark and is the largest indoor market in the city. Located at the corner of Front and Jarvis St., the main activity is centered in the South Market with two floors of vegetable and fruit markets, butchers, cheese stores, fish stores and other grocers, restaurants and cafes. Across the street on Front, the North Market is bustling on Saturday mornings during the summer months when local farmers bring their wares into the city.

Toronto’s answer to New York’s Broadway. The main center of activity in the Entertainment District is along King Street. The Toronto Entertainment District is home to many of the nation’s most important and recognizable cultural landmarks including the CN Tower, Rogers Center, Air Canada Center, Bell Media, Metro Toronto Convention Center, Roy Thomson Hall, Princess of Wales Theater, Royal Alexandra Theater, the Four Seasons Center for the Performing Arts, Ripley’s Aquarium of Canada, Toronto Railway Museum and more. It is where four major-league sports teams play in their home venue, throughout the year. It is an area with layers of history and experience. In addition to being a center for nightlife, dining, live entertainment, comedy, film and professional sports the Entertainment District is a workplace and a desirable neighborhood.

With more than 2 million visitors each year the Toronto Islands are one of the city’s top attractions. Especially on a nice summer day it’s a perfect place to relax and enjoy the weather. Ferries depart from the city ferry docks at the foot of Bay Street, and the three island destinations are just a 10-minute boat ride away. Don’t forget to visit the famous maze and get lost or visit the Artscape Gibraltar Point.