Top 7 Things To Do In Vaduz 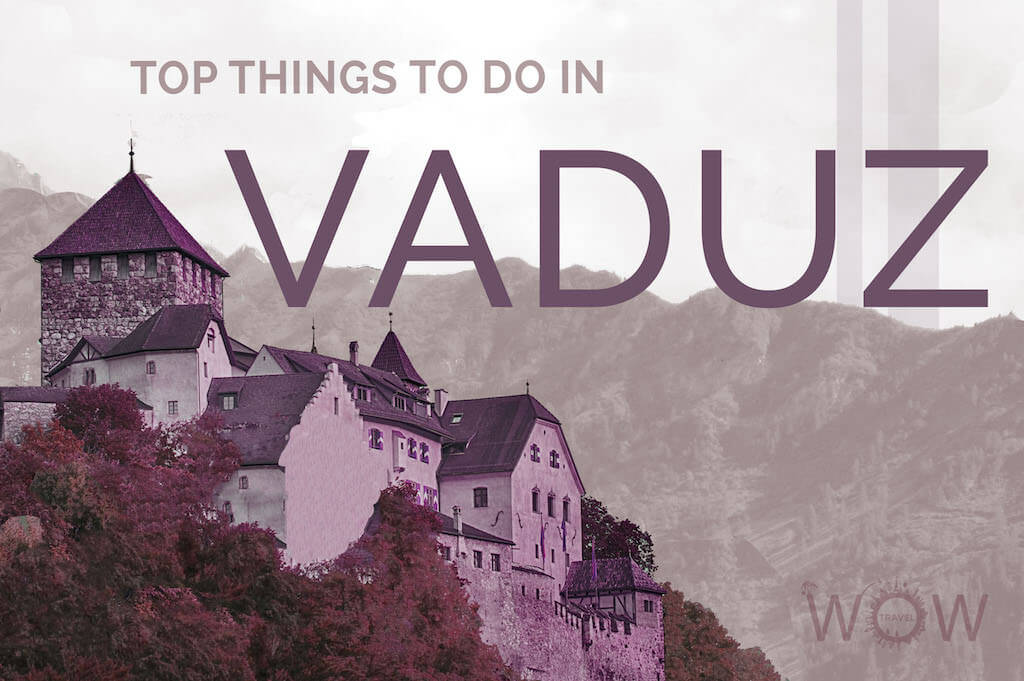 Located along the Rhine, lies Vaduz, the capital of the Principality of Liechtenstein. It is important for our readers to know that this small yet great country is part of the Schengen Area and so its borders are open, but it’s not part of the European Union so they do not use the EURO, but the Swiss franc. Liechtenstein is mountainous and it is most popular as a winter sports destination. Nevertheless, it offers hiking and biking routes in the summer. The most popular landmark of Vaduz is Vaduz Castle, the home of the reigning prince of Liechtenstein and the Liechtenstein princely family. The castle is visible from almost any location in Vaduz and the city is so small you may run into the monarchs themselves.

There are great hotels and excellent restaurants, it is an extremely safe city and it receives with open arms to all visitors. WOW Travel shares with you The Top 7 Things To Do In Vaduz.

The Red House is a stepped gable house with adjoining residential tower and Torkelgebäude befindete in Vaduz means village. While walking around the town you will be able to see the house from a distance because its built on a mountain. The house gets its name from the dark-red color the building has had since the middle of the 19th century. Documents show that work began on another construction on the same site several centuries earlier, before being abandoned in the 15th century.

Designed by the architects Meinrad Morger, Heinrich Degelo and Christian Kerez, the eye-catching black cube in the center of Vaduz houses the Liechtenstein Museum of Fine Arts. The museum’s collection covers works from the 19th century up to the modern day and includes important pieces – in particular sculptures, objects and installations – created by well-known artists.

Vaduz Cathedral, also known as the Cathedral of St. Florin, is a huge neo-gothic church and the seat of the Archdiocese of Vaduz. It is an iconic landmark in Vaduz.

Home of the royal family of the reigning prince of Liechtenstein, The Vaduz Castle perched 120 meters (393 ft) above the capital Vaduz. The castle is over 700 years old and underwent major restorations between 1905 and 1920. It is the landmark of the capital of Liechtenstein and visible from far away. As the royal family still lives in Vaduz Castle, it’s unfortunately not open to the public but you can climb the hill, stroll around the castle perimeters, and view the city from atop.

The Old Rhine Bridge is a wooden covered bridge that connects the communities and Vaduz Sevelen. The Rhine river forms the border between Liechtenstein and Switzerland and for centuries there have been bridges crossing the Rhine at this spot. The present wooden bridge dates from 1901 and was even used for motorized traffic until 1975. Inside the bridge, you can see where exactly you cross the border between Liechtenstein and Switzerland.

This is the main city center and a very beautiful pedestrian street, offers visitors the chance to shop, dine, relax and explore the cultural highlights. The center of Vaduz is referred to by locals as the “Städtle” (“small town”). It is the heart of Liechtenstein’s capital and. From modern art and historical collections to outdoor cafés, restaurants and boutiques, Das Städtle has it all. The area between the government district and the town hall is pedestrianized and closed to cars.

With its own wine cellar, the Prince of Liechtenstein’s royal winery in Vaduz invites you in for a wine-tasting session. Only the best quality grapes from vineyards that are pampered by the mild climate of the Föhn wind are used to prepare the wines in the winery’s own cellar. Splendid wines and true rarities have given the princely estate its reputation as a renowned winery. Being just ten minute’s walk away from the centre of Vaduz, surrounded by vines and with a view of the princely castle, the royal winery is well worth a visit to taste or to stock up your own wine cellar. Source: wanderland.ch