Top 8 Things To Do In Denver 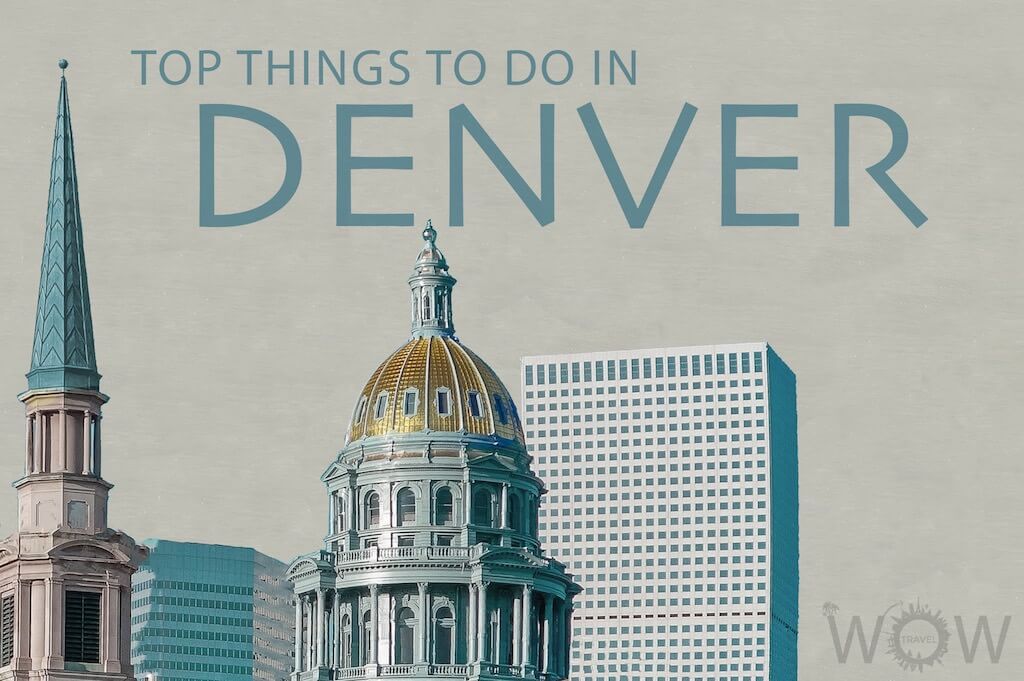 Located 1.6 km (1 mile) above sea-level, Denver (the capital of Colorado), is an oasis in the vast cultural desert of middle America. Denver is one of the greatest cities in North America and has plenty to offer everyone. From the museums to the gardens, to the zoo, to the restaurants and more. Check out our Top 8 Things To Do In Denver.

Dever’s Botanic Gardens is a dynamic 24-acre urban oasis in the heart of the city, offers unforgettable ways to flourish with unique garden experiences for the whole family – as well as world-class education & plant research.

If you’ve got baseball in your blood, you have to make a stop at Coors Field. Opening in 1995, Coors Field became the first baseball only park built in the National League since Dodger Stadium in 1962. It is the home field of the Colorado Rockies, the city’s Major League Baseball (MLB) franchise and the park has the highest elevation in Major League Baseball. There are tours available as well, that provides a behind-the-scenes look.

Denver Zoo is home to more than 3,500 animals representing 650 species. A leader in conservation, Denver Zoo has championed 495 conservation and research projects in 53 countries.

LoDo is one of Denver’s most talked about areas in the city is LoDo located near Coors Field. The historic 28-square block of Lower Downtown Denver is the oldest and original settlement of the city of Denver. It boasts the largest concentration of Victorian and early 20th-century buildings in the United States. Nowadays it is home to some of the city’s best-known restaurants, art galleries, shops, boutiques, sports bars and brewpubs. make sure to walk around Larimer and Blake Streets, and around Larimer Square.

The golden-domed Colorado State Capitol is one of the prominent features in Denver’s skyline and an iconic symbol of unparalleled historical significance in the state. It is the home of the Colorado General Assembly and the offices of the Governor of Colorado. Designed by architect Elijah E. Myers, the building is intentionally reminiscent of the United States Capitol. The dome itself is covered in copper panels that are gilded with with 200 ounces of 24K gold from a Colorado mine. The gold was first added in 1908 to commemorate the Colorado Gold Rush.

Take your time & leisurely ride or pedal fast & race your way along the Cherry Creek Trail. The Cherry Creek Trail is a 39.6 km (24.6 mile) recreational trail for pedestrian and cycling that runs from the heart of Downtown Denver southeast through the city along Cherry Creek. It eventually passes by Cherry Creek Reservoir continuing under Highway 470 then through the City of Parker. Along the way you’ll enjoy the views of the  Rocky Mountain and the city skyline.

Built in 1982, the 16th Street Mall is a tree-lined promenade of red and gray granite that runs through the center of Downtown Denver. It is the premier pedestrian environment in the Rocky Mountain Region, home to over 300 locally owned/chain stores, over 50 restaurants, and the Denver Pavilions.