Top 8 Things To Do In Dortmund 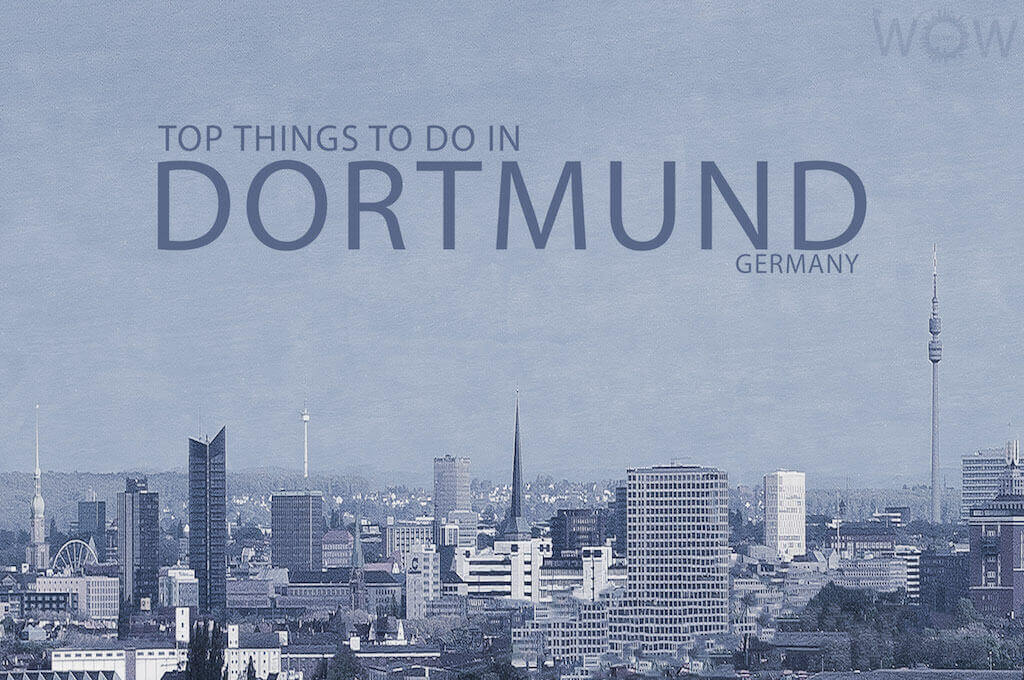 Located in the North Rhine-Westphalia region, Dortmund is one of Germany’s most eclectic and dynamic 21st-century cities and a center of high-tech industry. The former “steel city”, developed into a modern and cultural city, it is well-known for its excellent shopping, beer, and football and has many things to offer. From its spacious green parks (like Westfalenpark and Rombergpark) to its many interesting monuments and ancient buildings. The old part of the cihty is really astonishing as well due to its 18th-century quarters, ancient churches, cathedrals, and picturesque squares. Get started with our Top 8 Things To Do In Dortmund.

The Lutheran Protestant Church of St. Reinold is the oldest extant church in Dortmund. it is dedicated to Renaud de Montauban, the patron of the city. The present building is a late Romanesque church with a late gothic quire. St. Reinold’s was built from 1250 to 1270, and is located in the center of the city, directly at the crossing of the Hellweg (a historic trade route) and the historic road from Cologne to Bremen.

The Alter Markt and Altes Stadthaus

The central feature of the Old Town of Dortmund is the Alter Markt, the Old Market, a large pedestrian-friendly area that can trace its roots back to the 12th century when town merchants and tradesmen would display their wares here. It remains a popular shopping area to this day, and is home to numerous shops, boutiques, and galleries, as well as cafés and restaurants. Historical highlights of the square are its old fountain, added in 1901 as a drinking trough for animals, and the Old Civic Hall, or Altes Stadthaus, a fine Neo-Renaissance structure built in 1899. A notable feature of the building’s façade is the large eagle representing the city of Dortmund. Another nearby old building worth seeing is Berswordt Hall, the Town Hall. Source: planetware

The Port Authority Building which is also a popular stop for photographers, shows the history of the port, a functioning model of the port on a scale of 1:500, and a Captain’s bridge. Maps and models from maritime, coastal and inland navigation give this exhibition the flair of maritime life with seagulls, shanties,cranes and containers. Source: dortmund-tourismus

For a long time the Boulevard Kampstraße had a shadowy existence as parallel street to the Westenhellweg and Ostenhellweg – but it has now become a grand boulevard. Additionally, the specialist stores on offer here guarantee an attractive shopping experience. Right next to the Kampstraße is the Kleppingstraße, an expensive shopping street with prestigious shops.

The Zollern Colliery is part of the European Route of Industrial Heritage. It was built at the turn of the 19th century as a symbol of the industrial strength of the then biggest mining company. When it was opened in 1898 it was regarded as a model coal mine. Abandoned in 1966, the colliery was reopened in 1999 as a museum of the social and cultural history of the Ruhr area. Permanent displays and special exhibitions in the restored surface buildings give visitors an idea of the work of a coal mine at the end of the 19th century. The coal loading terminal, the former mine train station and a pithead frame visitors can climb are some of the attractions. In the housing estate outside the colliery gates visitors can see how miners and their families used to live. Source: live-like-a-german

The U-Tower or Dortmunder U is a former brewery building. Nowadays it serves as a center for the arts and creativity, housing among other facilities the Museum Ostwall.

Dortmund Opera was opened in 1904 and was destroyed by aerial bombing during World War II. The new opera house is on the site of another historic building, the Old Synagogue, which was destroyed by the Nazis.