Top 8 Things To Do In Greenland 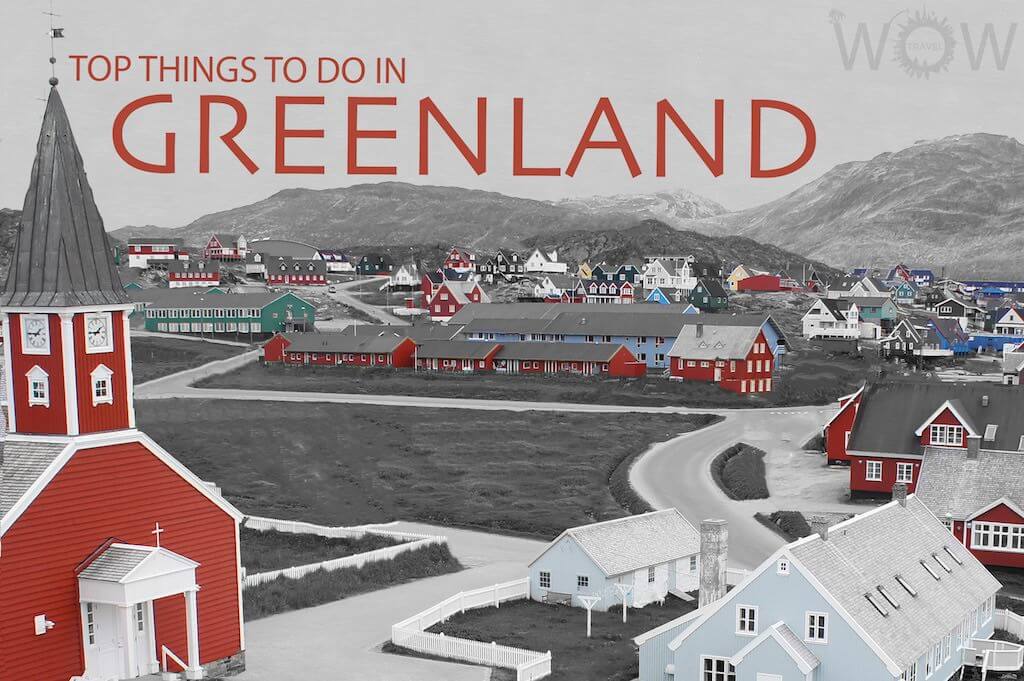 Located between the Atlantic and Arctic Oceans, geographically Greenland is part of North America, politically and historically it is associated with Europe and nationally it forms a part of Denmark. Greenland is a remote and cold country with a rich cultural history that spans back several centuries. It is a country that has preserved its incredible nature, wildlife and Inuit culture and offers travelers a unique and exciting experience. Check out our Top 8 Things To Do In Greenland.

The island of Uunartoq is home to the only hot springs in Greenland that are warm enough to bathe in. Water temperatures average is between 37C-38C (98F and 100F) degrees all year long. Uunartoq island is located in the Kujalleq municipality in southern Greenland, close to the settlement of Alluitsup Paa.

Greenland is one of the best places in the world to witness the Northern Lights. The Northern Lights are actually the result of collisions between gaseous particles in the Earth’s atmosphere with charged particles released from the sun’s atmosphere. The lights are seen above the magnetic poles of the northern hemisphere. Auroral displays appear in many colors although pale green and pink are the most common. The lights appear in many forms from patches or scattered clouds of light to streamers, arcs, rippling curtains or shooting rays that light up the sky with an eerie glow. The Aurora Borealis occurs all year round in Greenland but cannot be seen during the summer months due to the midnight sun. However, from early autumn the night sky is regularly illuminated by the Northern Lights’ green glow. The phenomenon is often seen around midnight and is best experienced on a dark, clear night from September to the beginning of April. Source: regent-holidays

With about 3,300 inhabitants, Qaqortoq is the largest city in South Greenland and perhaps the most beautiful town in Greenland. The town is very colorful. It sits in a “bowl” around the harbor and the sides of the hills are covered with multi-colored wood buildings. In the center you will find beautiful colonial buildings dating back to year 1775 when the municipality was discovered, and a small square with Greenland’s most ancient fountain. You will encounter several groceries, a bank, a post office, a bar and a café but not many shops. Because just about everything is imported, prices are extremely high here. Outdoor types will enjoy trekking down the hiking trails located through and around the town. You can also spend a day whale watching or exploring the nearby glaciers and fjords.

Located on the west coast of Greenland, 250 km north of the Arctic Circle, Greenland’s Ilulissat Icefjord is the sea mouth of Sermeq Kujalleq, one of the few glaciers through which the Greenland ice cap reaches the sea. These large pieces of ice had broken off from the most productive glacier in the northern hemisphere. The glacier flows about 30 metres per day producing approximately 20 billion tons of ice every yaer. Form the icefjord the icebergs get to open sea just in front of the city of Ilulissat and they start traveling north before turning south and running into the Atlantic Ocean. The Ilulissat Icefjord was declared a UNESCO Word Heritage Site in 2004 and it is a unique experience to have a closer look at these huge mountains of ice. Source: touristnature

Tasiilaq, formerly Ammassalik and Angmagssalik, is a village with a harbor surrounded by high mountains in the center of the east coast of Greenland. With 2,000 inhabitants as of 2013, it is the most populous community on the eastern coast. Most of the local people are still fisherman and hunters by trade and the town consist of a hotel, restaurant, post office, bakery, book shop, hospital, museum and the helicopter station. Sea kayaking, whale watching, fishing, helicopter rides or hiking the Flower Valley behind the town, are just a few examples of the available activities during the summer, while popular winter activities are skiing trips and dog-sled tours.

Take a day tour from the city of Ilulissat and see the beautiful icebergs of Ilulissat create the wing for the abandoned Eskimo settlement Sermermiut, which is situated 1.5 km (0.9 miles) south of the city. The different Inuit cultures have lived here during the last 4,000 years, and today you can still find artifacts, which witness their presence.

Nuuk is the capital and administrative center of Greenland  It is the seat of government and the country’s largest cultural and economic center. You’ll find a great mix of tradition and modernity, not to mention the astonishingly beautiful scenery. You’ll be surprised by the varieties this relatively small city can offer. Make sure to visit: The redwood Nuuk Cathedral and shop at Brugsen Market and Pisiffik Market.

The Blue River in Petermann Glacier, the largest floating glacier in the Northern Hemisphere, is kayaking heaven. The melting Petermann Glacier fills in the lower areas of the glacier and creates a clear blue water river. The filling pattern changes seasonally causing the river to change its shape. The vibrant blue color comes from glacial silt.