Top 8 Things To Do In Munich 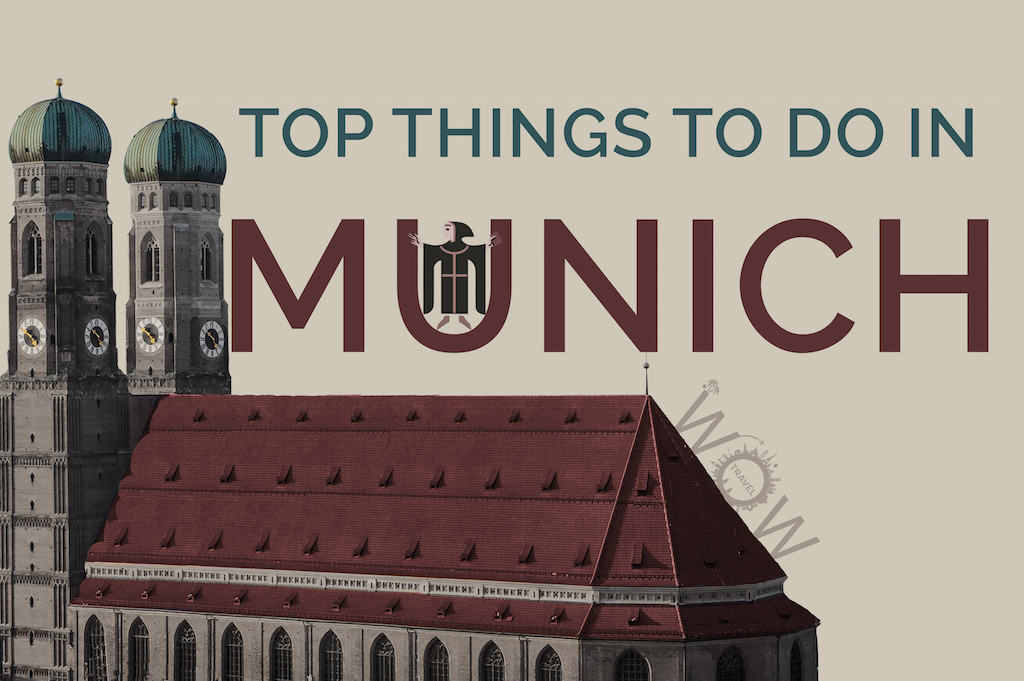 Munich’s motto is “München mag dich” (“Munich loves you”) however, after our last visit to this incredible city, we love Munich. How couldn’t we? It is home to many national and international events, great universities, amazing museums and theaters, numerous architectural attractions, international sports events, exhibitions, conferences and festivals like the famous Oktoberfest (which actually starts in September) and much more. Munich has the strongest economy of any German city and has the lowest unemployment rate so it is right to say it is one of the safest places for visitors of all ages, both individual travelers or families. Although it is a modern metropolis with excellent hotels and restaurants, it has managed to keep that traditional German lifestyle of the past, tourists can still visit places like the Viktualienmarkt, a daily food market and square with 140 stalls and shops for flowers, exotic fruit, game, poultry, spices, cheese, fish, and more. Munich welcomed us with open arms and it is waiting for you, too. Take a look at WOW Travel’s Top 8 Things To Do In Munich.

Located 14 km (9 miles) north of central Munich on grounds of over 80 hectares, Schleissheim Palace was the summer residence of the dukes and kings of Bavaria. It was completed in 1704 and was modeled after Versailles. The Schleissheim Palace complex actually consists of three different palaces from different periods – The Old Palace, the New Palace, Lustheim Palace, as well as a large baroque park in the village of Oberschleißheim. Construction of the New Palace was begun under Max Emanuel in 1701-1704 based on designs by Enrico Zuccalli and completed from 1719 by Joseph Effner. The palace park is one of the rare preserved baroque gardens in Germany and was arranged by Dominique Girard, a pupil of Le Notre in 1720.

The Nymphenburg Palace is one of Munich’s most impressive sightseeing highlights. The construction of the palace began in 1664 under Prince Ferdinand Maria, as a gift to his wife Adelaid after the birth of their long-awaited son, Max Emanuel. It was later expanded and used as the summer residence of the Wittelsbachs. King Ludwig II was born in this palace. The beautiful 200-hectare gardens were modeled after those of Versailles, border on Munich’s botanical garden and include two small lakes and four smaller “burgs” or mansions.

Standing at Marienplatz, in front of the city hall “Rathaus” you find yourself right in the heart of old town Munich. Marienplatz used to be home to medieval markets, celebrations, and tournaments; today, the square is a popular meeting place with its many cafes, restaurants and all kind of stores and it is always crowded and noisy with locals and tourists alike.

“The Munich Residenz served as the seat of government and residence of the Bavarian dukes, electors and kings from 1508 to 1918. What began in 1385 as a castle at the north-eastern corner of the town (the Neuveste, or new citadel) was transformed over the centuries into a magnificent palace, its buildings and gardens extending further and further into the town. The architecture, interior decoration and works of art collected in the Residenz range in time from the Renaissance, via the early Baroque and Rococo periods to the neoclassical era. They all bear witness to the discriminating taste and the political ambition of the Wittelsbach dynasty. The Residenz houses a number of museums and monuments maintained by the Bavarian Administration of State-owned Palaces, Gardens and Lakes (the Residenz museum itself, the Treasury, the Cuvilliés-Theater and the Allerheiligen-Hofkirche) along with other cultural institutions. The complex as a whole is one of the largest museums in Bavaria.” Source: residenz-muenchen

Established in 1789, the910 acre English Garden is one of the greatest and largest urban parks in the World. Munich’s massive green space is not only one of the biggest in Europe. Englischer Garten is where Munich locals go to escape the city, within the city, and where travelers can go for unforgettable sights and experiences. You’ll find streams, ponds, small waterfalls, a Japanese teahouse, beer garden (under the Chinese Tower) and even surfers catching the waves at the Eisbach, a man made river that feeds into the Isar.

The gothic-period Frauenkirche, or Church of our Lady, is a unique part of the Munich skyline with its two beautiful, massive and Inspiring dome-topped towers. One can see the towers of the Frauenkirche from quite far away, due to height restrictions that new buildings have to follow in Munich. The Cathedral is the seat of the archdiocese and it was built over a period of 20 years and completed in 1524. If you like climbing stairs of tall towers, then visit the South tower and ‘climb away’.

Viktualienmarkt, also known as the “city’s stomach”, is Munich’s outdoor farmer’s market. with 140 stalls and shops for flowers, exotic fruit, game, poultry, spices, cheese, fish, and more. Before leaving take a break in the small beer garden where you can enjoy some nice local beer.

The New Town Hall (German: Neues Rathaus) is a town hall at the northern part of Marienplatz in Munich, Bavaria, Germany. It hosts the city government including the city council, offices of the mayors and part of the administration. In 1874 the municipality had left the Old Town Hall for its new domicile.