Top 9 Things To Do In Fire Island 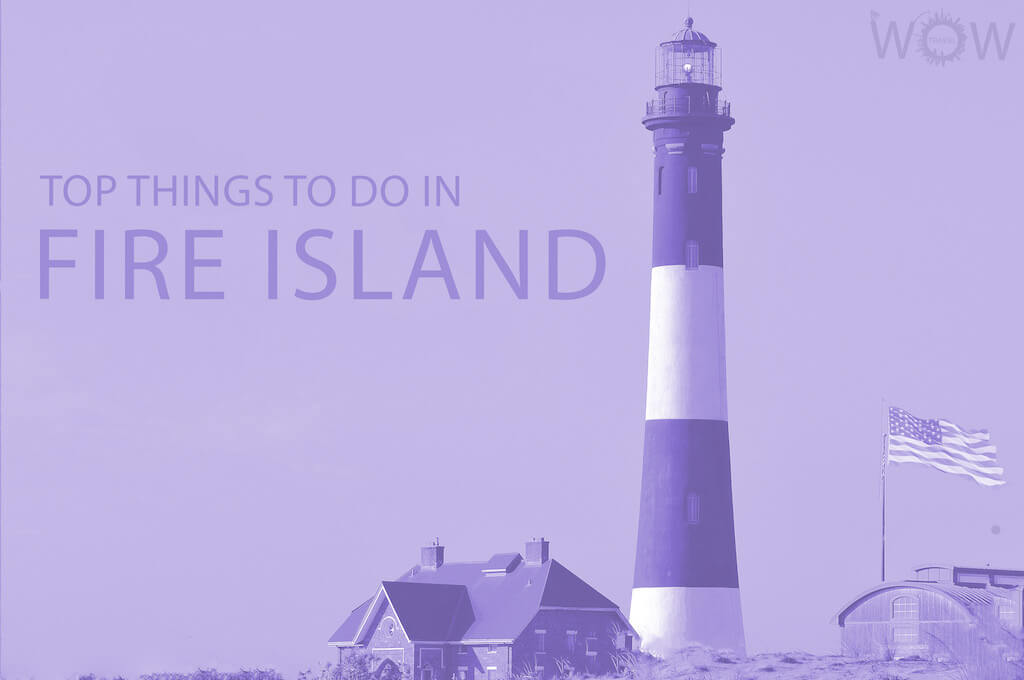 Off the coast of New York, there lies a long island chain known as the Long Island which penetrates the Atlantic Ocean. Now, Fire Island happens to be a long island stretch running almost parallel to the south of the Long Island. As the name suggests, the island itself has a very intriguing history which has indeed made it a fantastic tourist destination. After all, Fire Island has preserved its bittersweet relationship with nature, and it’s quaint creations. Visiting Fire Island on a short vacation isn’t a too lousy option, mainly because the place is literally on fire with its never-ending beauty and incredible landmarks. Even though on a map it will look like a small line being widened from the center, in reality, however, the case is very much different. The place, perhaps, doesn’t know what evolution is because you won’t find a car there which is in some way or the other an excellent thing. After all, traveling in cars all the time might be, and sometimes, a change is much need. So, let’s have a look at what this most extended barrier island has stored in for you and how it is sad if you are not putting Fire Island on your list.

With an area of around eight hundred and seventy-five acres, the state park is located at the end of the Fire Island, along the Atlantic Ocean. The park is famous for the eight-kilometer-long coast along the Ocean, giving a quaint overview of the vast stretch of the blue ocean waters. It was established in 1908, and hence is the oldest in the entire Long Island. It is one of the best places to enjoy the whole day with your family.

Fire Island Lighthouse was first built on the western frontier of the beach facing the Atlantic Ocean in 1826. At the beginning of the construction, the lighthouse was seventy-four feet tall. However, in the following years, many renovations have been done, and the lighthouse which now stands on the beach is a modern version. On the top, there is a small preservatory room where you can see the Fresnel lens and other artifacts from that time. Fire Island lighthouse is a part of the Fire Island Light Station along with the Keepers quarters and boathouse.

As the name sounds, the forest is sunken behind the huge curtains of the dunes along the coast of the Atlantic Ocean. It is the rarest gem of the Fire Island and is said to be the most precious jewel. The trees of the forest almost date back to three hundred years old, with the dominating species of American Holly or Ilex opaca. Other trees are also there which stand straight on the forest land, being the sassafras, shadbush and the Juneberry.

Just like Robert Moses State Park, Smith Point County Park is located on the eastern side of Fire Island facing the Atlantic Ocean. The name of the park has been kept after the Smith Point peninsula on the Bellport Bay. This state park is known for surfing, and other beach activities, which attracts a lot of tourists from New York City and other parts of Long Island. There is a separate fenced area which is nothing but the nesting ground of the seabirds.

Located on the southern part of the barrier island, Ocean Beach is a famous tourist destination, thanks to the fantastic features of the place. The beachfront faces the Atlantic Ocean, thus providing an amicable location and the abundant sports areas. Also, there is a small nightlife area which provides an adventurous activity within the Ocean Beach village. The long coastal stretch provides a calm sidewalk by the Ocean. Spending time in the town of Ocean Beach is full of life and jolliness.

Located at the central part of the island, Sailors Haven is said to be the crown of Fire Island. Though Sunken Forest is the main attraction, Sailors Haven offers some other engaging sites also, especially the beaches and the dunes. Most of the visitors engage themselves in collecting some rare pieces of sea shells from the sand. The fish tanks inside the visitor center portray the marine life of the area. You can easily collect the souvenirs from the shops inside Sailors Haven, and enjoy yourself with the lively food.

Davis Park is a small community or a private property along the east of Fire Island, and is segregated into three different regions- Leja Beach, Ocean Ridge, and Center Walk. The community has wooden boardwalks, which gives a tranquil feeling to the surroundings. There is no light except a handful of ones near the Marina. So, gazing at the stars filling the night sky without the interruptions from the lights is a pastime activity of both the locals and the tourists.

Lying on the westernmost edge of Fire Island, the town is perfect for everyone, including families, singles, and couples. The community is quite small, but whatever it has to offer is enough to keep you overjoyed for a day. There is a tennis court in the inner parts of the place for passing the time. For the children, there is a kid’s park just beside this tennis court. The nude beach is only a few kilometers away from the central part of the community.

This wilderness area is stretched over an area of 1380 acres and is included within the Fire Island National Seashore. Here, you will find pine trees and wetlands covered with the grassy surface. There are a few dunes even though Otis Pike isn’t a part of the beachfront facing the Atlantic Ocean. However, these dunes are dominated by the herons, the waterfowl, and the white-tailed deer. The only beach area you will have is Bellport Beach located at the center of the wilderness.