Top 9 Things To Do In Liverpool 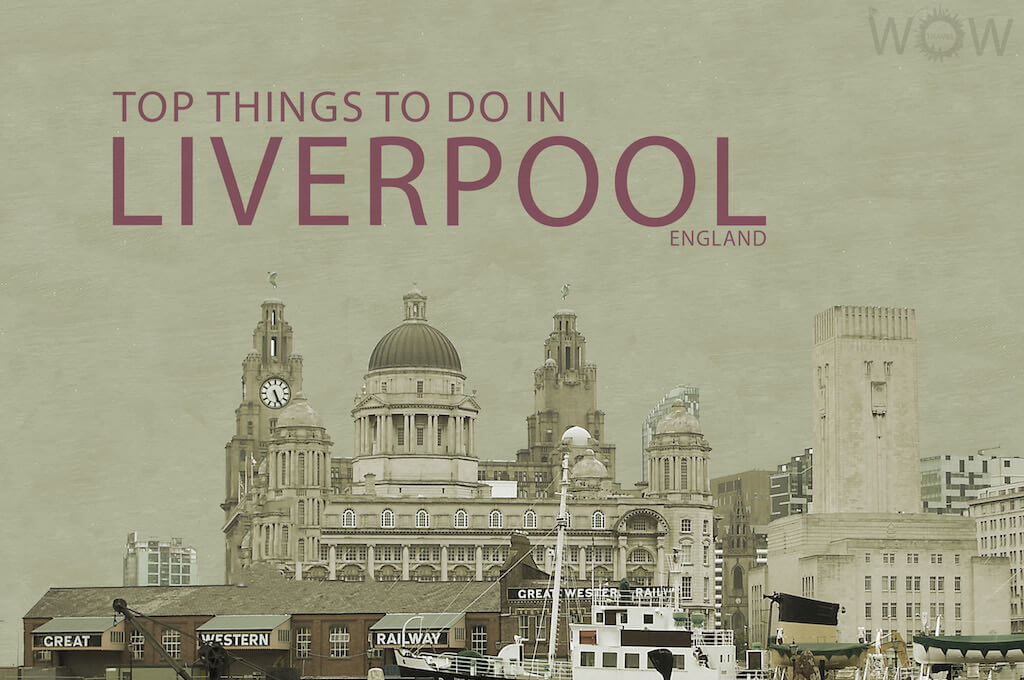 Liverpool is the 7th largest city in Britain and was once one of the world’s largest ports. Besides the obvious fact that The Beatles come from there, Liverpool is well known for its industrial heritage, having built the first dock and inter-city passenger railway line. Nowadays, the city’s waterfront is a designated World Heritage Site and it was awarded Capital of Culture due to its many art galleries and museums. To get started, check out our Top 9 Things To Do In Liverpool.

St George’s Hall, a building in Neoclassical style, opened its doors to the public in 1854, over 10 years after it was first commissioned. The Hall was built to provide a venue for the triennial music festivals. On top of this the courts were added as Elmes had been commissioned to design both buildings, and due to funding ‘issues’ they were combined. The look of a Greek temple outside, combined with the appearance of a Roman bath inside, makes this one of the country’s finest Victorian municipal buildings.

Albert Dock is the most-visited free tourist destination in North West England, home to world-class museums, galleries, restaurants, bars and shops. Located in a spectacular World Heritage waterfront setting, Albert Dock is the largest collection of Grade I Listed buildings in the UK. Visitors can enjoy a selection of bars, cafés and restaurants to suit every palate, a range of gift shops to browse, and a full events program throughout the year.

From the very early days of its origins through to its completion in 1978 after 74 long, hard, but rewarding years, the unfolding story of this great cathedral, the largest in the whole of the United Kingdom and the fifth largest in the world, is both fascinating and quite unique. Liverpool Cathedral was built of red sandstone with a copper roof and its 100 meter (330 ft) high tower contains a carillon with 2,500 bells. It survived 2 World Wars, periods of recession and great hardship in this once famous and important port of Liverpool to become a tribute to the dedication of a great many people and their skills.

Situated at the north end of Hope Street where it meets Mount Pleasant, Liverpool Metropolitan Cathedral is the seat of the Archbishop of Liverpool. It is the heart of diocesan celebration and daily worship of God. The Metropolitan Cathedral of Christ the King is the result of the fourth attempt by the Catholic Church to build a mother church for the diocese of Liverpool. The fifth Archbishop of Liverpool, Doctor John Heenan, launched a competition in 1960 inviting entries from all over the world. Over 300 submissions were received. An ambitiously modern design by Frederick Gibberd was eventually selected and construction work began in 1962. The Grade II listed building opened its doors to the public on the Feast of Pentecost, 14 May 1967.

Mersey Ferrys made famous by Gerry and the Pacemakers with their song “Ferry Cross the Mersey”. This popular song is played every time the ferry prepares to dock at the Liverpool landing stage. The River Mersey has an incredibly rich and varied history and the ferry service itself is more than 850 years old, It is used as both a tourist attraction and by commuters.

Situated at the entrance to the oldest Chinatown in Europe is this dazzling arch, a present from Liverpool’s twin city of Shanghai in 2000. The arch was made from block components which were shipped from China to Liverpool in five large containers. Containing 200 hand carved dragons the arch was constructed by a team of 20 workers from Shanghai in under 90 days. It is now fitted with colored lights which change every few minutes. The area is packed with Chinese restaurants and is a great place for an inexpensive meal in the evening.

Speke Hall is a rare Tudor timber-framed manor house in a most unusual setting on the banks of the River Mersey. Restored and brought back to life in the 19th century, it is a unique and beautiful mixture of Tudor simplicity and Victorian Arts and Crafts’ aesthetics. Built by the devout Catholic Norris family, this beautiful building has witnessed more than 400 years of turbulent history. From the Tudor period when a secret priest hole was an essential feature, to years of neglect and decay in the 18th and 19th centuries and then being dragged into the Victorian era of improvement and technology, the Hall has seen it all. In the 21st century, Speke Hall and its surrounding estate now provide a real oasis from the hurly burly of modern life. The Hall is surrounded by beautiful restored gardens and protected by a collar of woodland. Source: nationaltrust.org.uk