Top 9 Things To Do In Manchester 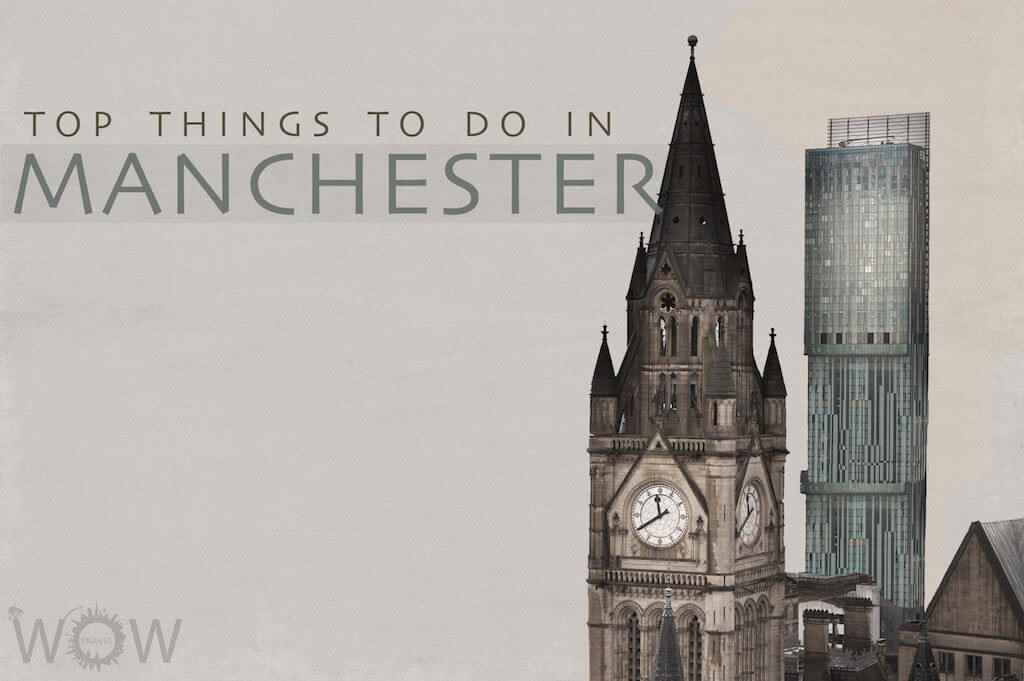 Manchester is a special city in North West England with a rich history and culture. This once largest industrial metropolis has transformed itself into England’s edgy northern capital – it’s the home of some of Britain’s biggest music legends, iconic landmarks, a multitude of shopping, thriving arts, culture scene, world-famous sports and entertainment facilities. Take a look at the Top 9 Things To Do In Manchester.

“Manchester has and will always have a place in my heart – this vibrant, cosmopolitan city has such a unique character and can-do attitude, you might never want to leave!” Emma, New York

Home to some of the best pop-up bars and restaurants in the city, Spinningfields is a premium area of Manchester that changes every day. Go there to see celebrities hanging out in bars like Neighbourhood or Artisan, shop for your favorite high-end fashion labels or wait for the sun t come out and enjoy the outdoor cinema with a cold drink. Source: vitastudent

Manchester Chinatown Wedged between Moseley and Portland Streets, it’s a riot of color and flavor; with oriental supermarkets, Chinese medicine shops, casinos and many restaurants serving up Chinese, Japanese, Nepalese, Vietnamese and Thai food. The most striking feature is the delightfully ornate Imperial Arch that welcomes you into Britain’s second-largest Chinatown. It wasn’t until the 1940s that the Chinese started to arrive in Manchester, with the first Chinese restaurant being the Ping Hong in Mosley Street, opening in 1948.

Stroll around the lake or around this absolutely huge park that offers a lot for families to walkers or runners. There are children’s play area, 5 a side football pitch, Tennis courts, Bowling greens, Veterans pavilion, BMX track, Boathouse, Skatepark and the famous Platt Hall.

Located in the heart of Manchester, John Rylands Library, is a gorgeous late-Victorian, neo-Gothic building and an architectural masterpiece. The Library holds a world-class collection of books, including the oldest known piece of the New Testament and Chaucer’s Canterbury Tales.

Castlefield is the most beautiful area to go for a drink. Located alongside the Bridgewater and Rochdale Canals, the Museum of Science & Industry and the old Roman fortress on Liverpool Road, it houses some of Manchester’s best independent bars and pubs together with some of the city’s finest restaurants. A wonderfully historic setting, Castlefield is an area you can’t help but fall in love with and, when bar culture really hit Manchester in the mid-1990s, stylish Mancunians, footballers and celebs flocked to its trendy canal-side bars. Source: manchesterbar

The ‘Curry Mile’ is a must-visit for lovers of Indian, Pakistani and Middle Eastern foods and culture. Though not technically a mile long, the stretch of Wilmslow Road that runs through Rusholme is home to an impressive collection of restaurants, shisha bars and world food markets.  Source: theculturetrip

Located on Albert Square is the magnificent neo-Gothic styled Manchester Town Hall. It was designed by Alfred Waterhouse and completed in 1887. At the front main entrance sits a statue of the Roman Governor, Agricola, founder of the original fort of Mamuciam, from which the city began. The best way to see the building is to take a guided tour that takes you through the main rooms of the Town Hall and then up to the Clock Tower where you can see every detail of how the clock works, its great bell, and some amazing views of Manchester.

The largest LGBT center outside of London, Manchester’s thriving Canal Street and Gay Village are lined with bars, clubs, restaurants and shops that are enjoyed every night of the week. It is also home to the UK’s most successful Annual Pride event with thousands attending to celebrate every year. Some of the top gay friendly hotels in Manchester can be found here. Source: vitastudent