Top 9 Things To Do In Marseille 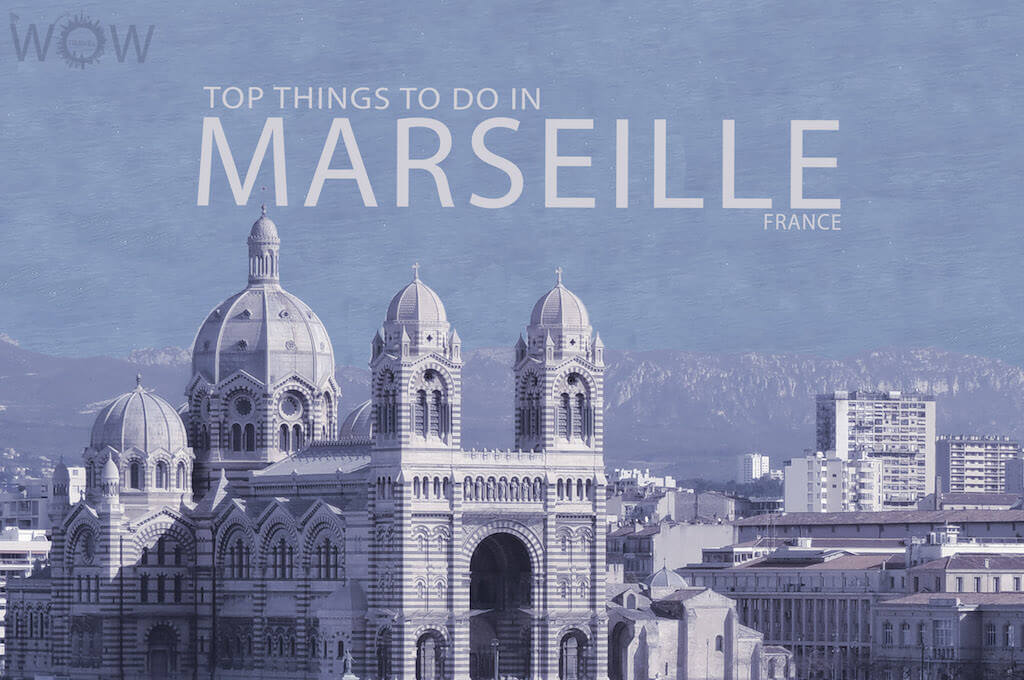 Marseille is a cosmopolitan, multi-ethnic French-Mediterranean port city and the capital of the Provence-Alpes-Côte d’Azur region in France. It is France’s oldest city and the second most populated city after Paris. Greek traders founded the place 2,600 years ago and after them came the Persians, Romans, Russians, Armenians, Vietnamese, Spanish and even north Africans – all leaving their distinct imprint on the city. Marseille usually gets bad reputation, but we found it very fascinating, a vibrant living city with an energy unlike any other place in France. Enjoy our Top 9 Things To Do In Marseille.

Marseille Cathedral is a massive Roman Catholic cathedral that was built in the 19th century. This ornately detailed building was built in the Byzantine-Roman style. It can hold more than 3,000 people and it has an astounding display of marble and artistic mosaics unheralded in its magnificence and unique splendor.

Notre Dame de la Garde is an iconic landmark, overlooking the city from its highest point. The interiors are particularly ornate and memorable.

The Old Port is where Marseille was founded over 2,600 years ago. This was the city’s commercial and military harbor for most of that time. It is hard to imagine this city without the old port. Today the Old Port is still a favourite spot for both locals and tourists and it is definitely a must see during your trip.

Despite the name, the Palais Longchamp is not a palace. It is an elaborate monument showcasing the importance of water to city of Marseille ever since it was founded by the Greeks in 600 BC. Visit the fountains at the 19th–century Palais Longchamp, flanked by stone lions and tigers.

On the opposite side of the port stands the square-towered basilica of Saint-Victor, dating from the 11th to the 14th century. With over 1000 years of history it is one of the oldest and most beautiful in Marseille. It houses a black Madonna that is particularly revered on the feast of Candlemas (2 February). After the service the tradition is to eat Navettes (hard biscuits shaped like traditional boats). Saint Victor also houses a macabre collection of relics of different saints, beautifully presented in cases decorated with gold filigree.

Take a boat to Chateau d’If, a fortress on a tiny island and the setting for Alexandre Dumas’ novel The Count Of Monte Cristo.Built by Francis I in 1524, the castle was used for several centuries as a state prison.

Situated on a hillside above the Old Port, this colorful neighborhood is the historic center and cultural heart of Marseille.

Follow La Canebière, Marseille’s glorious main drag. It is about 1 km (0.6 mile) long and runs from the Old Port of Marseille to the Réformés quarter. It has been called the Champs-Élysées of Marseille. Right to the very end it you will find yourself immersed in a souk-like sensory overload of spices, fabrics and exotic foodstuffs.

A calanque is a cove or rocky inletat – a narrow, steep-walled inlet that is developed in limestone, dolomit. “The Calanques” consist of 10-20 separate inlets ranging from Marseille to Cassis (over around 35 km / 22 miles if you walked them from end to end) and they are perfect outdoor attraction. The most famouscalanques are Sugiton, Morgiou and Vau. You can take a tour by boat or by walk for the best experience.