Top 9 Things To Do In Perth 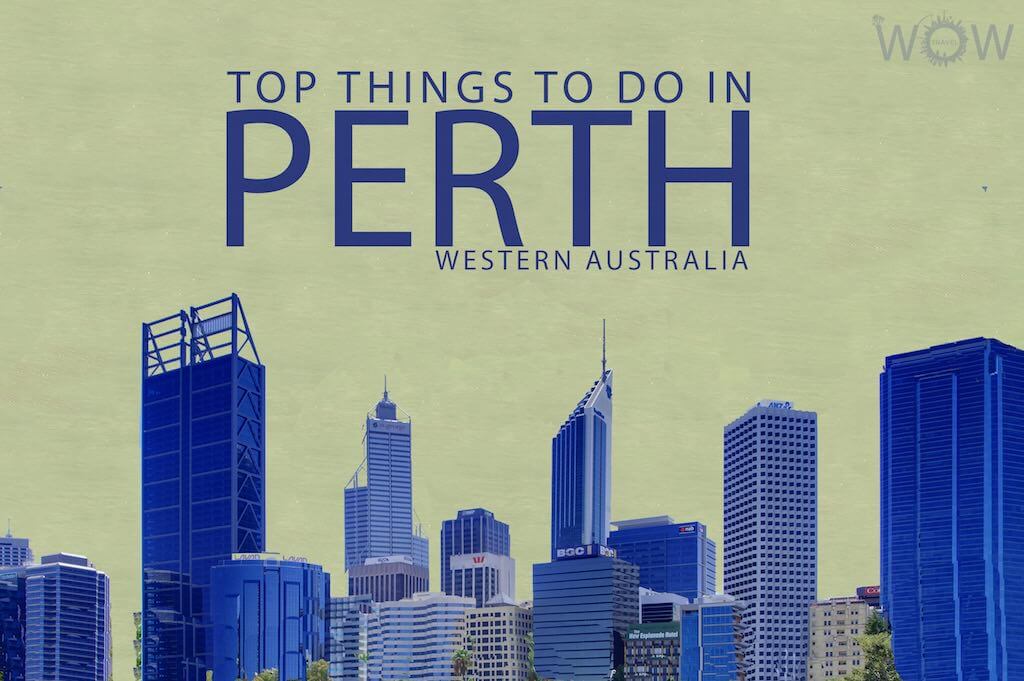 Perth, the capital city of Western Australia, is the most isolated capital city in the world. It is not quite the bustling metropolis that Sydney is, nor does it boast the quirkiness of Melbourne’s coffee connoisseurs and music lovers, but Perth is a vibrant, energetic city whose claims to fame includes picture-perfect beaches with Mediterranean climate, spectacular green parks, glittering skyscrapers, exotic wineries, funky neighborhoods  with beautiful colonial architecture and endless events and festivals. Here are the Top 9 Things To Do In Perth.

Kings Park is Perth’s favorite park and the largest inner city park in the world. It is internationally renowned for its plant displays, spectacular views and cultural heritage. Entry is free and it is always open.

The Perth Mint is Australia’s oldest operating mint and exclusive manufacturer of the country’s official Bullion Coin Program. This mint was established in 1899 and has carved out a niche in producing gold, silver and platinum coins. Perth Mint, where coins are struck and gold bars cast, welcomes visitors. With a variety of attractions, including a guided tour, a fascinating gold exhibition, the ability to mint-you-own-medallion and the world’s only 1 tonne pure gold coin. Perhaps the greatest highlights are the molten gold pour and the Shop where visitors can purchase stunning coins, natural nuggets, diamond rings and other fabulous jewelry as timeless reminders of time spent in the “Golden State”.

St Mary’s Cathedral is the cathedral church of the Roman Catholic Archdiocese of Perth, and seat of its Archbishop. The cathedral, originally constructed in 1865, has had an update addition completed in 2009 which was tastefully done and further enhances its charm rather than detracting from it.

Since opening in 1988, Hillarys Boat Harbour has been Perth’s Premier Recreational Destination – offering a wide range of unique experiences. Stroll along the boardwalk and take in the view, play mini golf or sit down for a gourmet meal at one of Perth’s most lively marinas.

Perth Zoo is one of the world’s leading conservation zoos, supporting local, regional and international projects designed to conserve species in the wild. At more than 100-years-old, it is a West Australian icon.

There are countless beaches in Perth for you to get your tan on or engage in water sports (just keep in mind that summer season brings with it the constant buzz of houseflies) – some of the more popular spots include Cottesloe Beach and its crystal clear waters, Scarborough Beach for a bout of surfing, Turquoise Bay for snorkeling, and others like Cable Beach, City Beach and Shoalwater Marine Park, where you can dive among shipwrecks and underwater creatures. Source: ladyironchef

The living heart of our city, the beautiful Swan River gracefully meanders its way through Perth until it finally reaches the Indian Ocean at Fremantle. Take in one of the most photogenic cityscapes from the Swan River and its foreshore, joining Perth locals for a walk, cycle, jog or picnic. Sailing and boating on the river and out at sea are very popular hobbies in Perth and there are many tours and cruises operators.

Fremantle Market is a busy indoor market with stalls selling food, local produce, clothes and handicrafts. It is open every weekend from Friday to Sunday and public holidays, beginning from 9am. Located at the southern end of the Cappuccino Strip the markets is housed in a grand Victorian-era heritage building that was constructed in 1902 and completely restored in 1975. It was then added to the Western Australian Register of Heritage Places.

Penguin Island is a unique nature reserve that is home to Western Australia’s largest colony of little penguins- the smallest species of penguin in the world. Located 45 minutes south of Perth & a 5 minute ferry ride across the Shoalwater Islands Marine Park, Penguin Island is blessed with beautiful beaches & surrounded by dazzling, crystal clear waters. Both locals and visitors from all over the world catch the ferry or take a cruise here to get up close to the wildlife, explore nature trails, swim, surf, snorkel or to enjoy a family picnic and the safe, sheltered beaches.

The endless events and festivals in and around Perth are just overwhelming:

Fringe World Festival is a summer celebration in Perth held annually over 31 days in January/February. With more than 100 shows happening across Perth, it is the third largest Fringe in the world,
Perth International Arts is the longest running international arts festival in Australia and Western Australia’s premier cultural event.
Lotterywest Film Festival is presenting the best new films from around the world at Australia’s finest outdoor cinemas.
Sculptures by the Sea is the world’s largest free to the public sculpture exhibition, at the famous Cottesloe Beach.
They also have the Moonlight Cinema, which is Perth’s favorite open air cinema, and even Rooftop Movies on top of a city carpark which is very popular.
Southbound is Western Australia’s only major music and camping festival, located in the beautiful South West town of Busselton, just a two and a half hour-ish drive south of Perth.
Disconnect Festival is a Contemporary Arts & Lifestyle Festival held in Fairbridge, an iconic and heritage listed village, just an hour south of Perth.