Top 7 Things To Do In Bangladesh 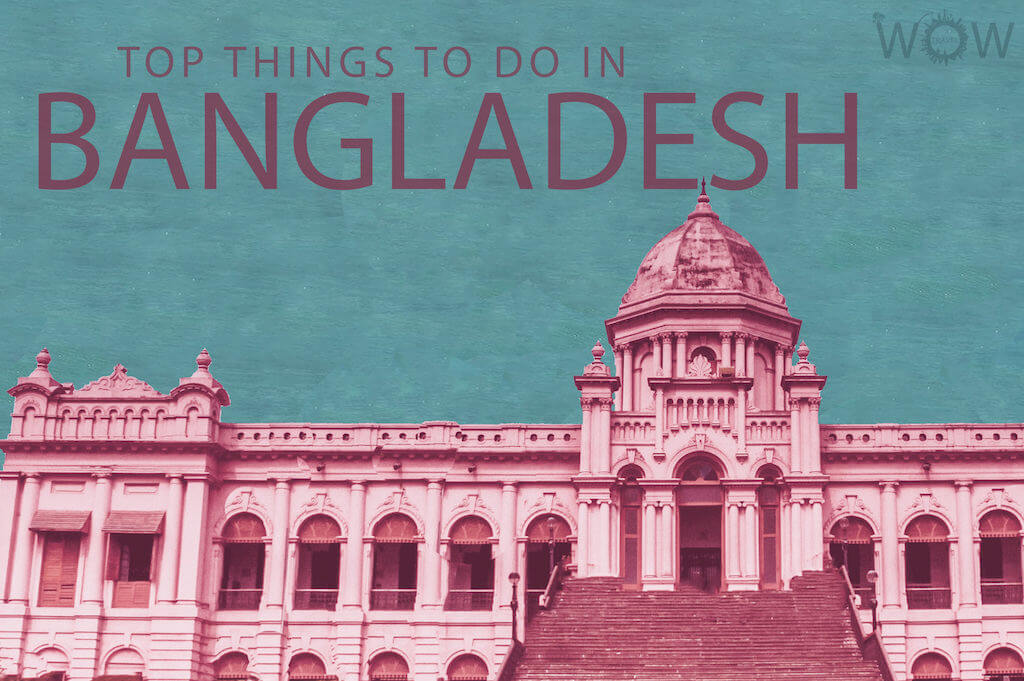 Bangladesh is a beautiful country (which most people skip) with exotic beaches, hills, forests, natural wonders and colorful cultural life. It has a delicate and distinctive attraction of its own to offer and it is definitely not a tourist haunt like Nepal or India. Here you will find historical buildings, archaeological sites, the world’s longest sandy beach and the world’s largest mangrove forest. Here is our list of the Top 7 Things To Do In Bangladesh.

Built in 1872 and standing on the river Buriganga, Ahsan Manzil is one of the most meaningful architectural heritage of Bangladesh, offers the visitors a feeling of the life-style of the Nawabs of Dhaka. Sometimes known as the Pink Palace, this building now houses a splendid museum. Basically, it was the residence of the Nawabs.

Cox’s Bazar beach is the longest unbroken sea beach in the world, running 125 km (77.5 miles). This place offers great respite from the madness of Bangladesh, and it’s dotted with religious sites too. The beaches get quite crowded and there’s plenty of accommodation to be found upon arrival.

Stretching across south-west Bangladesh and south-east India, the Sundarbans is the largest mangrove forest in the world. Its freshwater rivers merge with the salt water from the Bay of Bengal. This forest famous for the royal Bengal tiger.

Bangladesh is an important tea producing country. Its tea industry dates back to British rule. The area around Sylhet is traditional tea growing area covered with terraces of tea gardens and lush green tropical forests. A visit to the tea plantation in Sylhet is a memorable experience.

Shrine of Hazrat Shah Jalal, one of the most-visited Muslim pilgrimage sites in the world. It has become a place of pilgrimage for hundreds of devotees who come to the shrine in their droves from all over the country. The complex contains a mosque (masjid) and the main tomb (mazar ), both of which are accessed via the steps in front of you as you walk through the main entrance (East Darga Gate). Non-Muslims should remember to dress modestly and stay out of the tomb itself.

The Sixty Dome Mosque,a UNESCO World Heritage Site, is the largest in that country from the Sultanate period. It has been described as “the most impressive Muslim monuments in the whole of the Indian subcontinent.” Source: Wikipedia

Located in Old Dhaka, the Lalbagh Fort was built in the 17th century by the then Viceroy of Bengal, Prince Mohammad Azam, son of Mughal emperor Aurangzeb. the main components of the fort are a three-domed giant mosque with a water tank in front, a beautifully constructed tomb known as the Tomb of Bibi Pari (daughter of the Prince’s successor, Shaista Khan), and a hammam (Turkish bath).