Top 7 Things To Do In Valencia 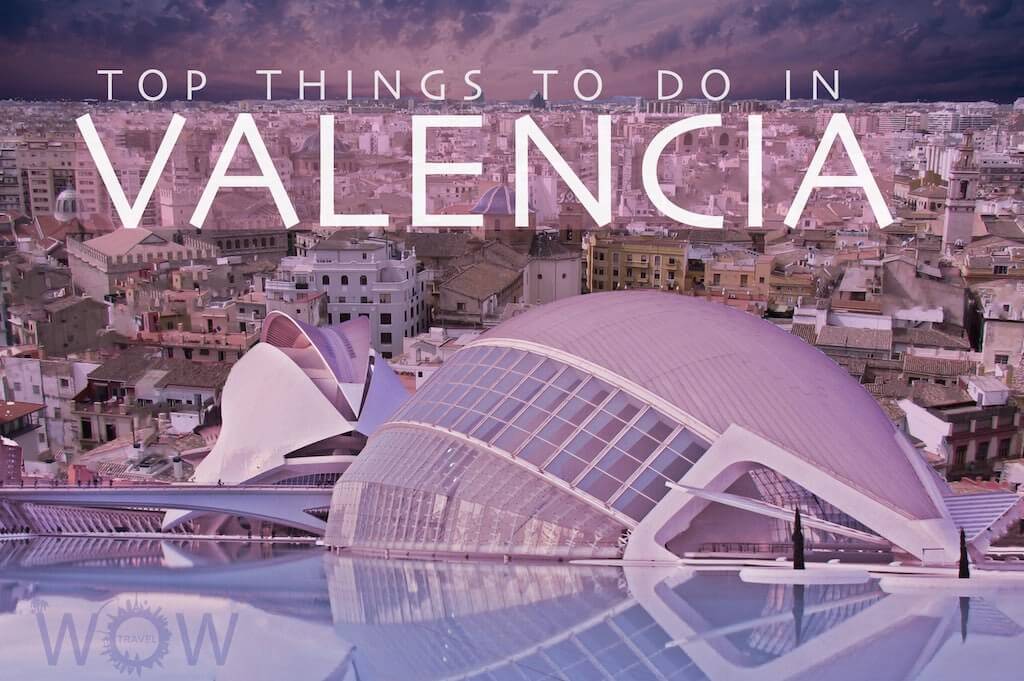 Sits on the East coast of the Iberian Peninsula along the Mediterranean, Spain’s third-largest city is not getting the attention it deserves, and it is still a bit of a hidden gem with a wealth of things to see and do. From cutting-edge architecture and some of the most innovative and avant-garde buildings to excellent museums, historical sites, markets and beautiful beaches. Enjoy our Top 7 Things To Do In Valencia.

Founded in the 13th century on the site of a mosque in the Plaza de la Reina, Valencia Cathedral is about 800 years old, but in its life it suffered many alterations, extensions, but also damage. Nowadays, it is a Roman Catholic Church, mostly famous for its claim of owning the Holy Grail, which is supposed to be the chalice used in the Last Supper.

City of the Arts and Sciences

Developed by the Valencian world-famous architect Santiago Calatrava, The City of Arts and Sciences is a large-scale urban recreation complex for science and cultural leisure. It is made up of five main elements: the Hemisfèric (IMAX cinema), the Umbracle, the Príncipe Felipe Science Museum, the Oceanográfico (the largest aquarium in Europe) and the Palau de Les Arts Reina Sofía.

La Albufera is a wonderful escape from the bustling city of Valencia. The park is home to the largest lake in Spain and one of the most important wetland areas in the Iberian Peninsula. it is a national park and surrounded by wetlands with about 250 different bird species.

Built in the early 20th century, the historic Central Market is an 8000 square meter building provides city dwellers with some of the area’s freshest and finest food, local fruits, vegetables, cheeses and cured meats, It is one of Europe’s oldest food markets, decorated with colorful ceramics and mosaics and the domed ceiling, has gorgeous sky-high windows.

The Plaza de la Virgen sits is a lovely square on the site that once was the forum of Roman Valencia in the heart of Valencia’s historic district. Surrounded by impressive buildings, it is a major gathering point for the festival of Fallas which occurs from March 15-19 annually. The Fallas It is a Valencian traditional celebration in praise of Saint Joseph. Each neighborhood of the city has an organized group of people, the Casal faller, that works all year long holding fundraising parties and dinners, usually featuring the famous specialty paella. Each casal faller produces a construction known as a falla which is eventually burnt.

Showcases Valencia’s most social and fashionable citizens, Calle Caballero is the hot spot for all of the young people visiting the city full of shopping, cafes and bars.