10 Hidden Gems You Must Visit In Croatia 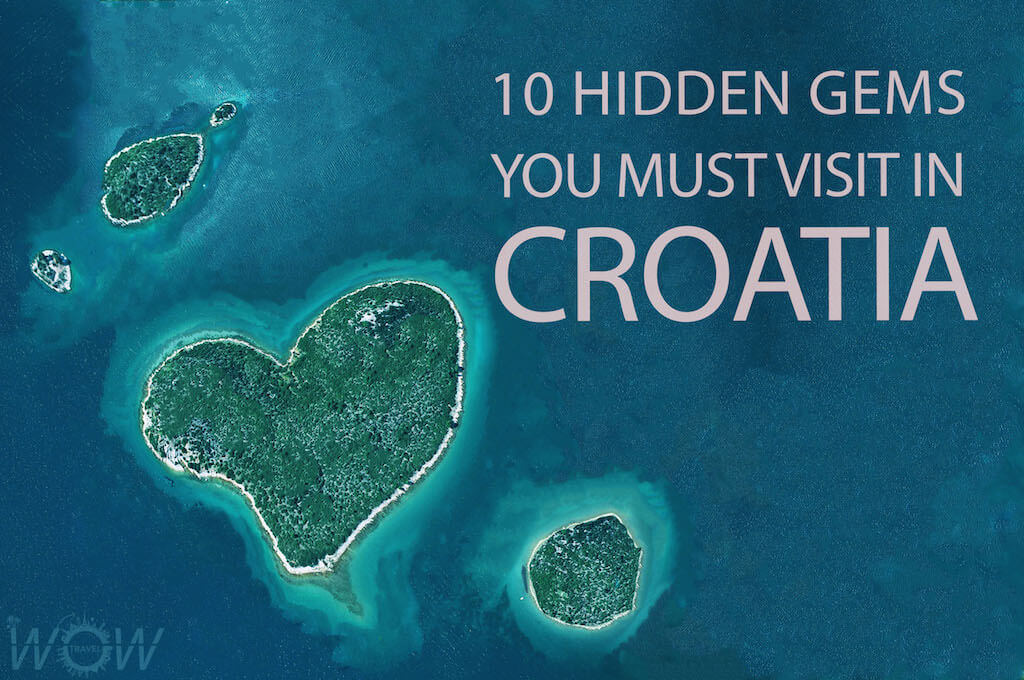 As one of the most popular tourist destinations in Europe, Croatia is a country known for places like Dubrovnik, Split or Zadar. But there is much more to it – unlike other Croatian destinations which are well known in European and global terms, these destinations have not yet caught the eye of an average tourist. Check out the 10 Hidden Gems You Must Visit In Croatia.
[booking_product_helper shortname=”croatia”]

Lastovo is the only Croatian island that was declared a Nature Park in its entirety; such is the diversity and uniqueness of its flora and fauna. A place without gigantic hotels or crazy nightclubs, it attracts those who seek a calmer holiday. The interior of the island is great for walking and cycling, especially if you wish to explore its almost abandoned villages or enjoy the local vineyards; the locals take great pride in their wines, and you must give them a try.

This town in Istria is literally the oldest tourist destination in the country – the first tourist facilities were built in the late 19th century when it was popular among Austrian aristocracy. Now it is the heart of the Lungomare Riviera, a 12-km (7.5 miles) long coastal string of settlements, known for luxurious gardens and hotels, spa and wellness centers. Opatija is a well-rounded tourist resort with a touch of class, earning it the nickname “the Nice of the Adriatic”.

Located in the westernmost part of the Istrian peninsula, Umag is a picturesque town best known for hosting the annual ATP Croatia Open. Also known as Umag Open, it’s a men’s tennis tournament played on clay. Held in July, it’s when the world tennis elite comes to enjoy Umag’s pebble and sand beaches (a rarity in Croatian terms), nightclubs and natural beauties. During the week of the tournament, Umag is at its peak, with dozens of parties held at different locations in what resembles an all-town festival. The town and its surroundings offer other sports as well, such as diving, golf, riding or hunting. Plus, if you would like to practice your Italian, there’s a distinct Italian community and the language is widely spoken.

Slavonia is the easternmost Croatian region. Often overlooked by tourists – something that the Croatian National Tourist Board is trying to change – it’s a place of exquisite gastronomy, rich folklore tradition and several important historical landmarks. The region’s capital is Osijek, a city somewhat resembling Budapest or Vienna in terms of architecture, although the real attractions lie in the countryside – Slavonian folklore and music and dozens of traditional meat delicacies such as “kulen’ (sausages) and ‘čvarci’. With endless fields of corn and wheat spreading in all directions (the land is especially suitable for agriculture), Slavonia represents rural tourism at its best.

The oldest national park in southeast Europe, established in 1979, is a mountainous area covered with thick forests and karst relief, but the true spectacle is the system of sixteen lakes intertwined by rivers and streams. Forming beautiful cascades and thundering waterfalls, it’s a sight to behold. Many endemic animal species live in the Park, and plant species are numerous as well. There are several walking tours, although, with its 3,000-hectare size, the park is simply too large to be explored in one day.

Vis is an island located pretty far from the mainland, which has its good and bad sides. It was virtually unknown to tourists before Croatian independence (there was even a Yugoslav naval base at the island, making it even more mysterious), and became a tourist destination long after the rest of Croatian coastline. This means that the island was pretty much left untouched by the urbanization of the late 1990s and early 2000s, when Croatian tourism gained worldwide exposure. That makes it one of the last places in the Adriatic to still feature the authentic Mediterranean atmosphere and lifestyle. A perfect destination for those who prefer a quiet holiday, Vis offers the clearest sea in Croatia, plethora of great local wines, and two fully equipped marinas for those who plan to visit it by boat.

Small, unpopulated, almost barren, without any man-made or natural landmarks, the island of Galešnjak was featured on covers of many magazines around the world a few years ago. What’s the catch? It’s shaped like a heart, something first noticed by Google Earth in 2009. Since then it became a hidden romantic gem for couples who come there to ignite the flame of love. Although it’s impossible to spend a night on the island as there are no hotels or accommodation of any type, the island is a place where young men propose their girlfriends in a truly unique setting.

Located just south of Rijeka, the island of Krk is connected to the mainland with a large bridge. One of the best choices for a family holiday, its settlements feature several historical landmarks (such as the centuries-old walls of Krk Town) and kid-friendly beaches. It’s closely tied to Rijeka and the rest of Kvarner region, which is why tourists often rent a car, and explore the area, with Krk serving as their starting base. Plus, the island attracts divers as the sea around the island has several great underwater attractions.

Brijuni is the archipelago of fourteen islands located westwards of Istria. Holding the status of a National Park, they are home to more than a thousand animal species and as many plant species. Once a resort of the Yugoslav president Tito, the islands feature a number of luxurious accommodation facilities, restaurants and spas. The Veliki Brijun, the largest of the islands, hosts the only Croatian safari park. Founded in the late 1970s, many exotic animals such as elephants, zebras, llamas and antelopes roam the park completely free.

Pašman is an island running along the coastline, near the town of Biograd. A vast majority of its surface is covered with greenery, earning it the nickname “the green gem of Croatia”. The sea around the island is crystal clear due to the local currents, and it has dozens of small, hidden pebble beaches. Since it’s only a few minutes away from the mainland if you take the catamaran (there is one every half an hour or so), visitors of Pašman can explore the rest of the central Dalmatia as well.