10 Most Unique Beaches On Earth 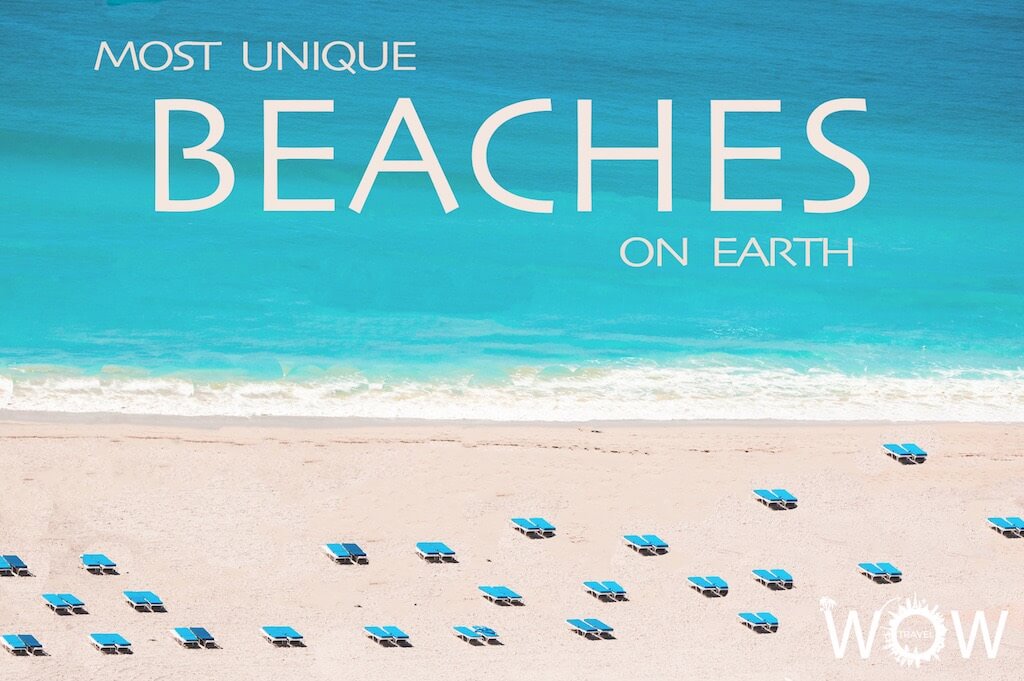 Beach always means happy times and good sunshine. It means refreshing cocktails, water sports, friends, family or why not me and my favorite book. The world is full of marvelous spots you have not seen yet but WOW Travel put together for you a list of 10 most unique beaches on earth.

The most expensive beach in the world – Monaco’s Playground for the Rich and Famous.

The longest beach in the world – Cox’s Bazar is a seaside town and a fishing port in Bangladesh. It is known for its wide and long sandy beach, which is considered by many as the world’s longest natural sandy sea beach with more than 120 km.

The most controversial beach – Egyptian Red Sea resorts are losing its appeal and trade has decreased in recent months in part due to the brutal military crackdown across the country which is scaring away world visitors. Violence in Egypt has prompted 15 countries to issue travel warnings since its first democratically elected president was overthrown in a military coup in July 2014.

The most romantic beach in the world – Cook Islands, a paradise of untouched beauty has the most romantic beach on earth. Want to getaway? As in really, truly, far away? The Cook Islands just may be the remote tropical paradise you’re looking for. Made up of 15 tiny islands – just 93 square miles of land, total – spread across the South Pacific between Tahiti and Samoa, the Cook Islands are a perfect honeymoon hideaway. With all the time it takes to get there, you’ll want to plan at least a seven-day stay, but trust us, once you’ve arrived, you won’t want to leave.

The best beach spas in the world – According to Trip Advisor Phuket has the largest amount of spas in one beach.

South West Australia has the World’s best surf beach – The warm water of the Indian Ocean creates huge storms that many times hit southwest Australia, bringing the biggest waves in the world to that area. So, if you love surfing and sharks are not a threat for you, this is the place to be.

The beach visited by most celebrities – Saint Barthélemy or St. Barts is a volcanic island fully encircled by shallow reefs. It has an area of 25 square km and is one of the best beaches in the world for Paparazzi due to the fact that thousands of famous people come every year to get tan. Beyonce, Jay Z , Enrique Iglesias, Ryan Seacrest and Matt Damon are just some examples of the celebrities that visited it recently.

The best photo-shoot beach – Seychelles is an archipelago in the Indian Ocean. The 155-island country, whose capital is Victoria, lies 1,500 kilometers east of mainland Southeast Africa and it’s the most popular spot for shooting movies and documentaries by National Geographic and other filmmakers in recent years.

The best artificial beach in the world – The Palm Islands are two artificial islands, Palm Jumeirah and Palm Jebel Ali, on the coast of Dubai, United Arab Emirates. Palm Jumeirah takes the form of a palm tree, topped by a crescent. The islands are hosts to a large number of residential, leisure and entertainment centers and will add a total of 520 kilometers of non-public beaches to the city of Dubai.