9 Most Beautiful Hot Springs Around The World 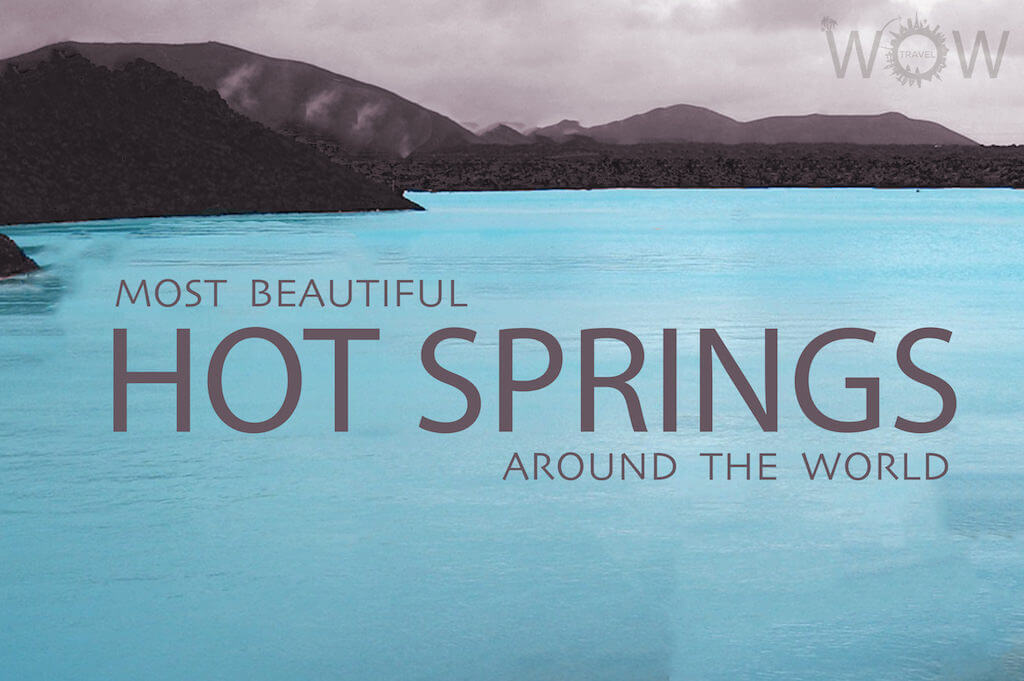 Thermal baths are one of the most amazing natural wonders you can encounter while traveling. Soaking in the relaxing hot waters is something everyone should try at least once. Check out these 9 Most Beautiful Hot Springs Around The World (3 of them are in Japan!).

One of the best hot pools in Japan is also one of the most scenic with its beautiful riverside setting of Takaragawa Onsen, combined with its healing waters. Two hours from Tokyo, the onsen has four large outdoor baths (three mixed and one women-only), two indoor areas and several baths. The water has a reputation for helping nervous disorders, bad circulation, skin irritation, sore muscles and joints, aches, bruises and fatigue. Takaragawa Onsen is beautiful in every season, but it’s in autumn when the leaves turn a golden red that the views are truly spectacular.

At 3415 meters, Conundrum Hot Springs might just be the highest hot springs in the country, perfect for surveying the incredible forests and valleys the springs are surrounded by. Plus, you can only get to them after an incredible 13.6km hike through the White River National Forest, meaning only the most committed will make it to the springs in the first place. If this is your cup of tea, check out the top 10 things to do in Colorado Springs.

Discovered in the 16th century, Längenfeld’s geothermal spring all but dried up in the 1960s. Redrilled in 1997, it now feeds this Tyrol town’s veritable alpine playground featuring three ‘levitating’ outdoor pools. For romantics, there’s moonlight bathing at the Aqua Dome on Fridays.

Located on the edge of Wadi Mujib, this water feeds the Dead Sea. These hot springs are HOT, but still safe to bathe in—best to visit in the winter when the water has cooled down a little. These hot springs come complete with a waterfall and have surrounding resorts to pamper all of the stress out of you.

Used as a spa since the Second Century BC, the name actually means “cotton castle” in Turkish.  Its beauty has caused it to be the foremost hot spring in Turkey, its calcium infused waters waterfalls, pooling in white pools that create the illusion of a winter wonderland, but don’t be fooled, the pools range from 35 to 100 Celsius).

These wild natural springs are the best known in Italy, taking their name from the Roman God, Saturn. Entry is free, and it is not as busy during the week. There are cascading waterfalls and glorious views to accompany this trip into relaxation.

Beppu is one of Japan’s most famous hot spring resorts with the largest volume of hot water in the world apart from Yellowstone in the United States and the largest number of hot spring sources in Japan. Beppu contains 9 nine spectacular hot springs, which are sometimes referred to as the “nine hells of Beppu”, and are for viewing rather than bathing. The most photogenic of the nine hells is the “Blood Pond Hell” featuring a pond of hot, red water.

Jigokudani Monkey Park is a famous hot spring area near Nagano, Japan. The name Jigokudani (meaning “Hell’s Valley”), is due to steam and boiling water that bubbles out the frozen ground, surrounded by steep cliffs and formidably cold and hostile forests. It is famous for its large population of wild Snow Monkeys that go to the valley during the winter when snow covers the park. The monkeys descend from the steep cliffs and forest to sit in the warm waters of the onsen (hot springs) and return to the security of the forests in the evenings..

This hot spring is one of the most visited attractions in Iceland, as well as one of the most renowned natural spas in the world. Located in Southwest Iceland, the silica and sulphur-rich waters are known to help skin conditions such as psoriasis, and the temperatures range from around 98-102 degrees Fahrenheit (36-39 Celsius).