The 10 Least Densely Populated Countries In The World 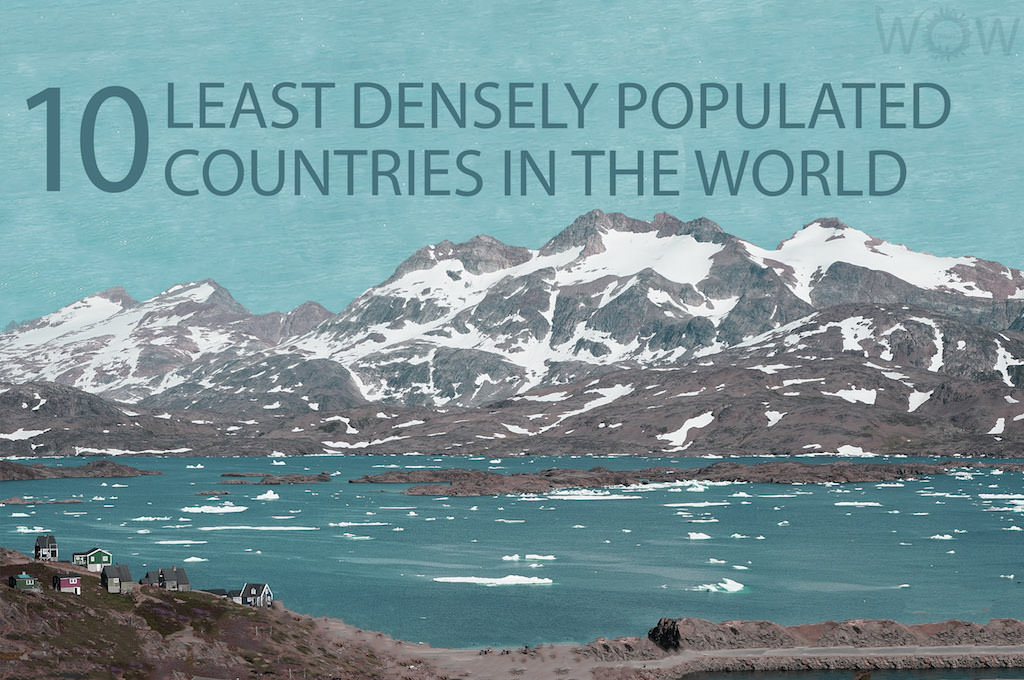 Do you long for peace and solitude on your travels? Then consider taking your next break in one of these countries. The following list of The 10 Least Densely Populated Countries In The World was measured by the number of human inhabitants per square kilometer or square mile.

Botswana, Africa‘s longest continuous democracy and one of the world’s biggest diamond producers, is a landlocked country about the size of Texas. It protects some of Africa’s largest areas of wilderness and safari-based tourism is an important source of income. Botswana is situated in the southern African region, it is bordered by Zambia and Zimbabwe to the northeast, Namibia to the north and west, and South Africa to the south and southeast.

90% of the West African country is made up of a desert, forcing one-third of the population to the less arid South-Western coast and the capital of Nouakchott. As a result of massive drought, the country’s desert has been expanding since the 1960’s.

Located on the Atlantic coast of South America, Suriname is a tiny country and a former Dutch Colony with a very interesting history. It was first colonized by English, then by Dutch, and was influenced by different cultures.

Iceland is a volcanic island located in the North Atlantic Ocean, 300 km east of Greenland and 900 km west of Norway. Over 10% of Iceland’s territory is covered by glaciers and most of the country’s inhabitants live in the coastal areas because they are the most fertile regions on the island.

Australia is a country located in the Southern Hemisphere near Indonesia, New Zealand, Papua New Guinea and Vanuatu. It is an island nation that makes up the Australian continent as well as the island of Tasmania and some other small islands. Australia is the smallest of the world’s continents. It is also the lowest, the flattest and (apart from Antarctica) the driest.

French Guiana is located on the central northern coast of South America, bordering the Atlantic Ocean in the north. Countries with international borders to French Guiana are Brazil and Suriname. The country is about the size of Austria. But this doesn’t mean you won’t find things to do in French Guiana.

The Southwestern African country sits on the Atlantic Ocean and borders similarly-sparsely populated Botswana to the East. The last census puts its population density at 2.56 people per square km.

Mongolia, the world’s second-largest landlocked country, is located in the landlocked plateau of Central Asia between China and Russian Siberia. Situated on mountains and plateaus, it is one of the world’s highest countries with elevation averaging 1,580 meters (5,180 ft).

The Falklands are a group of islands located in the southern Atlantic Ocean, about 460 km east of the South American coast. They belong to the United Kingdom but govern themselves. This place is so small that there are only a few hotels in the Falkland Islands.

Greenland is a dependency of the Danish Kingdom geographically present amid Arctic & Atlantic Oceans following the eastern sides of Canadian Arctic Archipelago. The state is independent & maintains its sovereignty within the Denmark. Greenland is the Largest Island in the world following the total land area occupancy. This vast land, which has been inhabited for around 4,500 years, has mountainous shorelines, long summer days and jewel-blue fjords.