Top 5 Things To Do In Suriname 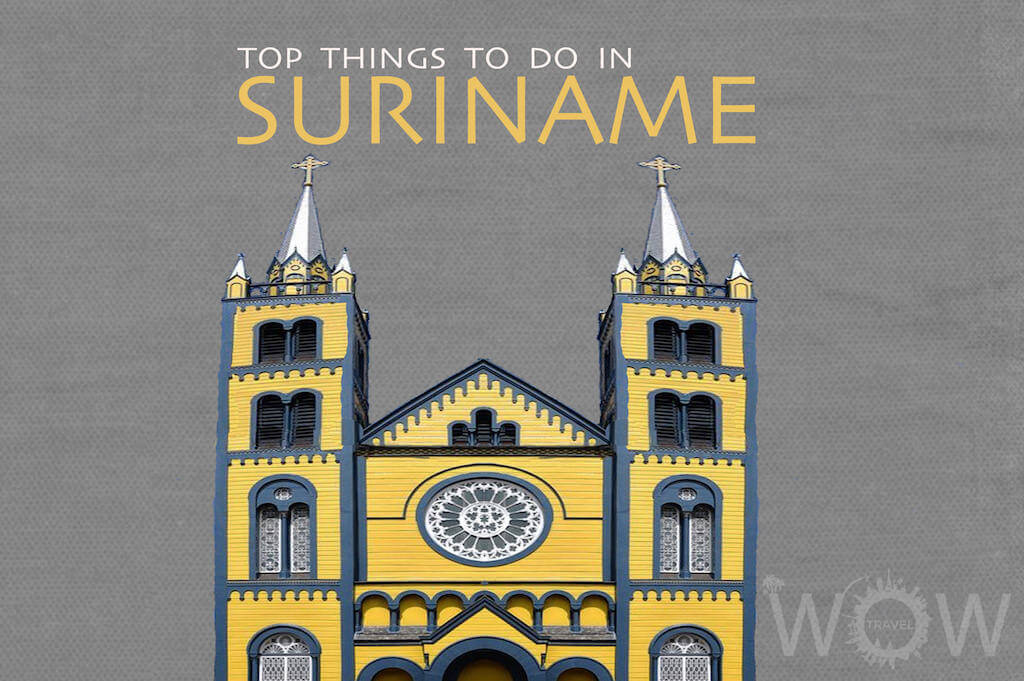 Located on the Atlantic coast of South America, Suriname is a tiny country and a former Dutch Colony with a very interesting history. It was first colonized by English, then by Dutch, and was influenced by different cultures. We have made a list of the Top 5 Things To Do In Suriname.

Located in northeastern region of Suriname along the Marowijne river, Galibi Nature Reserve is a breeding ground for thousands of sea turtles each and every year. It is the main breeding area for olive ridley turtles in all the western Atlantic, and home to giant leatherback turtles.

Located in the historic center of Paramaribo on the bank of the Suriname River, Fort Zeelandia is a clear reminder of the colonial history of Surinam and proof of the complexity of that history.

Located to the south of Paramaribo are the ruins of the very first Jewish settlements in the Western Hemisphere. Around 1630, Sephardic Jews fled to the region to get away from the Spanish Inquisition. In the 1830s, the area was ravaged by fire and most of the infrastructure was destroyed. Today all that is left of this settlement are remains of a few Jewish synagogues, and the graves of some who perished during the blaze. A visit to the site provides an interesting perspective into a part of the country’s history that often goes unnoticed. Source: iexplore

St.Peter & Paul Cathedral is a wooden Roman Catholic cathedral located in the center of the capital city of Paramaribo. It is the largest wooden building in the Caribbean.

IStanding at over 609 meter (2000 ft), The impressive and mysterious Mountain Kasikasima is a hidden spot in the country and you must take a tour in order to get there. It takes a couple of days in a dugout canoe to get there from the Amerindian village of Palumeu by crossing the jungle. The mountain lies in a straight line, at a distance of 65 km (40 miles) from Palumeu. This Amerindian village lies at the beginning of the Tapanahony River at the confluence of the Palumeu and Upper Tapanahony River.