For much of the 20th century, the country of Albania and the Albanian people remained an enigma due to the complicated politics of the region. However, ever since the doors of this magical region in the Balkans, opened to the world with the end of communism in 1991, travelers realize that there is much to discover.

Sharing its maritime borders with Greece, Montenegro, and Italy, the small mountainous country of Albania emerged from a tumultuous past to gradually mark its spot on the tourist maps. Crumbling castles, breathtaking mountain scenery, and tranquil beaches are just some of the magical locales that you can expect to find here. Renowned for their beauty, isolation, and clear waters, Albania’s beaches are definitely worth a visit. Dubbed the Albania Riviera, this stretch of coastline extends from the Roman theater of Butrint in the south to the stunning Karaburun Peninsula in the north.

The Albanian Alps also known as the Accursed Mountains, are as mesmerizing as Albania’s beaches. Showcasing some of the country’s most impressive scenery, these mountains characterized by quaint stone villages and thick forests will convert skeptics into poets!

Tirana, Albania’s capital city, bustles with warmth and energy much like any other European metropolis. Relics of its rich and brutal past adorn the city’s grand boulevards. Remnants of its Ottoman, Italian and communist past blend in with the modern architecture. The city’s National Historical Museum housed in a Brutalist monolith, the Skanderberg Square, and the domed Albanian Orthodox church are some of the landmarks that characterize Albania’s capital. Another region that stands out on Albania’s map is the enchanting hillside town of Gjirokastra. This historically rich town with its 600 Ottoman-era houses and castle, draws visitors by the dozens. Besides this charming side of its history, the town is also infamous for being the birthplace of former dictator Enver Hoxha, a part of history the Albanian people would rather forget.

From the ruins of ancient Greek and Roman sites to some stunning mountain scenery and sparkling beaches, Albania is a land that will charm its way into your heart. 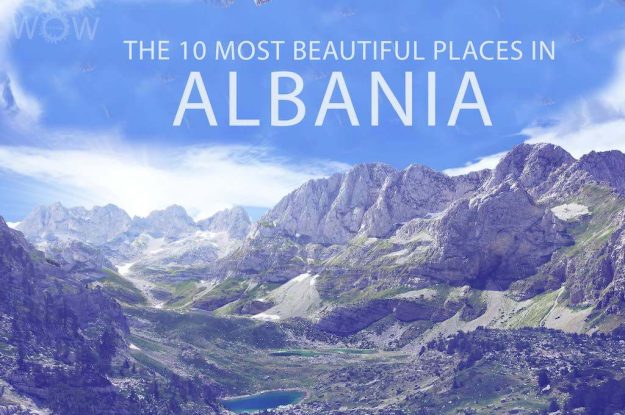 The 10 Most Beautiful Places In Albania

From sun-kissed stretches of white sand to majestic mountains, Albania has it all. Its beaches on the Adriatic and Ionian coastlines are some of the most amazing places in Albania. They’re arguably just as gorgeous as those in neighboring Montenegro and Greece, but nowhere near as crowded. And it is in this lack of unfettered… 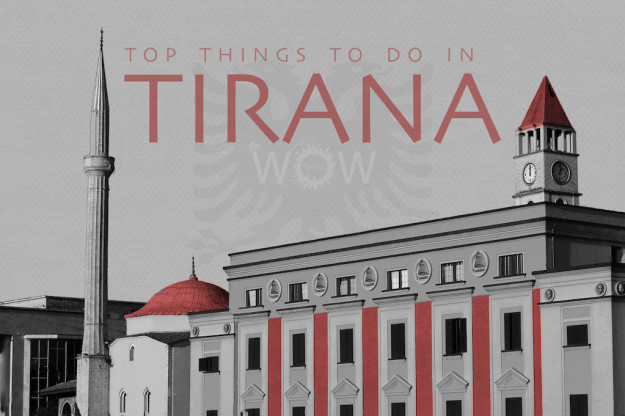 Top 8 Things To Do In Tirana

It was founded in the early 17th century and despite Albania’s efforts to appeal to more foreign visitors, Tirana, both the largest city in and the capital of Albania, is not a well-known destination. Tirana boasts a heritage dating back to the Ottoman Empire and is surrounded by lush green hills and has colorful streets…