Although the country of Bosnia and Herzegovina appears to be landlocked on the map, it has a narrow 20 kilometers coastline on the Adriatic Sea. This, however, is just a tiny part of what makes this country so appealing. Apart from its natural surroundings, a rich complex history, spanning six historical civilizations, has given the country its distinct character.

Putting the scars of the 1990s civil war behind it, Bosnia Herzegovina is gradually becoming a popular travel destination as visitors discover all that makes it special. Numerous ruins of medieval castles, cascading waterfalls, roaring rivers, and breathtaking mountain scenery are just some of nature’s wonders that draw visitors to this culturally rich land.

The country encompasses the central Dinaric Alps and is gradually growing as a popular destination for bargain value skiing. Apart from skiing, white water rafting is another popular activity along the three rivers that flow through the country. Europe’s deepest river canyon, the Tara River Canyon also lies in beautiful Bosnia.

When you have mountain vistas and flowing rivers, you know stunning waterfalls are also as much a part of the scenery. The enchanting Kravica Waterfall formed by the Trebižat River does not disappoint. Ending in a beautiful emerald pool that entices visitors to its waters in the summer, the cascades are a must-visit.

Besides nature’s bounty, Bosnia’s capital is another big draw for visitors. Sarajevo, the capital city, with its delectable East-meets-West vibe is steeped in history. Landmarks from its religious past, stare broodingly from prominent locations in the city. Cathedrals, synagogues, and mosques are poignant reminders of why Bosnia’s capital was once known as the ‘Jerusalem of Europe.’ The brutal scars of the longest siege in modern European history are also clearly visible but that hasn’t dented the resilient character of Bosnia’s capital.

Another popular destination is Mostar with its world-renowned bridge, historic architecture, and vibrant cafe scene. Also, of significance is the pilgrimage center of Međugorje which is fast becoming one of the most religious cities in the world. 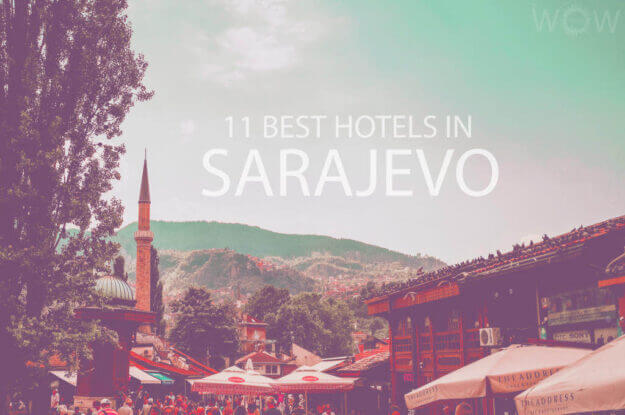 We could literally tell you hundreds of reasons why we have so much love for the capital of Bosnia. To sum it up, it would be because of the scenic location, the charming street life, and the irrepressible spirit. Despite its gruesome history, Sarajevo’s friendly and multicultural atmosphere is what makes it such a unique… 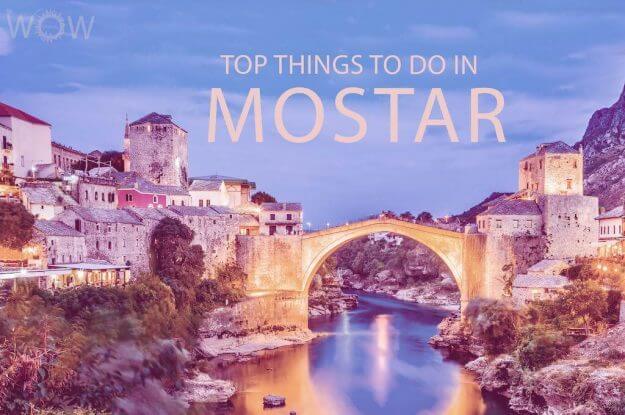 Top 10 Things To Do In Mostar

Mostar, also known as the “City of Sunshine,” enjoys a nice climate. It’s a blend of the old and the new. Tucked into a valley on the banks of the Neretva River, the beautiful city put behind its war-torn past. Unsurprisingly, it welcomes tourists with historical landmarks. Certainly, you’ll find plenty of things to do…

Top 8 Things To Do In Sarajevo

Sarajevo is the proud capital of the emerging democratic country known as Bosnia and Herzegovina. A small yet vibrant balkanic city filled with history, gorgeous architecture, spectacular scenery and welcoming people. Every corner of this beautiful city has a story to tell, their streets and homes hosted for centuries adherents of Islam, Orthodoxy, Judaism and…