The 11 Most Powerful Passports In The World 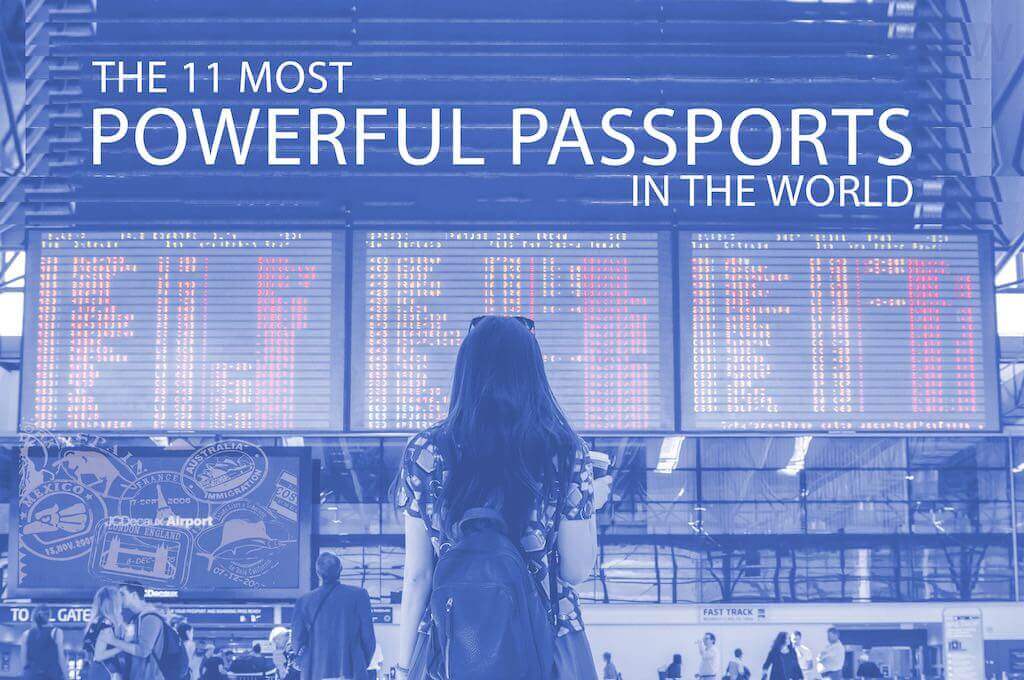 The global rankings for the Most Powerful Passports in 2019 were recently published by the Henley Passport Index and have 31 countries occupying the top 10 positions. The rankings which were started in 2005 takes into account the passports of 199 nations and the visa-free travel access that citizens of those nations have to visit other countries. The rankings are measured periodically based on data collected and analyzed from the International Air Transport Association (IATA). Since the earlier rankings which were published at the beginning of the year, a few countries have made gains up the rankings while a few have slipped. The rankings were once dominated by European countries but in the recent past, Asian countries have moved up. The United Kingdom and the United States have, however, moved down to 6th place, their lowest ranking since 2010.

Spain shares the fourth spot with France and Sweden after moving up one position. It has the fourth most powerful passport in the world with its citizens having visa-free travel access to 186 countries. Citizens up to the age of 30 have passports that are valid for only 5 years and those in the age group of 30-70 have ten-year passports. Travelers above 70 have passports for a lifetime.

The French passport is different from the burgundy passports of the European Union nations with its Bordeaux-red front cover but that does not stop its citizens from visa-free travel throughout the European Union and Switzerland. With visa-free access to 186 countries around the world, France ranks fourth in the world’s most powerful passports along with Sweden and Spain. It dropped one spot in the recent rankings.

One of the smallest states in sovereign Europe and the only remaining state with a sovereign grand duchy is Luxembourg. This tiny country has the third most powerful passport in the world, having climbed up two spots in the recent rankings, with visa-free travel access to 187 countries worldwide. All citizens holding a Luxembourg passport are also citizens of the European Union which means that they can travel within the EU and Switzerland without the need for a visa.

Sharing the third spot with Denmark and Luxembourg, Italian citizens too can travel freely to 187 countries in the world without a visa. The biometric burgundy EU passports are issued for 10, 5 or 3 years based on the applicant’s age. According to the Italian nationality law, persons who are of Italian descent but are citizens of other countries can apply for an Italian passport through the ‘jus soli’ law.

The third spot for the world’s most powerful passports is shared by Denmark, Italy, and Luxembourg with its citizens having visa-free access to 187 countries worldwide. All holders of Danish passports, barring the Faroe Islands, are EU citizens and can, therefore, travel without restrictions through the European Union and Switzerland. Danish citizens of the Faroe Islands hold a green passport unlike the burgundy color of the other Danish citizens of Denmark and Greenland.

Finland shares the runner-up podium with Germany and South Korea with visa-free access to 188 countries. Finland too has the standard European Union burgundy red passport which is generally issued on a normal basis to all women and children but only to men older than 30 years. Men below 30 who have not completed the obligatory military service are usually issued short term passports.

Singapore shares the top spot of most powerful passport in the world with Japan with Singaporeans also having the freedom to travel visa-free to 190 countries worldwide. Singapore also has the distinction of being the only developed country to have visa-free access to Cuba. Between 1963 and 1965 residents of Singapore were issued Malaysian passports as the country was a part of Malaysia at the time. However, the red Singaporean passport has been in existence since 1966 with several upgrades and alterations since then, the most recent being in 2017.

Based on the freedom of travel to various countries, Japan tops the list of most powerful passports in the world along with Singapore. Japanese citizens can travel visa-free to 190 countries in the world. Added to this, it is one of only four countries that can enter visa-free into the world’s four largest economies, the United States, China, the European Union, and India. Japan’s passport in its present form was introduced in 1992, but the first overseas travel document for Japanese citizens was introduced in 1866 in the form of a stamped ‘letter of request.’ Biometric passports have been used since 2006.