Top 7 Things To Do In Brunei 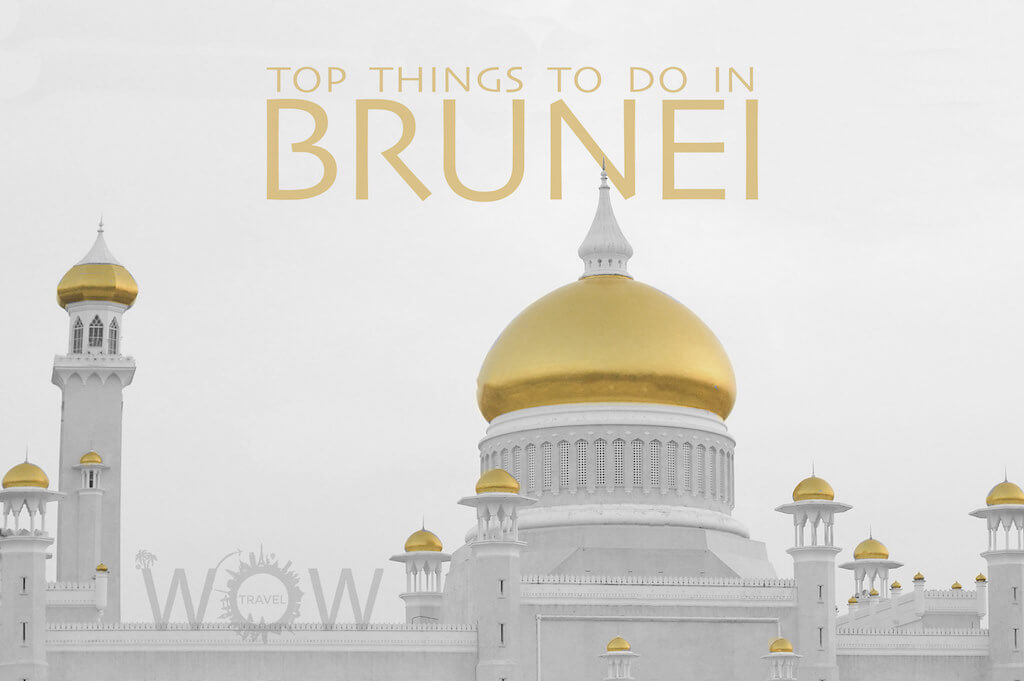 Located on the island of Borneo in South East Asia. Brunei, the smallest non island country outside Europe, is a peaceful Muslim country blessed with vast reserves of oil and beautiful rainforest full of wildlife. Check out our Top 7 Things To Do In Brunei.

Dubbed as the “Venice of the East” by Antonio Pigafetta, Kampong Ayer is located on the Brunei River about 14 km (9 miles) from its mouth on Brunei Bay. The village of Kampong Ayer is not unlike any other small settlement, the fully-functional community has over 4,200 structures includin shops, restaurants, schools, a police station, mosques, and a hospital.

Gadong is a suburb of the capital Bandar Seri Begawan, that is just 5 km (3.1 miles) away from the city center. It is the largest metropolitan area in Brunei, and it is known as the commercial center for young and old people alike. On any given day, this district has many activities going on, and major shopping outlets such as the Jaya Hypermart and Seri Kenangan Complex. Source: thehungrypartier

The Sultan Omar Ali Saifuddien Mosque dominating the skyline of the city centre of Bandar Seri Begawan. The Sultan Omar Ali Saifuddien Mosque accommodates approximately 3000 people and it is said to be one of the most beautiful mosques in the Southeast Asian region. It is considered amongst the people of Brunei as the country‘s major landmark, symbolized the country’s official religion of Islam.

Jame’Asr Hassanil Bolkiah Mosque is a magnificent Masjid built to commemorate the 25th anniversary of the current Sultan of Brunei in 1994 (Sultan Haji Hassanal Bolkiah Mu’izzaddin Waddaulah). It is the largest in Brunei and one of the grandest in the region. With its golden domes, it is the centerpiece of Brunei’s Islamic heritage. It is located in a huge complex with beautifully kept gardens. Inside the Masjid, it is intricately decorated. No cameras are allowed inside the mosque. Source: crescentrating

Trek the jungle trails, climb the canopy walkway and experience unspoilt rainforest. In Ulu Temburong National Park the magnificence of Borneo’s lowland rainforests can be truly experienced. Botanically the area is possessed of astounding diversity. In fact the forests teem with wildlife, but these creatures are invariably shy and are quick to avoid human contact. The most exciting activity is on the Canopy Walkway where you can see the green forest from over 60 meters (196 ft) above the ridge of the mountain. This walkway, built with steel towers supporting the cable way. Source: ecologyasia

*Brunei is the home to the largest residential palace in the world today. The Istana Nurul Iman is more than 0.5 km (0.31 mile) long and 0.25 km (0.16 mile) wide, and has 1788 rooms, 338 mote than the vatican in Rome. It is official the residence of the sultan of Brunei. The palace is situated on a luxuriant, riverside trail of hills on the banks of the Brunei River south of Bandar Seri Begawan, a few miles outside the city center. Istana Nurul Iman, which means Palace of the Light of Faith. The palace is only open to public during Hari Raya season in Brunei. Source: jyppe

See the architectural masterpiece that is the Empire Hotel & Country Club. This is not just a hotel but an attraction in its own right. It is a beachfront, 7 star hotel complete with pools, golf course and many other facilities. It is Brunei’s most exclusive resort.