The 12 Cleanest Cities In The World 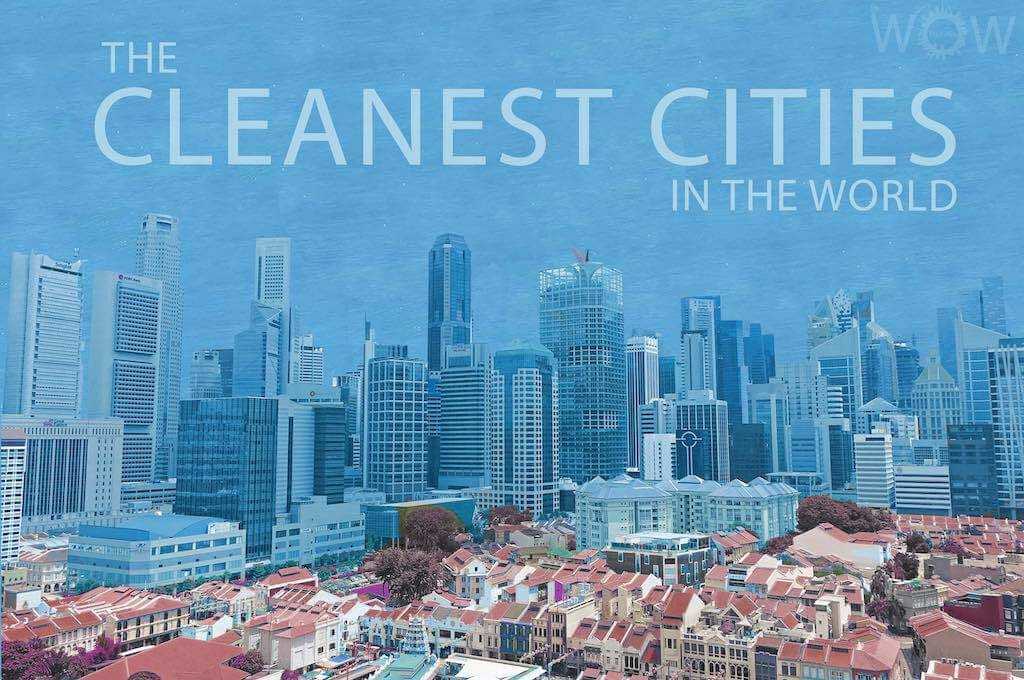 People traveling around the world return home with a stash of memories captured on their cameras and in the journals they keep. The beauty and hospitality of visited places remain etched in our memories. Sometimes, however, we end up in a city that is so polluted and noisy that the holiday becomes stressful rather than an enjoyable one. The ‘squeaky clean’ cities listed below will definitely make you want to return to their clean environs. These 12 cities below have made it to the list of the cleanest cities in the world based on the quality of the air, garbage disposal, traffic congestion, drinkability of water and the quality of sewage systems. For comparison, check out the 12 Most Polluted Cities In The World next.

Copenhagen already stands out because of its air quality but the government aims to make the capital city carbon neutral by 2025.  Numerous measures have been put in place to decrease littering with various initiatives for waste management and recycling. The green initiatives implemented by the government are quite impressive especially the long-term plan that the government has of making the capital the most bike-friendly city in the world.

A few decades ago the city of Singapore could probably have featured in the list of dirtiest cities in the world. However, strict laws and heavy fines that were imposed on citizens for cleaning up its environment, has transformed the city into one of the cleanest in the world. Singapore has one of the best public services in the world and the heavy tax levied on car owners have deterred many from purchasing a car leading to a cleaner environment.

Finland’s capital is a popular tourist destination because of its beautiful surroundings. However, for a few years now Helsinki has featured on the list of clean cities. The water of the city is so clean that it can be had straight from the tap. The government has also taken big strides to make the city environmentally friendly especially in the production of electricity. One of the chief reasons for the air quality being so pristine is because the locals have ditched their cars for cycles. The city has about 2400 miles of lanes dedicated for cyclists and by 2025 the government aims to make motor vehicle ownership obsolete.

Brisbane is one of the cleanest cities in Australia even though it is the third most populated city in the country. The range of green spaces, nature reserves, and parks have contributed to reducing the levels of pollution. Brisbane’s proximity to the sea also helps in keeping the pollution levels under control. The Brisbane administration has set various goals that aim to keep the city clean and green. The improved public transport system and drive to encourage more people to use public transport has helped reduce congestion and keep the pollution levels low. Brisbane is also a gay friendly city. Do check out our Top 11 Gay Friendly Hotels in Brisbane to find out more.

The second biggest city in Germany has taken big steps in ensuring a clean and pristine environment. Hamburg has an excellent infrastructure in place for cyclists which helps in curbing rising levels of pollution as there are more cyclists and fewer private vehicles on the streets. The Green Network, a proposal that plans to make the city car-free in two decades is also quite impressive. The government also plans to reduce its carbon emissions by 80% by the year 2050.

Stockholm has the distinction of being crowned the first European Green Capital in 2010 because of the city’s green initiatives. The city, however, did not rest on its laurels and has continued to take positive steps towards maintaining a healthy environment by slashing carbon emissions by 25 percent. Stockholm too has a strong culture of cycling and this has helped in reducing air pollution to a large extent. By 2050 the city hopes to become fossil fuel-free by increasing biodiversity, slashing waste and working on better public transport.

Sapporo is the fifth-largest city in Japan but despite the big population, it has still managed to make it to the list of cleanest cities probably because of the many green spaces within the city. Like most Japanese cities, Sapporo also uses environment-friendly automobiles and has a good sewage system. The Japanese are taught the value of cleanliness right from the school level where students have to clean their own classrooms and it is, therefore, no surprise that quite a few Japanese cities make it to the list of cleanest cities in the world. Enjoy the clear sky and cleanliness from the best hotels in Sapporo.

Calgary is one of the largest cities of Alberta in terms of population and also a leader in the Canadian oil and gas industry. Its downtown area boasts skyscrapers and best hotels in town. But despite this, it has continuously made it to the list of the cleanest cities in the world. Very few cities in North America can match the green initiatives that Calgary has implemented. There are heavy fines for littering and a big educational effort to increase composting and recycling has ensured an almost 80 percent reduction in landfill usage over the next few years.

Wellington may not be a very big city with fewer than half a million inhabitants, but it is still one of the most populated cities in New Zealand. One of the outstanding features of this city that has contributed to keeping the air pollution low is that at least 33% of its inhabitants use public transport. The Wellington authorities have also undertaken various waste management and energy efficiency programs to help cut down on the city’s carbon dioxide emissions. Enjoy the clear air from one of the 11 Best Hotels in Wellington.

Due to the fact that there are not many polluting industries in the city, Honolulu has managed to keep the quality of its air under control. The city also benefits from being located so close to the ocean as the Pacific winds that blow over the area sweep out the small number of emissions from the hotels and traffic. Added to this, the regular rainfall helps keep the air free from pollutants. The government has also done its bit to maintain and beautify the city’s public spaces. The abundant green spaces and the no-litter policy also contribute to the cleanliness of the city.

The city of Tallinn is a medieval city having narrow cobbled streets and imposing walls. The city that was built such a long time ago did not envision big vehicles driving around and so cars have stayed away from the ancient city center resulting in pollution levels being low. The greenery around the city also contributes to lower levels of carbon dioxide.

Keeping the city clean comes instinctively to the residents of Oslo as its part of the local culture. Even though there are no visible trash cans on the streets the waste is managed by an automatic trash disposal system. Pumps and pipes are used to move the trash underground to incinerators. The trash is then burned and used for creating energy for heating the city. There are annual volunteer cleanup days to involve citizens in cleaning up the city and an anti-littering mascot who suddenly appears on the streets to remind people to keep the city clean.