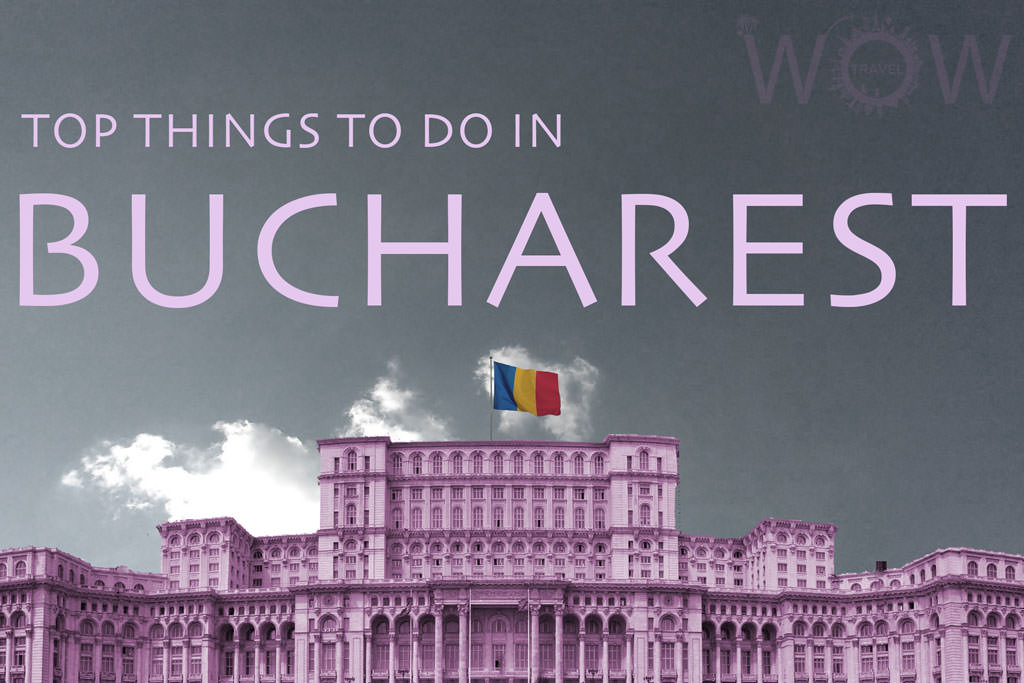 If people call it the Paris of the east, it must be for a good reason. In fact we found many good ones why Bucharest is one of the most beautiful European cities. First of all, it is one of the most accessible places in Europe, Bucharest’s mass transit network is the fourth largest in Europe. Despite being Europe’s richest country in gold resources it is a very affordable destination compared to other European cities. Bucharest lies on the banks of the Dâmbovița River, less than 70 km (43.5 mi) north of the Danube River which add a special “je ne sais quoi”. Bucharest is ancient, bustling, charming, beautiful, cosmopolitan, lively, humble but at the same time regal. Everywhere you look there is a monumental building, symbol of its glorious times such the city’s Palace of the Parliament which is the second-largest building in the world after the Pentagon. Economically, Bucharest is the most prosperous city in Romania and is one of the main industrial centers and transportation hubs of Eastern Europe. The city has big convention facilities, educational institutes, cultural venues, traditional “shopping arcades” and recreational areas. Last time we visited Bucharest it was in June to enjoy the many cultural festivals  that take place during the summer. Take a look at WOW Travel Top 10 Things To Do In Bucharest and you will want to be there today.

This colossal piece of architecture is situated in the historical and geographical center of Bucharest.  It is an impressive building that strikes the eye due to its singular style and size. It is the Palace of the Romanian Parliament, a giant built during the “golden age” of the dictatorial regime and born in the mind of a man for whom the notion of reasonable size did not exist. The pompous halls and galleries are generously decorated with monumental sculptures, golden plaster, laced ceilings, brocharts, tapestries and heavy carpets, which harmoniously overwhelm the visitors. In 2008, the Palace hosted the 20th NATO summit.

This unique museum is an ethnographic museum located in the tHerăstrău Park. Curated in an open-air style it shows its visitors the traditional Romanian village life. It contains 272 authentic peasant farms and houses from all over the country.

This glamorous concert hall in the center of Bucharest is one its most visited landmarks.This neoclassical building, with some more romantic touches, is the city’s main concert hall and home of the “George Enescu” Philharmonic and of the George Enescu annual international music festival. The auditorium seats 600 in the stalls and another 52 in loge seating.

Most people know it as the Stavropoleos Church.I ts church is built in Brâncovenesc style. This tourist attraction is famous and visited by many for its library which has over 8000 books of theology, byzantine music, arts and history. For those who want to visit it during mass time, there ae services every single day at 8am , 5pm and 9pm.

Also known as the residence of the President of Romania and the National Cotroceni Museum was built  between 1679 and 1681 by the prince Şerban Cantacuzino in the Baroque style that dominated Western European architecture at that time. Hundreds of Romanina history and stories live withing its many chambers and rooms, the medievals cellars, the pavilion, the annexes, the manege, the gardener’s house, the greenhouses, the Royal Guard chambers, the monastery and its the cells, the bell tower, the priestly houses, the chapel of the asylum for orphan girls and more. The Cotroceni National Museum’s goal is to promote Bucharest’s heritage through programs and events.

Similar to the one in Paris and in many other cities around the world, this is a triumphal arch which was built after Romania gained its independence in 1878.The construction was done in a rush so that the victorious troops could march under it. The sculptures with which the facades are decorated were created by famous Romanian sculptors. Nowadays, military parades are held beneath the arch each 1 December, with the occasion of Romania’s national holiday.

In contrast to other museum of this kind in Eastern Europe, this is not a museum that sees the exodus of the majority of the country’s surviving Jews to Israel as a culmination: this museum is focused more on what that means for those who have stayed, what is the continuing contribution of Jews to Romanian culture, what has been, what is, and what will be the role of Jews in Romania.

Museum of the Romanian Peasant

The Romanian Peasant Museum is part of the European family of Museums of Popular Art and Traditions. It is a national museum, under the Ministry of Culture’s patronage. In possession of an especially rich collection of objects, hosted in a Neo-Romanian style historical monument-building. It shows a collection of textiles, costumes, icons, ceramics, and other artifacts of Romanian peasant life.

It is both functioning church,  civic landmark and tourist attraction.  It is located near the Palace of the Chamber of Deputies of the Patriarchate of the Romanian Orthodox Church. For the architecture lovers this is a wonderful example the Brâncovenesc style on the facade. This beautiful building was built between 1654 and 1658.

You cannot miss its elegant dome and gold finish  when you wander around Bucharest. This exquisite monastery was built between 1708 and 1715 on the orders of polymath Antim Ivireanul, patriarch of the Orthodox Church in Wallachia at the time. Antim originally intended the monastery to be a refuge for fallen women, and refugees, as well as a seat of learning. Nowadays, the monastery also hosts a museum with religious objects and facts about the life of Antim Ivireanu.