Top 10 Things To Do In Memphis 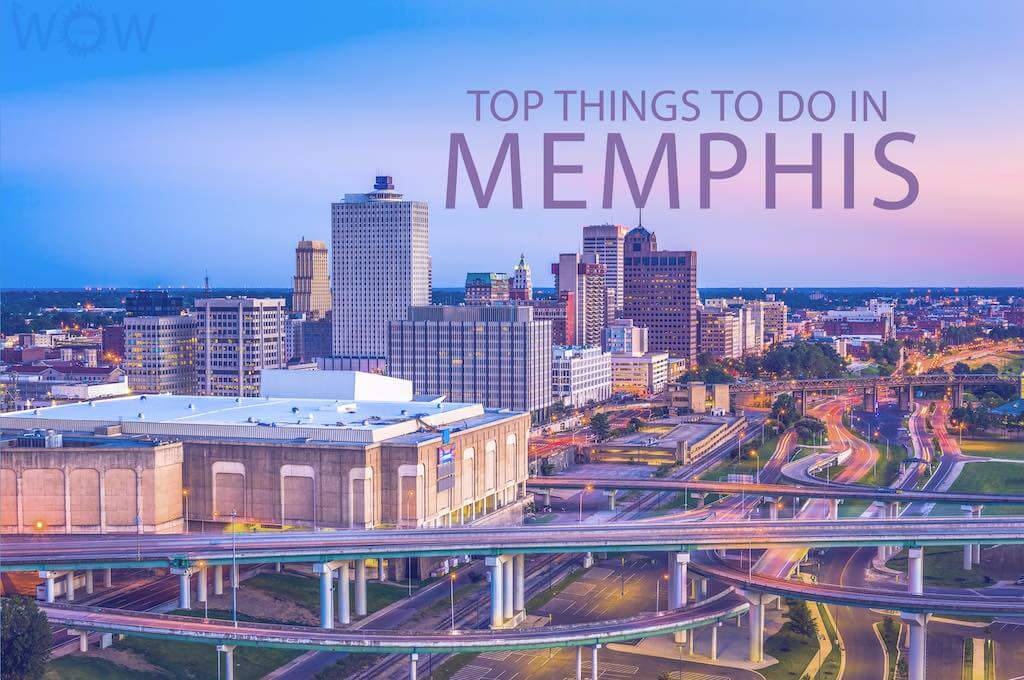 Memphis might be the land of the Delta blues that an old song talks about, but travelers feel anything but blue when they visit. Walking in Memphis means seeing where some rock-and-roll legends lived and sang. It means standing in places where ground-breaking historical events happened. It means lip-smacking barbecues and cold beer in snazzy speakeasies. It means enjoying the many things to do on Beale Street. And it means making memories that will last a lifetime, whether you’re traveling solo, with your significant other, your best friends, or your family. Want to know about the best things to do in Memphis, Tennessee? Then read on.

No visit to Memphis would be complete without a trip to the world’s most famous rock-and-roll residence. Elvis Presley bought the Colonial Revival-style mansion—built in 1939—for just over $100,000 in 1957. Designated a National Historic Landmark, Graceland today is owned by Elvis Presley’s daughter, Lisa Marie. In fact, she often visits the mansion and usually spends Christmas here with her family. It’s the second most-visited residence in the USA after the White House, so going on a VIP Graceland Mansion Tour is an excellent idea. Skip the long lines and you’ll see not only the King of Rock-and-Roll’s collections of gold records, elaborate costumes, and classic cars. You’ll also get to enter his custom jet and be one of the select few to marvel at the exclusive VIP-only exhibit.

The home of Sun Records, this Union Avenue studio was instrumental in the rise of the then-unknown Elvis Presley. Other music legends also recorded here in the 1950s, including Johnny Cash, Jerry Lee Lewis, B.B. King. In the 1980s to the 21st century, Sun Studio has also attracted popular musicians such as U2, Bonnie Raitt, and John Mellencamp. It achieved the National Historic Landmark designation in 2003 and is today one of the city’s top attractions. Posing for a selfie with the iconic Shure 55 microphone, said to have been used by Elvis himself, ranks among the most popular and best things to do in Memphis, Tennessee. And to delve deeper into the city’s musical legacy, join a music history bus tour. In addition to Sun Studio, you’ll also see Stax Studio and the early homes of Johnny Cash and B.B. King.

From Selma and Chicago to Boston and Atlanta, the fight for civil rights burned in many cities across the nation in the mid-20th century. Memphis was no exception. However, tragedy struck on April 4, 1988, when a sniper shot and killed civil rights leader Martin Luther King Jr. as he was standing on the balcony of the Lorraine Motel in Downtown Memphis. Today, the motel houses the National Civil Rights Museum, where the exhibitions cover not only King’s life and death but also other highlights of the struggle for equality. Slavery’s global impact, Rosa Parks and the Montgomery Bus Boycott, and the Black Power movement are just some of the important topics that the museum tackles.

Called America’s Most Iconic Street, this nearly 3-km stretch in the downtown area is replete with culture and history. There’s no shortage of things to do on Beale Street in Memphis. You can shop for novelty items at A. Schwab’s, the city’s oldest store, watch acrobatic stunts by the Beale Street Flippers, and dine on sumptuous Southern cuisine while being serenaded by top-notch blues, soul, or rock-and-roll musicians in atmospheric clubs, bars, and cafes. The area is best explored on foot and the Beale Street Guided Walking Tour lets you do just that. Learn about talented jazz and blues musicians such as Louis Armstrong, Memphis Minnie, and many others who played here. See and hear for yourself the music that influenced Congress to declare Beale Street the official Home of the Blues.

Once ranked as the top zoo in the USA, it’s one of the city’s most popular family-friendly attractions and hosts many things to do in Memphis for kids. You can take your young ones to say hello to the resident giant pandas Ya Ya and Le Le, go on nocturnal adventures at Owl Prowl, or even take part in a guided moonlight safari in Zoo Snooze. The Memphis Zoo occupies 31 hectares in Midtown Memphis and shelters more than 3,500 animals, representing species great and small from different habitats. Also remarkable is the zoo’s landscaping, which features various trees, rock formations, gardens, fountains, and waterfalls.

Situated in the heart of the Mississippi River, Mud Island is actually a tiny peninsula. It’s a great place to visit if you’re looking for free things to do in Memphis. At its southern tip is Mud Island River Park, where you can see a hydraulic scale model of the lower Mississippi River. The Amphitheatre here has hosted concerts by the biggest names in pop music, although free shows are occasionally offered. If you head to Harbor Town in Mud Island’s northern portion, you’ll reach the picturesque Mississippi River Trail. It’s a popular spot for scenic strolls or jogs. Fancy staying in the lap of luxury somewhere close? The Sheraton Memphis Downtown fits the bill. Less than half a mile away, this 4-star hotel offers huge rooms and suites with fantastic views of the skyline.

This vast public park in Midtown Memphis spans 138 hectares and represents some of the city’s best natural and cultural aspects. In addition to Memphis Zoo, it’s also home to the Old Forest Arboretum, the Memphis College of Art, and the Brooks Museum of Art. In the wide-open spaces of the Greensward, it isn’t unusual to see people playing soccer or frisbee, having picnics, flying kites, or just chilling in the sun. Bring Fido with you on your Memphis holiday and let him socialize with other canines in the Overton Bark dog park. And if you’re in the mood for live music, you can catch a free concert at the open-air Levitt Shell theater. This is where Elvis Presley staged his first paid concert, in July 1954.

Opened in 1928 on the site of the Grand Opera House—which a fire gutted in 1923—the Orpheum Theatre stands out as one of downtown’s gems. It’s on the National Register of Historic Places and renovations throughout the years have preserved or restored its dazzling details and fixtures. Today, the theatre hosts world-renowned Broadway plays and musicals, concerts, movies, and more. You can check out the Sidewalk of Stars just outside the building, which honors not only movie and music celebrities but also historical figures such as Helen Keller and Harry Houdini. And if you’re the stalwart kind, you might not mind catching a glimpse of the Orpheum’s reputed ghosts.

Since Memphis was named after the capital of ancient Egypt, perhaps it isn’t that surprising to find a pyramid here too. But the Memphis Pyramid houses no pharaoh’s tomb. Instead, this towering riverside structure serves as a popular retail and entertainment destination. It features not only a Bass Pro Shops megastore selling all kinds of outdoor recreation stuff, but also an archery range, a bowling alley, and shops and restaurants. The country’s tallest free-standing elevator will take you to the observation deck at the top. Relishing panoramic views of the city and the river from more than 300 feet is one of the best things to do in Memphis, Tennessee.

Spanning 1,800 hectares, this urban park is among the largest in the USA. If you’re looking for things to do in Memphis with kids, you won’t be disappointed here. You can go ride a rowboat in the lake, play disc golf, enjoy fun horseback rides, and watch bison grazing. Shelby Farms Park is likewise home to the award-winning Woodland Discovery Playground and one of the coolest places in summer, the Water Play Sprayground. There’s also plenty here in the way of free things to do in Memphis. For example, there are no fees to fish at the park (though a valid Tennessee fishing license is a must). In addition, there are plenty of paved and unpaved trails where you can go hiking or biking for free amidst the beauty of nature.