Top 10 Things To Do In New Delhi 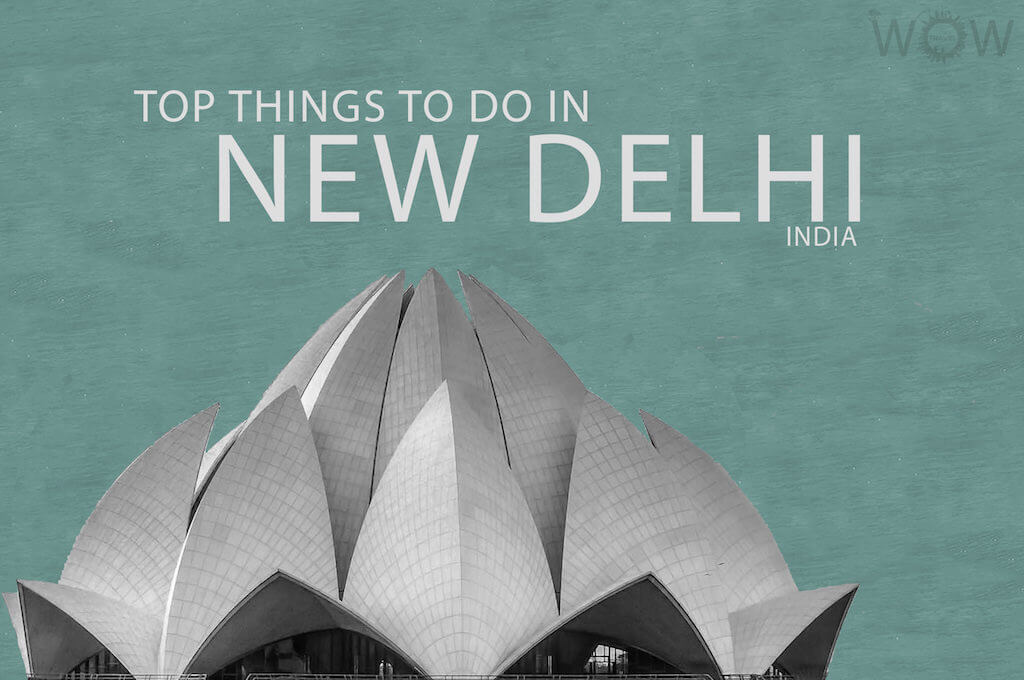 New Delhi, one of the fastest-growing cities in the world, is the capital city of the Republic of India. Built on the banks of the Yamuna river, New Delhi is a beautiful blend of historical past and a vibrant present and visitors are always awed by it. Check out our Top 10 Things To Do In New Delhi, a city that has a charm of its own and has been the glory of India for centuries.

Named for its massive enclosing walls of red sandstone, The Red Fort was built by Shah Jahan and served as the palace for Shahjahanabad, which replaced Agra as the new capital of the Mughal Empire.  The length of the wall is 2.5 km (1.55 miles) and is 33 meters (108 ft) high. Every evening there is a spectacular display of history and events in the form of light and sound show. Once a year on 15 August the day India achieved independence from the British, Prime Minister hoists the national flag here, followed by a nationally broadcast speech from its ramparts.

Humayun’s Tomb is a 16th-century mausoleum built for Mughal emperor Humayun. The tomb was commissioned by Humayun’s son Akbar in 1569-70 and designed by Mirak Mirza Ghiyas, a Persian architect.

Jama Masjid of Delhi is the largest mosque in India and can accommodate 25,000 Muslims. Construction was begun in 1644 and ended up being the final architectural extravagance of Shah Jahan, the Mughal emperor who built the Taj Mahal and the Red Fort.

Lodhi garden is one of the historical gardens in Delhi, houses the tombs of Sayyid and Lodhi rulers. It is also a popular spot for Delhiites to enjoy morning walks.

Qutub Minar is one of the earliest and most prominent examples of Indo-Islamic architecture and the world’s tallest minaret built with bricks. Built in the early 13th century, the red sandstone tower of Qutb Minar is 72.5 meters (238 ft) high. It is surrounded by several other ancient and medieval structures and ruins, collectively known as Qutub complex.

India Gate is the national monument of India that was built in memories of Indian/British Indian soldiers who lost their lives for India in World War I to save the prominence of the mighty Empire. This is a very charming area with well surrounded by lush green lawns. You will always feel positive energy there especially if you visit at night in colorful floodlights. Source: formertourist

The Akshardham Temple, one of the most famous Indian temples, occupies an area of 100 acres on the banks of the river Yamuna. It is known to epitomize approximately 10,000 years of Indian culture through its fantastic designs, breathtaking beauty and captivating grandeur. The temple has been created using marble and pink sandstone and is home to as many as 20,000 statues. The most remarkable features of the Akshardham Temple are its two gates – the Twin Peacock Gate and the Gate of Devotion. Other popular attractions worth exploring include the Hall of Values (offering an animated show describing the values of humanity with the help of robots), the Yagnapurush Kund (known for its surreal musical fountain) and the Sanskruti Vihar boat ride. Source: bookmundi

Chandni Chowk is one of the oldest and busiest markets in Old Delhi and a study in chaos. At the same time, it is also the city’s soul, crammed with jewelry, fabric, and electronics stores, and a great place to sample some of Delhi’s famous street food.

Rajpath is a ceremonial boulevard flanked with beautiful gardens and fountains that are floodlit at night. This part of New Delhi that was built by the British is filled with parliament buildings and wide avenues. The Rajpath is similar to the Champs Elysse in Paris as it is a wide avenue ending with an Arc de Triump at the end.

East of Nehru place, this temple is built in the shape of a lotus flower and is the last of seven Major Bahai’s temples built around the world. Marble, cement, dolomite, and sand were used in construction of lotus temple.