Top 12 Things To Do In Avila 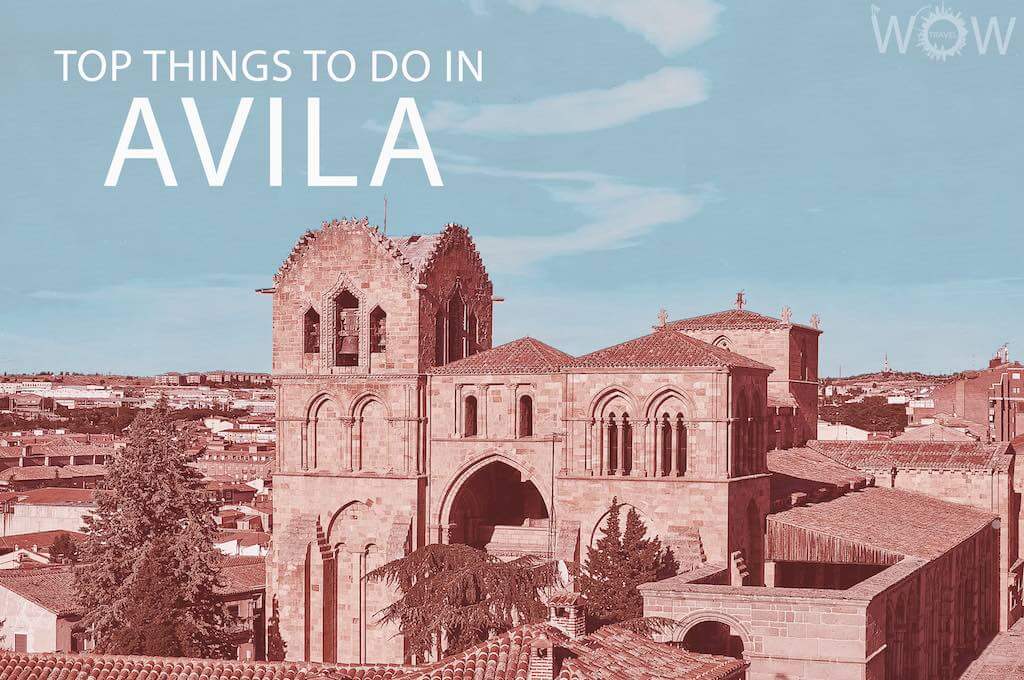 Sometimes referred to as the ‘City of Stones and Saints,’ the spiritual city of Ávila located in the Autonomous Community of Castile and León about 111km north-west of Madrid, boasts of having the highest number of Romanesque and Gothic churches per capita in the country. Founded in the 11th century to defend the Spanish territories from the Moors, this UNESCO listed city has an exceptional wealth of monuments, safely ensconced within imposing city walls dating back to its foundation. Revered by pilgrims as the birthplace of St. Teresa, Ávila is one of the few cities in Spain that has maintained its medieval austerity. Apart from its manmade wonders, Avila which is the highest provincial capital of Spain is also surrounded by some beautiful scenic mountains.
[booking_product_helper shortname=”avila”]

The iconic Cathedral of San Salvador, which doubles as a fortress, holds the distinction of being Spain’s oldest Gothic cathedral. Alonso VII was elevated to the position of the king in the eastern apse of the cathedral which is partly church and partly fortress. Construction of the cathedral is believed to have commenced in the 12th century and completed in the 14th century. The blend of styles over the long period of time that it took for the cathedral’s completion is quite distinguishable. Parts that were built earlier in the Romanesque style feature red and white ‘blood’ limestone, while the later Gothic parts are made from pure white stone. A stunning early 16th-century altar frieze comprising 24 paintings showing the life of Christ, and the figural decoration on the doorway of the apostles at the north façade, are some of the standout features of the interior.

The church of Santiago stands out when viewed from the city walls because of the octagonal tower which is topped by a slate Spire and an open body of bells. Originally a Romanesque church, expansions, and renovations in the 14th and 16th centuries resulted in Gothic elements being added to it. The mountains form the perfect backdrop to this rather austere looking church whose plain exterior is contrasted with the beautiful interiors.

Ávila’s most distinctive feature is the city walls that were built between the 11th and 14th centuries. Rated as one of the best-preserved medieval defenses in the world, the 12 meter high walls that stretch for 2.5km are also the world’s largest fully illuminated monument. 8 monumental gates, more than 2500 turrets, and 88 watchtowers make up these imposing bastions. The walls can be accessed from Puerta de Los Leales and Puerta del Alcazar but only two sections can be climbed.

The most important church after the cathedral is the Basilica of Saint Vincente, located outside the town walls beyond the Puerta de San Vicente. A Romanesque masterpiece incorporating Gothic elements, the church is said to have been built on the same site where Vicente and his sisters were martyred in the 4th century by the Romans. Work on the church began in the 12th century but like the cathedral, it was only completed in the 14th century.

Just opposite the Puerta de la Santa is the famous Convent of Saint Teresa, the main destination for pilgrims to the city. The church which is dedicated to Avila’s beloved saint, Santa Teresa was built in 1636 above her former home. Since the convent is still actively in use, many places are closed to visitors. However, the gold-adorned chapel located within the Baroque church which was built over the room where the saint was born, the relic room which has the saint’s finger, and the museum can be visited.

The best place to get a fantastic view of Avila’s walls is from Los Cuatro Postes, located northwest of the city. The monument which was built in the 16th century was a stopping point for pilgrims on their way to San Leonardo. It is also the spot where Santa Teresa and her brothers were caught when they tried to run away from home to become martyrs at the hands of the Moors. The best time to visit is at night to get a spectacular view of the illuminated walls.

Monastery of The Incarnation

Founded as a Carmelite convent inside the walls in 1478, the Monastery of La Encarnación was moved outside the town in the 16th century. This living monastery is one of the most important places in the life of Teresa of Ávila as it is the place where she spent 27 years of her life. The cell in which Santa Teresa spent her life is now a chapel. A small museum located within the premises also provides important details of the saint’s life.

As the name suggests, the history of the province of Avila is showcased in the Provincial Museum of Ávila. Specimens at the museum focus on various eras in Avila’s history showcasing the traditional culture as well as other archaeological artifacts. The museum which was started in 1913 has been housed in the stately Casa Los Deanes (House of Deans) since 1969. The 16th-century Renaissance-style building was once used as the residence of the Dean of the Cathedral. A few of the museum’s larger collections are also exhibited at the Church of Santo Tome El Viejo.

The Palacio de Los Verdugo which was commissioned by Don Suero de Águila dates back to 1531. The large austere complex has two very low towers in the front which indicates that it was used for defense purposes.  The main attraction here is the coffered ceiling above the staircase and the unfinished courtyard showcasing the coats of arms from various royal ancestry of Avila. Today the complex which was designated a National Monument is used as the World Heritage Cities Building.

Work on the construction of the Dominican monastery of Santo Tomás began in 1482 and was completed in 1493, under the patronage of Hernando Núnez de Arnalte and the Catholic Monarchs. The monastery is renowned for its Isabelline architecture and three interconnected cloisters which lead to the church. Inside the church is the alabaster tomb of Don Juan, the only son of the monarch.  A palace was also built on the premises which the Catholic Monarchs used as a summer palace. Today the palace houses the Natural Science Museum and the Oriental Art Museum.

Located in the quieter part of the old town is the Chapel of Mosén Rubi which is currently part of a Dominican nunnery. A few historians believe that the chapel was originally a synagogue which in 1516, was dedicated as a mausoleum to the aunt and uncle of a converted Jew, Mosén Rubi. The building is a mix of Gothic and early Renaissance styles. Of special note is the Renaissance stained glass window.

This protected natural area located in the southern end of the province of Avila covers an extensive 86,397 hectares. Filled with gorgeous lagoons, cliffs, gorges and circuses, the park is a delight for nature lovers. A large part of the Sierra de Gredos mountain range lies within the park which can be accessed via various hiking trails.