Top 12 Things To Do In Dresden 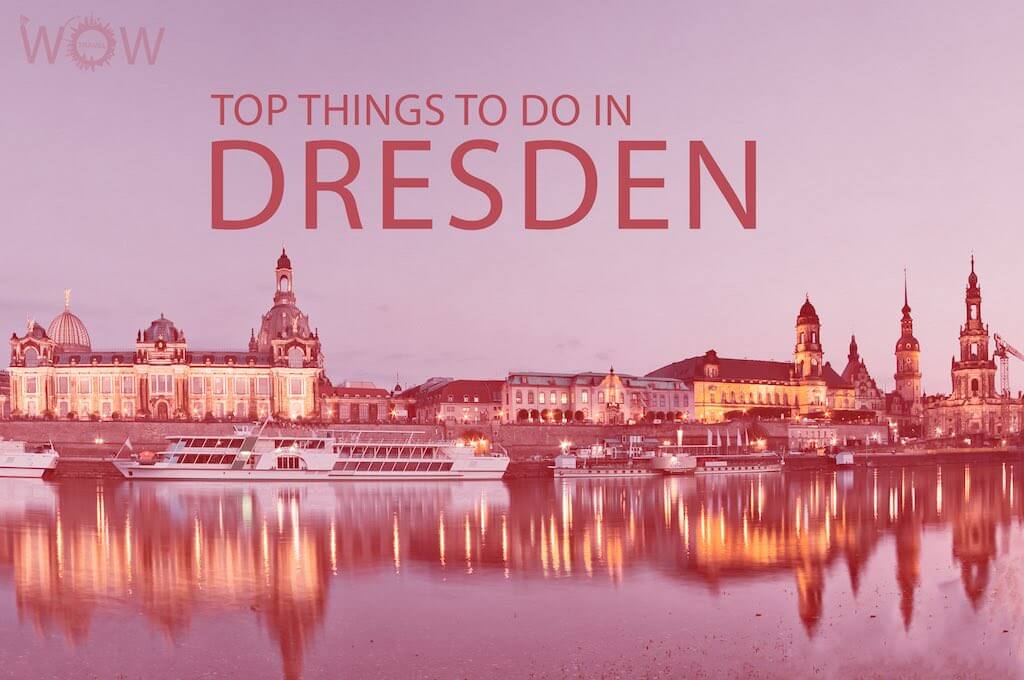 Dresden is one of the most populous cities in eastern Germany and the capital of the German state of Saxony. Located on the bank of the Elbe River along with the Ore Mountains in the backdrop, Dresden is a perfect ‘postcard city’. It has been the seat of Royal families and Polish Monarchs for centuries and hence the city is studded with a rich history, culture and architectural splendor. The prima facie of the grandeur will only but increase once a visitor starts exploring the city wholeheartedly. Surviving the destruction of World War II, the city of Dresden stands with pride and with a sheer blend of ancient, medieval and modern European culture which would certainly infuse an everlasting effect in a traveler. Here are the top 12 things to explore in Dresden:
[booking_product_helper shortname=”dresden”]

Frauenkirche is a cathedral although it is not a Bishop’s seat. It’s a Lutheran Church that was initially Catholic and later changed to Protestant after the reformation. This cathedral is a landmark of Protestant sacred architecture with a huge dome that happens to be Europe’s largest. It was destroyed during World War II and was completely reconstructed to its original look in 2005. The famous statue of reformer and theologian Martin Luther, which alone survived the World War bombings, was restored in the front of Frauenkirche. Since reconstruction, it has been the attraction of millions of tourists from all over the globe due to its interesting history and architectural grandeur.

Hallmark architecture of Dresden, the Zwinger is an amazing museum. It showcases the artifacts from medieval and modern Europe. There are two wings of exhibits, one having old mathematical and physics instruments and other is a porcelain art gallery. The dome is structured with a crown, signifying it to be the seat of the rightful ruler. Once a Palace to the rightful ruler, King Augustus (the statue of whom is situated in front of the building), the Zwinger has spectacular corridors and balcony. One might have a remarkable view of the cityscape with the Trinity Church in the backdrop.

Theaterplatz and the Semper Opera

Theaterplatz is the famous square of Dresden named after the magnificent Semper Opera Theater. This is a cobblestone square with a fountain beside grassy patches and a bronze statue of the Saxon King John. One can simply sit on the benches and enjoy the amazing orchestra of historical architecture all around. The Samper Opera has been restored to its glorious stature after the WWII destruction and is a cultural center with opera, jazz and ballet performances. If you have ever craved to experience the supreme inclination to performing arts and European aristocracy, Samper opera is a definite call!

This Terrace is a spectacular promenade along the bank of River Elbe, nicknamed as ‘Balcony of Europe’. It was once the private garden of the Count of Bruehl. Later this became an open Plaza. This place offers a majestic view of the city garlanded by River Elbe and some green patches. Just below the terrace, one will find trenches, battlements and other remains of the city’s old and original fortifications. One may sit on the benches, and have a view of the historic city in the chrome hue of the setting sun.

The Dresden Cathedral, also famous by the name of Trinity cathedral is a Catholic Cathedral located on the bank of the river Elbe. It is a patron of Roman Catholic Diocese of Dresden-Meissen. Constructed in the eighteenth century, the cathedral is a typical example of Medieval Roman architecture. It had a high ornate walkway connecting to the Royal Palace for the use of royal members and officials. It is also a burial place of the House of Wettins. After reconstruction, the cathedral has become one of the prime focus of tourist attraction.

Sächsische Schweiz is a spectacular natural marvel created by Sandstone Mountains. The amazing landscape is located in the Elbe valley alongside Ore Range. There are over 1000 peaks and numerous climbing trails that attract climbers from all over the world. The fortress of Königstein is a major landmark of the place. It has been designated as a National Park to conserve natural and geographic wealth. The amazing landscape is surely an attraction for artists.

It is a beautiful Baroque palace located at the heart of the city. The design is inspired by Chinese architecture. The palace used to be King Augustus’ summer recreational palace. This palace is located on the Bank of the Elbe River, which used to provide easy ferry transport for the King. The boat of the Royal Court is still on exhibition. The palace is surrounded by a garden with spectacular Camellia and other flowers.

Panometer Dresden was built in 2006 by celebrated Berlin artist Yadegar Asisi. It was earlier a gas tank that was used to build this visual splendor. It displays the monumental 360° panoramas “BAROQUE DRESDEN” and “DRESDEN 1945”. The large panorama gives a supreme feeling and is a breathtaking journey about the rich and royal history of Dresden besides the destruction of WWII, reconstruction of the city and the present prosperity. A visitor can certainly add this in ‘to do’ list.

The Georgentor and the Procession of Princes

Georgentor is the city exit of Dresden, built in the sixteenth century. It links the Elbe Bridge to the old township of Dresden. It is a source of attraction as the 1st Renaissance building of Dresden and also because of its iconic neo-renaissance architecture. The Procession of Princes is a 100-meter long mural art. Designed with special Meissen porcelain tiles, the artwork shows the Royal procession of the rulers of Saxony. It is the world’s largest porcelain artwork, that shows noblemen, princes, dukes, and kings in procession and the scientists, craftsmen, and farmers watching. It is present on the outer wall of the long corridor of the Dresden Castle.

Loschwitz Bridge is a popular landmark of Dresden built in the late nineteenth century. It is a cantilever truss bridge over river Elbe and nicknamed as the ‘blue wonder’ due to its blue color and supreme technological stature at that time. The bridge was used as a toll plaza during the world war. The bridge is one of the original constructions that survived the WWII bombings and hence is a major tourist attraction.

Japanese Palace and the Golden Horseman

The Japanese palace was built in the early 18th century. The architecture is based on the Baroque-Classicistic style. The palace is four-winged building and was originally proposed to house the porcelain collection of King Augustus. The curved roofs and the Chinese herms in the inner courtyard depict the rich porcelain art. At present, it houses the Ethnological Museum and other exhibitions. Located in the New Town Market, the Golden horseman is an iconic statue of Augustus, the king. It is mounted with gold leaf and a popular attraction for tourists.

This is one of the most attractive and unique exhibitions in the world. The porcelain collection is exhibited in the Zwinger Porcelain Gallery. There are numerous small, medium and big-sized utensils, showpieces, vases and other artifacts made of porcelain. The articles have been made by renowned artists in different parts of Europe and Asia. Some of the articles date back in the 17th century and showcases the finesse of contemporary artists. The gallery is huge and hence a visitor should have time in hand to explore the whole of royal porcelain articles.