Top 12 Things To Do In Vigo 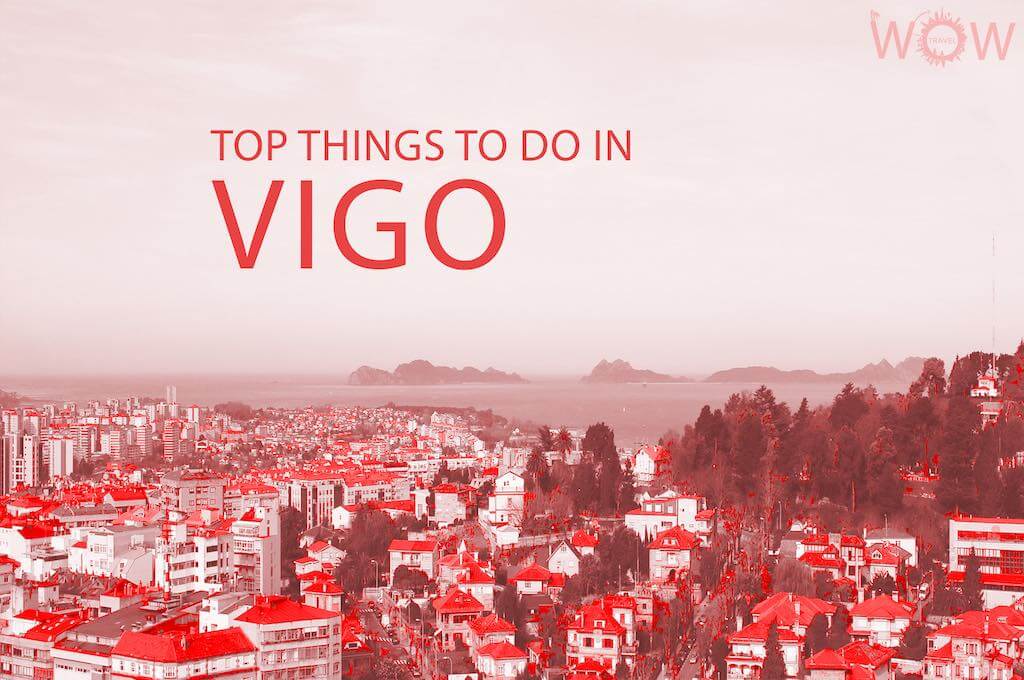 The westernmost tip of the Spanish landmass is grand, with lush green vegetation, picturesque mountains, and an electrifying coast. Vigo, in the Galician landmass, used to be a village whose mainstay was fishing! But now, it is one of the most populous cities in Spain owing to the large area it covers. This city has opted for extremely modern means of lifestyle what with all the industrialization that is going on there. It may come as a surprise for most modern fellows that this industrial hub in Spain is also a center for culture with exquisite monuments, lovely walks through and around the city and residents who are looking to share their interesting life stories with strangers from far off lands.
[booking_product_helper shortname=”vigo”]

This humongous fortress is an extremely well-received welcome gift to get an introduction to Vigo’s past. Standing and watching over the immense landmass of Vigo, this fortress dates back to the 17th century. This immense fortress was built as a line of defense against the British during the Portuguese Restoration Wars. A whole 360° panoramic view of the huge Vigo landmass is visible from this fortress which houses multiple gardens, lawns and such within its compounds.

Located in the city center, the Monte O Castro is a hill that goes straight up and at the top houses the O Castro Castle. This spot in Vigo is appreciable to students of art and history, as well as to adventurers and sports lovers. An excavation site is present on the lower slopes, which dates back to the 3rd and 1st centuries BC. The upper slopes also house playground areas for kids.

This outstanding archipelago can be accessed by means of ferry services from the mainland during summers. This outstanding landmass is there to welcome anybody accessing the Vigo Estuary from the sea. Imagine a beautiful coastal night with a campfire upon the beaches and tents to reside in – yes, which is what the Cíes Islands has to offer to its visitors. From paths to hitchhike and trek to the top of the western side to the white beaches on the eastern side, Cíes Islands has a number of exciting and contradictory surprises to offer.

The Afandacionb Social Centre is an exhibition center and that too the grandest and largest in the city. Casa Bárcena was restored to create a spot for the exhibition hub in Vigo. It houses various collections from eminent artists and has a section specially dedicated to children that deals with environmental sciences, galaxies and the universe.

The judicious use of Galician granite sets this part of the town apart not only in Vigo but also from the rest of Spain. This is part of the old town and is scattered with houses belonging to the fisherman, posh townhouses and also the church of Santa Maria, all set side by side. A strong, high-end, dignified atmosphere lies over this town which comes from the use of the exquisite Galician granites. The street names in this part of town are also highly interesting as they reflect the older trades that were prevalent in the streets.

Vigo has an abundance of beaches as it is a coastal city and the Samil Beach is probably the best of the lot. With a stunning view of both the Cíes islands as well as the mountains surrounding Vigo, this place has a heavenly beauty attached to it. The beach has a span of 1700m and is situated just at the point where the Lagares River kisses the Atlantic Ocean.

The Pazo used to be a grand old mansion that has been converted into a museum. Various aspects of the past of Vigo as well as Spain are put on display in this museum. In fact, a walk through this museum is the ideal way to gather knowledge about the colorful aesthetics of Vigo’s culture as well as its history. If museums are not your thing, a walk through the well kept and beautiful garden is sure to soothe your nerves and give you a calm time.

Just near to Casco Vello is a masterfully crafted church that should be on everybody’s to-do list in Vigo. The façade is humble but then again- a book should never be judged by its covers. Doric columns along with frescos line the inner walls of this ancient church and it is indeed a mesmerizing sight to behold.

This park in the northeast corner of the city is an instant escape from the cacophony of busy traffic. This 100m long Monte da Guía is covered with a variety of trees, both evergreen and deciduous. The place always welcomes visitors with a fresh, vibrant look. The walk through the track leads one to the Nosa Señora da Guia, a chapel built upon the 16th century remains of hermitage in 1952.

Baiona is a coastal town upon the estuary near Vigo and situated close to the landmass. This part is visited by Spanish as a respite from the sweltering heat of the mainland in August. Visitors from different parts of the world also flock this place for the scenic beauty and also to take a look a Castillo de Montrreal which now houses a hotel, since the 60s.

Standing in the city center, the MARCO Vigo Museum of Contemporary Art is a grand building to behold. The building in which the museum is set up used to be the courthouse and jail in Vigo, established in 1861. This is a very unique museum as museums go, as there aren’t any permanent displays but a number of workshops and thematic shows that are altered on a regular basis.

The best beach in the world according to The Guardian, a trip to Vigo is indeed incomplete without stepping foot on this beach. It is a half-mile long beach with waters shining with an exuberant blue shade. This long strand of land connects two islands, Monteagudo and Montefaro and gifts the visitors with a leisurely stroll along an exquisite coastline.