The 10 Best Museums In The World 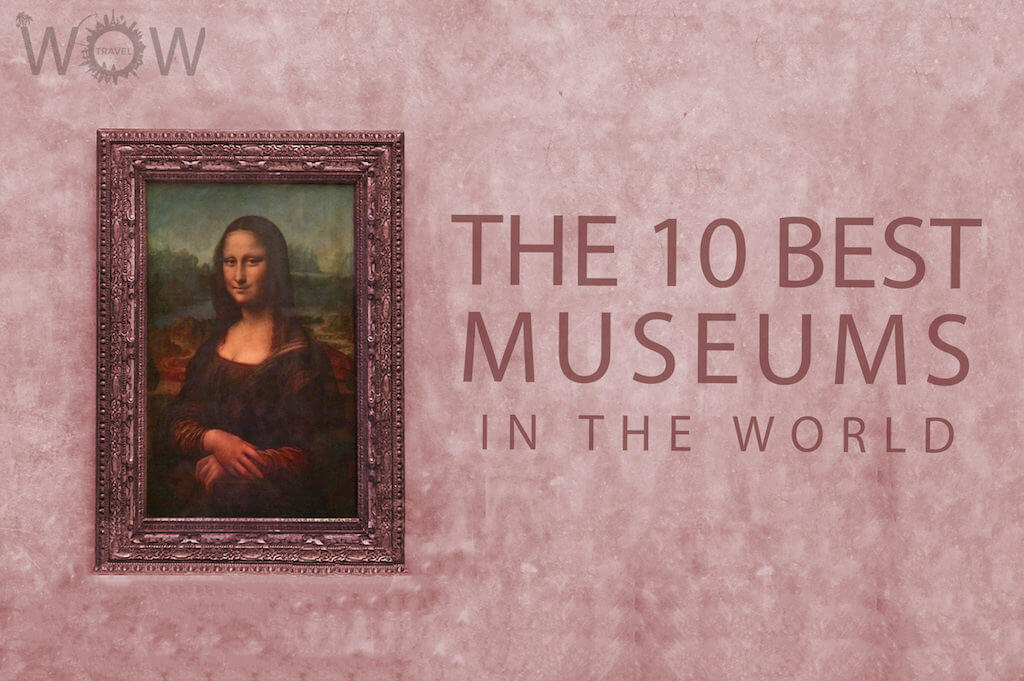 A museum is a place where people can explore objects of great artistic, historical and scientific values. If you’re trying to add a little culture into your life, this list might just be what you’ve been looking for. Even if you don’t understand all of it, you most likely will leave feeling impressed and amazed. From Paris’s Mona Lisa to New York’s Egyptian artefacts triumph, here are The 10 Best Museums In The World.

The Vatican Museums is one of the most important Museum complexes in the world housing More than 70,000 very important masterpieces on exhibition, with another 50,000 pieces preserved in the vaults and storeroom. From Roman and Egyptian antiquities to paintings by Leonardo da Vinci and Raphael and the Sistine Chapel with its amazing ceiling frescoed by Michelangelo

The Prado Museum is Madrid’s top cultural sight, and one of the world’s greatest art galleries. It features one of the world’s finest collections of European art, dating from the 12th century to the early 19th century, based on the former Spanish Royal Collection, and unquestionably the best single collection of Spanish art. It also exhibits sculptures, drawings, coins and other works of arts, but it is undoubtedly its large collection of paintings which has given it fame worldwide.

The Acropolis Museum, located on the sacred rock, east of the Parthenon, houses some of the most important sculptures of ancient Greek art. It is one of the most important museums in the world. Exhibits include sacred sculptures from the temple of Athena Polias on the Acropolis, architectural sculptures of Archaic buildings, parts of the pediments, metopes and frieze of the Parthenon, sculptures from the temple of Athena Nike, as well as the Caryatids from the Erechtheion. Source: greece-athens

A must visit for all the artsy folk is the Metropolitan Museum of Art (the MET), one of the top visited art museums in the world and one of the world’s largest and finest art museums. With over 185,806 square meters (2 million sq ft) of exhibition space, it contains works from all over the world and all throughout history. The Greek and Roman sculptures, African and Oceania exhibits, European masters of painting and the famous Asian Wing.

Uffizi Gallery is an art museum in Florence that has the world’s finest collection of Italian Renaissance painting, particularly of the Florentine school. It also has antiques, sculpture, and more than 100,000 drawings and prints. You’ll also see da Vinci’s Annunciation, Titian’s languid Venus of Urbino, the Medici Venus sculpture, some Venetian works by Bellini, and Michelangelo’s technicolor portrait of the holy family.

The Cairo Museum of Egyptian Antiquities contains the most comprehensive and important collection of Ancient Egyptian artefacts in the world. Indeed, it is said to have over 100,000 pieces in all. From smaller objects such as coins and piece of papyrus to statues of pharaohs and the magnificence of the Royal Mummies room with its eleven mummies, this is the place to see some of the most significant finds from this period. Perhaps the most famous part of the Cairo Museum of Egyptian Antiquities is its Tutankhamen collection, which includes the iconic funereal mask of the boy king as well as several other objects related to this pharaoh. Source: Historvius

Founded in 1753, The British Museum is one of the world’s oldest museums. It is vast and its collections, only a fraction of which can be on public display at any one time, comprise millions of objects. World-famous objects such as the Rosetta Stone, Lindow Man, Parthenon sculptures and Egyptian mummies are visited by up to six million visitors per year. The British Museum is open 7 days a week and the entrance is free.

Founded in 1764 by Catherine the Great, the Hermitage Museum is a massive museum of art and culture showing the highlights of a collection of over 3 million works of art and world culture artefacts. It contains paintings, graphic works, sculptures, works of applied art, archaeological artefacts and numismatic objects. It is St. Petersburg’s most popular visitor attraction, and one of the world’s largest and most prestigious museums

Established in 1869, the American museum of natural history is the largest natural history museum in the world. It includes 25 connected buildings, 46 exhibition halls and contains more than 32 million specimens from different branches including geology, zoology, astronomy, ecology, biology and anthropology. The museum has both classic and interactive exhibits, including their famous fossil collection complete with massive dinosaur skeletons.

The Louvre Museum is consistently the world’s most visited museum, and for good reason, it is just one of those places that you mind will never be able to comprehend in it’s entirety. The Louvre is famed for having some of the most impressive and famous masterpieces of art in the world such as the Mona Lisa,Venus de Milo, The Wedding at Cana Painting, Hammurabi’s Code of Laws, Virgin of the Rocks, Winged Victory of Samothrace and other 35,000 masterpieces, from prehistory to contemporary works.