Top 6 Things To Do In Moldova 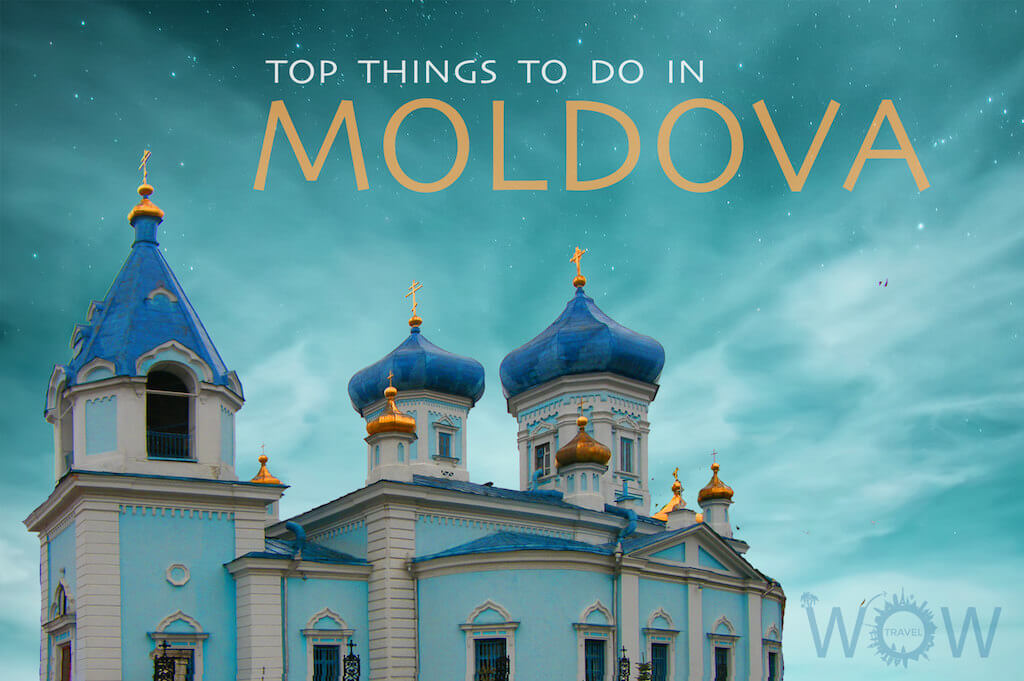 Moldova is a small European country that stands landlocked in the continent’s eastern part. It stands surrounded by Romania in the west and Ukraine in the north. Before World War II, it was part of Romania. After World War II, it belonged to the Soviet Union until 1991, when it gained its independence. Moldova’s remote yet charming and authentic villages are worth driving around the countryside to have a real multi-ethnic experience. It has rich culture, incredible food and some of the best wineries in the world along with marvelous architecture displayed in their beautiful monasteries that will leave you speechless. Check out our Top 6 Things To Do In Moldova.

Chisinau is the capital of Moldova and the country’s biggest city. It’s a friendly, modern city with old historical building. Chisinau is full of parks, nature, and lot’s of green space. Except the many art galleries, lots of restaurants, bars, nightclubs, spas and casinos, make sure to visit the Memorial Park with its WWII memorial orange pyramid, wander around Puskin Park, gaze upon the frescoes within the Nativity Cathedral, visit the St. Theodor Tiron Church and walk in the shadows of the Triumphal Arch. At last, stop by the art market to check out some local talents.

Just a 30 min drive from Chisinau, Cricova Winery is the world’s 2nd largest underground winery is home to more than 1.25 bottles of extraordinary wine, it offer guided tours and tastings of their cellars.

Orheiul Vechi, also known as Old Orhei, arguably Moldova’s most fantastic sight, is an cultural, historical and archaeological complex located about 60 km (35 miles) northeast of Chisinau and 10 km (6 miles) to the southeast of Orhei city. This valley, shaped by Raut River with a pristine natural landscape, featuring huge limestone outcroppings. There are several ancient monuments and buildings set in the valley, from various historical periods dating from the 10th century BC to the occupation of the Golden Horde in the 14th century AD. These ancient fortresses and early Christian monasteries are among the most unusual sights in all of Eastern Europe, and a museum at the site provides further information and exhibits. Orheiul Vechi Monastery Complex is carved into a massive limestone cliff in this wild, rocky, remote spot and draws visitors from around the globe. Source: orheiulvechi

Located on the western banks of the Dniestr River, this monastery is actually dug out of the rocks here and consists of 3 main complexes. The first named The Church of The Feast of the Holy Cross is believed to be the oldest dating from the 11th century, while the second complex, The Church of St Nicholas, was carved out of the rock during the 14th and 15th centuries, and the more recent third complex from the 16th to 18th centuries. It is thought that the complexes may have originally served as a refuge place for Christians trying to hide from the Tartars during their invasion in the 13th century. The whole area is one of great natural beauty, with scenic waterfalls on the Tipova River. Source: europetravelz

45 minutes driving north of Chisinau you will find one of the most beautiful monasteries in Moldova. On the territory of the monastery there have been built over the years many churches, namely six. Today the monastery is architecturally composed of five churches, abbeys, cells, refectory, an entrance tower as well as the outer wall. The largest and most impressive church, which reigns over the entire monastery, is the church dedicated to the Mother of God, built between 1866 and 1872. Source: moldova.org

Saharna is a small village that is about 110 km (68 mile) north of Chisinau, and is famous for the Holy Trinity Monastery that is located here. Apart from the monastery, the landscape and nature of the area is breathtaking. Once you have visited Saharna, you will want to return time and again. Everything from the peaceful silence, the natural beauty of the surroundings and a wonderful sense of calm in the area will make visitors want to return to this beautiful part of Moldova. As a place of breathtaking beauty, Saharna is not just for the pilgrims, but also for tourists of all kinds, especially nature lovers. The area is quite famous for its waterfalls, with the River Saharna alone having 22 waterfalls. One of the more beautiful waterfalls is located close to the monastery and falls from 10 meters (32 ft), forming a deep gulf, which is called ‘Gipsy Hole’ by the locals. There are many other waterfalls as well, each one more interesting than the last. Source: travel-chisinau