Top 7 Things To Do In Cologne 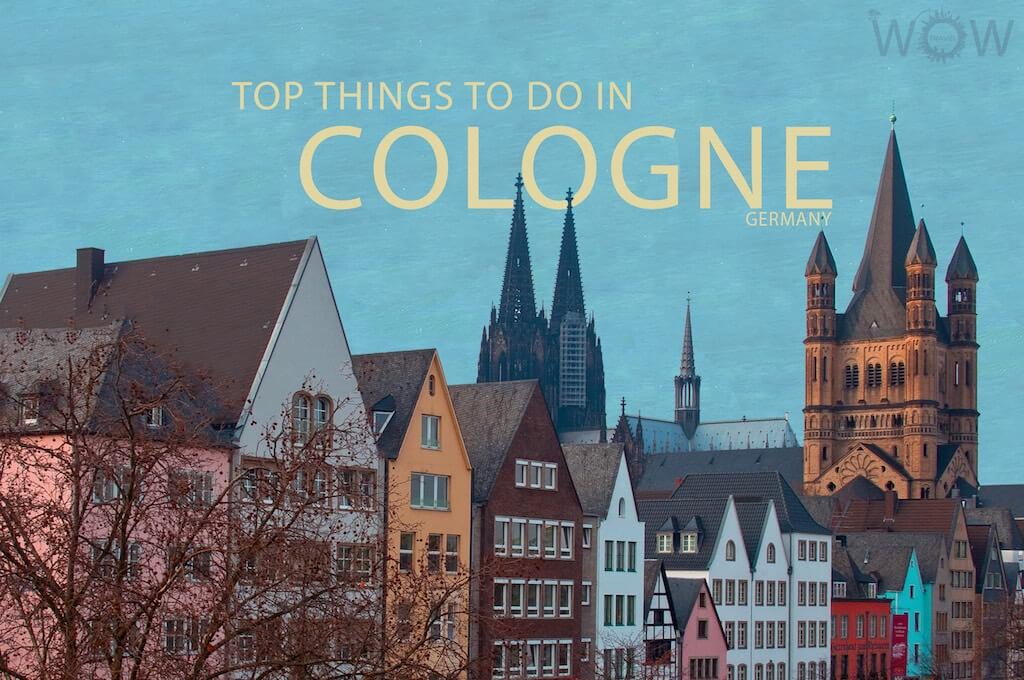 Cologne is Germany’s fourth-largest city after Berlin, Hamburg and Munich, and one of the oldest cities in the country too. As a cultural hub in the west of Germany, Cologne is famous for its spectacular cathedral, whose twin spires dominate the skyline and a top-quality array of cultural attractions with over 40 museums and more than 120 galleries. Cologne is about the atmosphere and its people, they are well known for their liberalism and it is easy to have a good time with them year-round in Altstadt’s beer halls or during the springtime Carnival. Check out our Top 10 Things To Do In Cologne.

Cologne Cathedral, a UNESCO World Heritage site, is a masterwork of medieval Gothic architecture and one of the finest ecclesiastical edifices in the world. Construction begun in 1248, it took place in several stages and was not completed until 1880. You can climb the 509 steps up the towers and have a nice panorama of the city. Cologne is the city of churches, 12 large Roman churches are located within the medieval city walls. Some of the most beautiful ones are St. Gereon’s Church, St. Pantaleon Church and Altenberg Cathedral.

The old core of the town, called Altstadt, is undoubtedly the most charming part of the town and the best way to experience it is by foot. As you explore Cologne’s narrow lanes with numerous historic churches and museums you will feel like you are going back in time. Though what you see today has all been rebuilt after it was destroyed nearly completely during World War II and had to be rebuilt in drudgingly precious work, but the old town still retains its old charm and evokes a wonderful medieval atmosphere. A great place to take a break is along the Rhine river with its vibrant scene of bars, pubs, and restaurants. Try Kolsch one of the most known local beers.

Situated on the Rhine river’s bank, this newly designed neighborhood is one of the most beautiful districts in town. With its young and attractive feeling in the air, it is beautiful to have a walk along the big promenade till the “Altstadt”.

Located along the Rhine, these magnificent gardens are a perfect place to relax with its 10,000 types of plants, including tropical rainforest species.

The cable car ride from the zoo area across the Rhine River to the park is a magnificent way to see Cologne.

Roman legions once marched where today shopping tourists from around the world stroll down the cobbled streets: in ancient times the Schildergasse and Hohe Straße were the central axes of the Roman “Colonia”. Today they are the most popular shopping streets in Cologne’s city center. What’s more, the Schildergasse is the second-oldest street in Cologne and once formed the beginning of a trade route leading to the center of Gaul. It is 534 meters (1751 ft) long and, together with Hohe Straße (High Street), forms the main pedestrian area in Cologne. Source: nrw-tourism

Off the hustle and bustle in the main shopping boulevards Hohe Straße and Schildergasse, the Belgian Quarter is one of the city’s coolest and most fashionable districts and the ideal spot to escape the tourist hoards and mingle with the locals. It is home to a wealth of off-the-mainstream fashion labels, designers and quirky boutiques with street art murals painted on the walls outside. It’s gritty but clean, crowded but quiet.