Top 8 Things To Do In Kathmandu 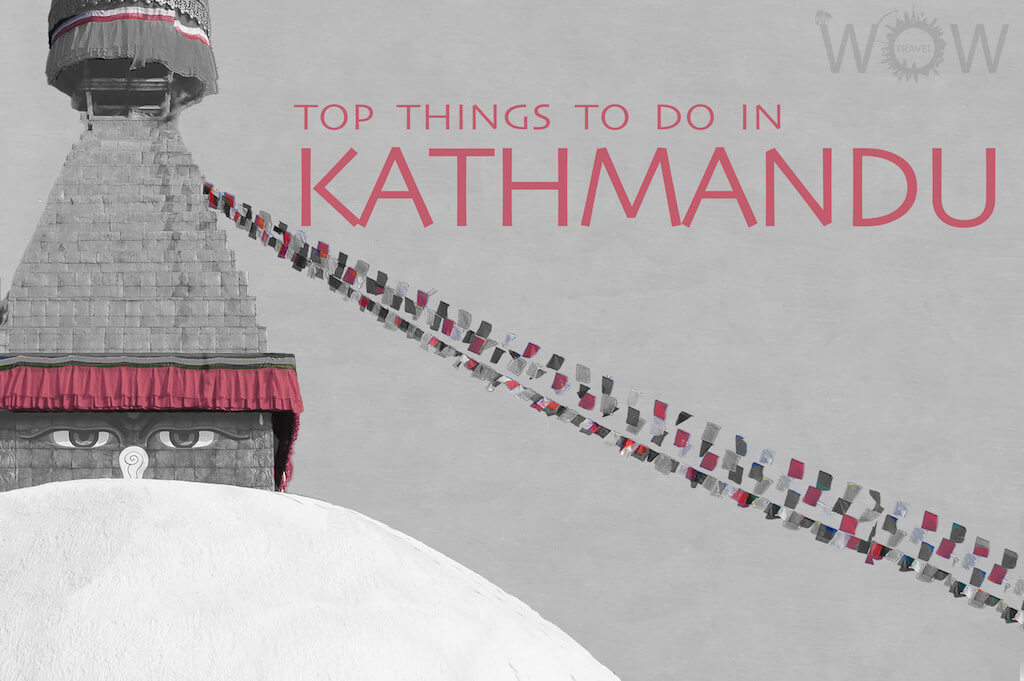 When people hear the word Kathmandu, all they imagine is a small village filled with rickshaws and cattle all over the place, but Nepal’s capital is more than that. It is chaotic and peaceful at the same time. No matter where you come from Vienna, Monaco or Zurich, Kathmandu’s fast pace is contagious. It is the main entrance to the country so it has it all. After being there for a while you will agree with us, the city is breathtaking in many ways. Not only because of its elevation of approximately 1,400 meters (4,593 ft) above sea level but due to the many temples, shrines, monasteries, landscapes, narrow streets filled with stories and friendly people who invite you to learn about their culture and try their delicious and fresh food. Remember this: prepare your senses, Kathmandu will blow your mind. Enjoy our list of the Top 8 Things To Do In Kathmandu.

There are three Dubar square so do not be confused, this Durbar Square, which is a UNESCO World Heritage Sites, is located right in front of the old royal palace of the former Kathmandu Kingdom. This square has been rebuilt several times due to different natural disasters such as earthquakes. However, one can still appreciate the beautiful local architecture which has evolved and changed over the years. This square has been a silent witness of the many important moments of the country’s history. The palaces of the Malla and Shah kings who ruled over the city used to be there.

For those new to this region and Buddhism, a “stupa” is a dome-shaped structure erected as a Buddhist shrine. Boudhanath is the largest stupa in Nepal and the holiest Tibetan Buddhist temple outside Tibet. It is located approximately 11.2 km (7 miles) from the center of Kathmandu. You can already see it from far, it is one of the largest in the world and it brings pilgrims from all over the world which has caused the construction of dozens of monasteries around it. It goes without saying that it is a UNESCO World Heritage Site and also one of the most visited sites in the country.

Swayambhunath is one of the most interesting, mysterious, and exciting places to visit in Kathmandu. Locals call it the “Monkey Temple” due to the hundreds of monkeys who wander around the temple once the priests, pilgrims and tourists leave but its real meaning is “Sublime Trees”. It is a magical place which consists of a stupa, many shrines and temples, a Tibetan monastery, a museum, a library and above all peace, calm and serenity all around you.

Dedicated entirely to the god Shiva the “lord of the animals”, this temple is by far one of the most important and holiest temples in Hinduism and it attracts hundreds of pilgrims every year. It is easy to get there due to its proximity to Kathmandu, it is only  5 km (3.1 miles) north-east of the city. The main temple of Pashupatinath is a building with a bunk roof and a golden spire. This main temple is built in the Nepalese pagoda style of architecture. Although most of it is still in good condition the outer buildings of this beautiful World Heritage Site were damaged by the April 2015 Nepal earthquake.

It is hard to describe Thamel because it has it all. Good food, fresh fruits brought from all over the country, backpackers looking for trekking gear, pirate cd’s and DVD’s souvenirs, rickshaws, cheap clothes, low-budget hotels and more. Don’t get us wrong, some are actually the best hotels in Kathmandu. It is easy to get there from the airport (20 min) and also from the bus station (15min). It is a must when you are in Kathmandu to get a sample of the Nepalese culture and traditions.

Kopan Monastery is a Tibetan Buddhist monastery near Boudhanath, on the outskirts of Kathmandu, Nepal. It is very popular among Western foreigners who come to learn about Buddhism. This magnificent monastery offers a breathtaking view of the Kathmandu valley as well as many stupas, statues, prayer wheels and other holy objects surrounded by a peaceful environment with gardens and ponds. Kopan Monastery is nowadays a famous destination for Kathmandu residents and tourists who want to spend a nice day out. Hundreds of visitors come to the monastery on Saturdays which is the only day when it is open to the public.

As we all know, Monasteries are the heart of Buddhism and its followers. They provide spiritual peace, inspiration, and are the main place to pray and study. This monastery is one the six main Nyingma monasteries of Tibet. Shechen is dedicated to the flourishing of Tibetan Buddhist spiritual and cultural activities. It is currently inhabited by 300 monks.