Top 8 Things To Do In Odesa 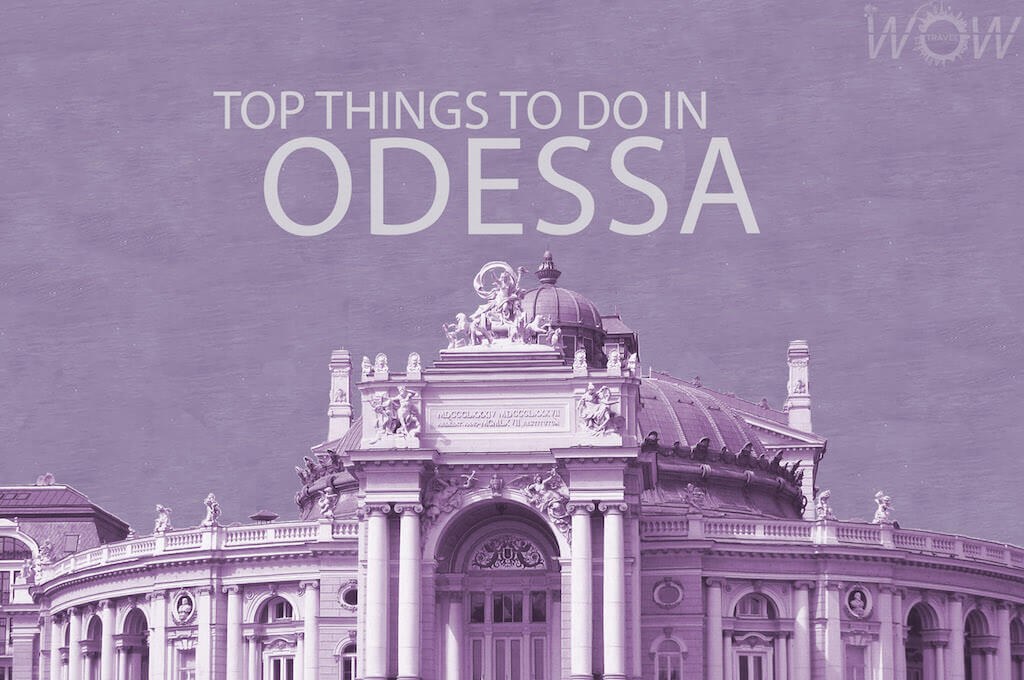 Situated on the Black Sea shore, Odesa is the summer capital of Ukraine and its third-largest city. This charming city was founded in 1794 and is a relatively young city compared to Kiev or Lviv. However, a great number of architectural and cultural monuments, as well as the warm Black Sea and delicious cuisine, attract travelers from all over the world. Odesa is famous for the incomparable sense of humor of its citizens and you will feel the cheerful atmosphere of joy and happiness all around you. Here is a list of Top 8 Things to Do in Odesa.

Potemkin Steps (Stairs) – Situated in a picturesque place, overlooking the Odesa Port, Potemkin Steps is one of the symbols of Odesa. It was built at the end of the 19th century and consists of 192 steps. On the top of Potemkin Steps, there is a monument to the founder of Odesa – Duke de Richelieu. 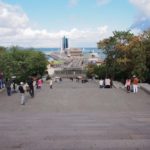 Odesa Opera and Ballet Theater – Another must-see attraction of the city is without a doubt Odesa Opera House, built-in 1887 in Baroque Style. An elegant building of the theater mesmerizes its visitors with splendor and opulence of the decorations. Moreover, it is famous for unique acoustics. This theater is often included on the lists of the most beautiful opera houses in Europe. Don’t miss your chance to see a performance there!

Odesa Catacombs – Invite everyone to discover mysterious underground labyrinths spread beneath the city. Catacombs have appeared in Odesa right with the foundation of the city. Many pages of the history of Odesa are connected to them. It used to be a place where thieves and robbers hide from the police, and during World War II it was a refuge for the partisans. Nowadays, you may visit this attraction on a guided tour and learn many intriguing facts from an expert local guide.

Deribasovskaya Street – Deribasovskaya Street is the vibrant heart of the city. Walking through this pedestrian street and its neighborhoods you will find numerous cafés and restaurants, gifts shops and luxury boutiques. It’s a perfect place to relax and enjoy a festive atmosphere of Odesa.

The 12th Chair Monument – The 12th Chair Monument, situated right on Deribasovskaya Street, is another symbol of the city. Everyone, who read a novel by Ilf and Petrov or saw a movie “12 Chairs”, adores this cunning statue. It is one of the most popular places for a photo and if you make a wish sitting on this chair it will come true.

Dolphinarium “Nemo” – Dolphinarium “Nemo” is a modern complex popular among visitors from 1 till 99 years old! Daily performances with friendly dolphins give a real energy boost and lots of positive emotions. There is also a unique possibility to swim with the dolphins, which is very useful for the health. A visit of the Dolphinarium Nemo is a once-in-a-lifetime experience you will always remember.

Privoz Market – You can not only buy almost anything on Privoz Market in Odesa, but also hear a famous “Odesa language” and feel a colorful spirit of Odesa everyday life. It is common to try all the goods before buying and bargain with the vendors. It is said that if you have not visited Privoz Market, you have not seen the real Odesa.

Arcadia – Arcadia is a popular resort district with the best beaches, restaurants and nightclubs in town. During the day, you may relax on the sandy beaches, swim in the Black sea or swimming pools, practice watersports and enjoy delicious cuisine in the local cafés. At night, popular nightclubs “Ibiza”, “Itaka” and invite everyone the best parties in town where you may dance until dawn.