Top 9 Things To Do In Lyon 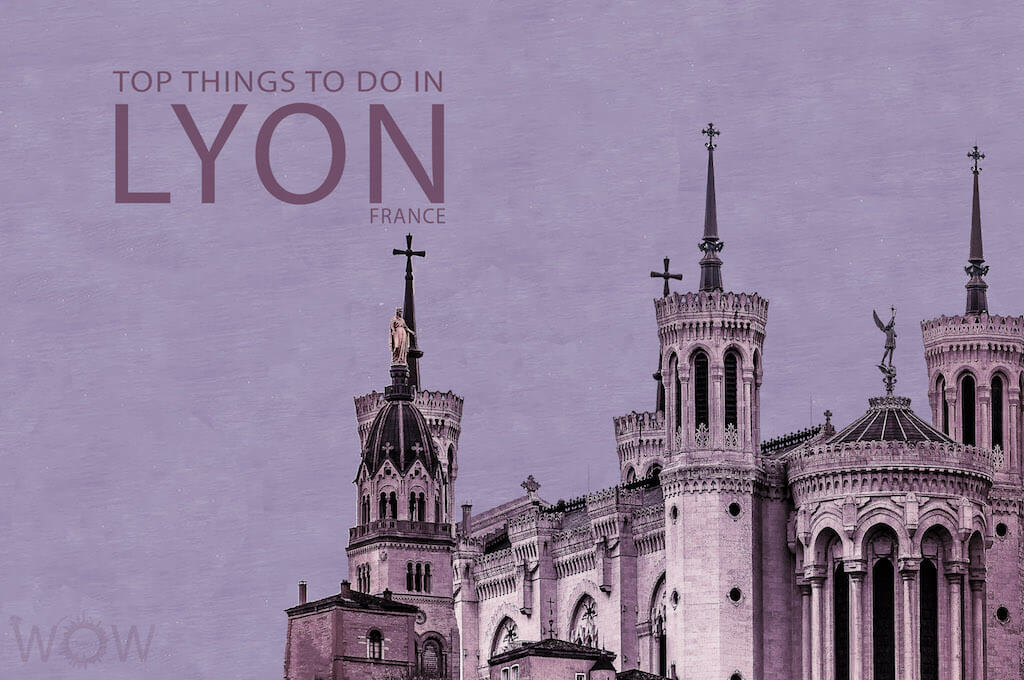 Lyon, the third-largest city in France, is situated in central-eastern France on the Rhône-Alpes between Paris and Marseille. It is an interesting destination for travel due to its variety of beautiful landmarks and delicious cuisine. Both the birthplace of nouvelle cuisine and home of the celebrated bouchon, Lyon is the gastronomic capital of France. Thousands of years of architectural expansion have left this French metropolis with a legacy of cobblestone streets, cathedrals and museums. Check out our Top 9 Things To Do In Lyon.

the Vieux Lyon is the largest Renaissance district of Lyon and one of Europe’s largest Renaissance quarters (after Venice) with Gothic churches, narrow lanes, museums and over 300 Renaissance mansions. The historic buildings are filled with gift shops, fashion boutiques, delis, restaurants and cafes. The main shopping street in Old Lyon is Rue St-Jean.

Take the funicular from Vieux Lyon up Fourvière hill to the ornate 19th century Basilique Notre-Dame de Fourvière. Completed in 1896, the Basilica was built to celebrate Christian morality. Its striking Byzantine and Romanesque architecture makes it an extremely recognizable landmark and a UNESCO world heritage site. The terrace beside Notre-Dame has one of the best panoramic views over the city, second only to the view after climbing 287 steps to the basilica’s observatory.

La Croix-Rousse is the hippest neighborhood of Lyon and where the Canuts or silk-workers lived. In the past, Lyon was famous for the traditional silk industry. In the 19th century, the silk industries spread all over the countryside area.  Today, there are still many industries producing high-quality silk and textiles. It is interesting to take the funicular to the top and then walk down to the center. If you want to learn about silk—from the silkworm to the revolts of the silk workers to the invention of the Jacquard loom—visit the Silk Workers’ House, or Maison des Canuts. (Canuts is the local word for silk workers. The silk industry has a long history in Lyon, having been introduced by King François Ier in 1536. You can also visit family-owned silk workshops on Croix-Rousse. Many of the silk workers lived and worked in the same location, and the architecture reflects this, with high windows to admit light into the workshops. The neighborhood is divided into les pentes (slopes, belonging to the city’s 1st arrondissement) and le plateau (atop the hill, part of the 4th arrondissement). Source: francetravelplanner

The Romanesque church of St Martin d’Ainay is the 12th-century survival of an architectural style eclipsed by the Gothic. It is an important representative of Romanesque art in Lyon. The basilica stands on the site of a legendary church, dedicated to the martyrdom of Blandina, a young girl among 48 Christians fed to lions by the Romans in 177 in Lyon’s amphitheater.

The Place des Terreaux is a famous square that is worth visiting just to see the fountain by F.A. Bartholdi and Lyon’s Hôtel de Ville (Town Hall originally built between 1646 and 1672). There is also the Musée des Beaux-Arts with its beautiful garden. The classical garden was created at the end of the 19th century. The circular pond in the center is overlooked by an antique sarcophagus and a small statue of Apollo, the god of the arts, there is also the truly beautiful Rodin.

Officially listed as a building of historical interest, the theatre also opens its doors outside of performances to host visitors interested in getting a close-up look at the proscenium theatre, set pieces and more. Rich with its 200-year history, the Théâtre des Célestins has preserved all the splendor of its original architecture, which dates back to 1881. The lushly decorated central foyer, the graceful and voluminous Atrium and the main theatre in gold and red all make this an exceptional performance space in the Rhône-Alpes region. In the spring of 2005, after 24 months of extensive renovation work, this became a unique site in France, bringing together both the traditional and the hi-tech. Source: celestins-lyon

Second only to Berlin, Lyon is one of Europe’s most mural-covered cities, with over a hundred stunning painted façades to be found throughout its colorful streets. The most famous is the “Fresque des canuts”, or silk-workers’ mural, located in the Bohemian Croix Rousse on the Boulevard des Canuts. This mural is so artistically painted that it takes a few moments to realize that it is one, single, flat surface. Another fascinating mural is the “Fresque des Lyonnais“, which features many famous people from Lyon, starting from antiquity with Emperor Claudius and going right up to the modern-day. Source: theculturetrip

Lyon Cathedral is a UNESCO world heritage site. It was started by the two famous city bishops Saint Irenaeus and Saint Pothinus. Today it is considered a seat of Lyon Archbishop. An interesting tourist attraction of the cathedral is an astronomical clock that was there from the 14th century, Stained Glass and Rose Window.