Top 9 Things To Do In Philadelphia 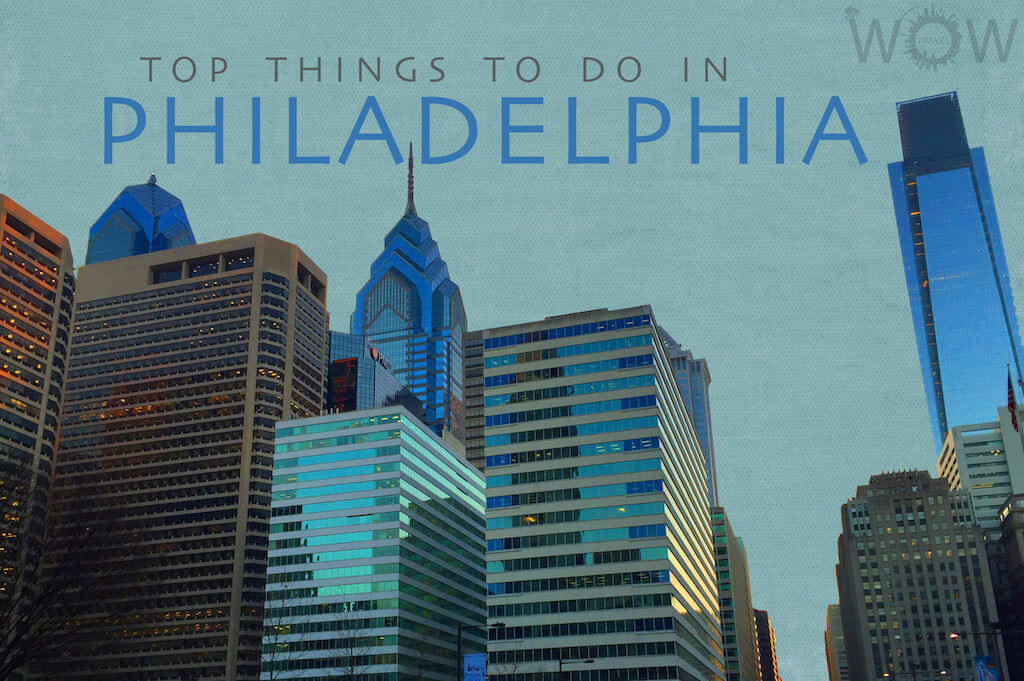 Philadelphia is no doubt one of the most interesting places on the USA map and has been long known as a tourist attraction for history, culture and food lovers alike. Philadelphia is a city of firsts. On top of hosting America’s first birthday, it also started up the country’s first daily newspaper, America’s first zoo/university/library/hospital, etc.. From a daunting number of world-class museums to the country’s most important historic sights, you will find endless of interesting spots. Be sure to see the Liberty Bell and Independence Hall, where the Constitution and Declaration of Independence were signed, and visit Please Touch Museum and the Philadelphia Museum of Art. Enjoy our list of the Top 9 Things To Do In Philadelphia.

The Declaration of Independence (1776) and the Constitution of the United States (1787) were both signed in this building in Philadelphia. The universal principles of freedom and democracy set forth in these documents are of fundamental importance to American history and have also had a profound impact on law-makers around the world. Source: unesco

Mouth-watering aromas. Locally grown and exotic produce. Amish specialties. Fresh meats, seafood, and poultry. Handmade confections and baked goods straight from the oven. Everything you need to create a memorable meal, from cookbooks, to table linens, to kitchenware, to fresh-cut flowers, and more. Plus the widest variety of restaurants under one roof. Find it all here at Philadelphia’s historic public market, Reading Terminal Market.

Rocky Statue and the Rocky Steps

The Rocky Statue and the “Rocky Steps” — better known as the Art Museum Steps — are two of the most popular attractions in Philadelphia.

Sylvester Stallone first made the art museum steps famous in the 1976 film, Rocky. Starring as a fictional boxer, Rocky Balboa, his character used the steps as part of his training regimen. Every year, tens of thousands of residents and visitors make their way to the iconic Rocky 72 Steps to recreate and pay homage to Rocky’s famous run. It’s actually amazing to think about just how many people visit the Art Museum steps to check out the statue, run up the steps, and admire the view from the top.

Take a tour of mainland China, Hong Kong, Korea and Vietnam all without your passport. Beyond the colorful China Gate at 10th and Arch Streets lives Philly’s vibrant Asian enclave, settled in the mid-19th century by Cantonese immigrants. There is so much culture and history around here, you can discover some of the most historic and important buildings to the Chinese community, look at brilliant and breathtaking art and sculptures done by Chinese artisans, or take a free guided tour through the many restaurants China town has to offer.

Philadelphia’s City Hall is the largest and tallest City Hall in the United States. The tower reaches 167 meters (548 f)t to the top of William Penn’s statue. There are over 250 marble statues ornamenting the exterior of the building. The observation deck is just below the statue and offers a magnificent 360-degree view of the Philadelphia region.

Fairmount Park is the largest landscaped park in the U.S. You can walk, bicycle, rollerblade, or drive along Kelly and West River Drives and feel yourself deep in the country. Along the Schuykill River and Wissahickon Creek is home to the Philadelphia Zoo (The first zoo in the United States with more than 1,300 animals), the Rodin Museum, the Philadelphia Museum of Art, and the Japanese House and Garden. Discover the engaging stories that echo within the walls of these seven historic sites: Cedar Grove, Laurel Hill, Lemon Hill, Mount Pleasant, Strawberry Mansion and Woodford. Each house has its own personality and offers a glimpse into the intriguing public and private lives of prominent Philadelphians during an important time in American history.

A scenic boulevard that runs through the cultural heart of Philadelphia. Some of the city’s most famous sights are here: Basilica of Sts. Peter and Paul, Swann Memorial Fountain, the Free Library of Philadelphia.

One of five original squares planned by city founder William Penn in the late 17th century. Rittenhouse Square is a green, leafy oasis, in the heart of Philadelphia, bounded by Walnut Street, 18th and 20th Streets, Locust and Spruce. A variety of buildings, most of them architecturally notable, surround the park: elegant turn-of-the-century apartment buildings, brownstones, and the mansions that make up the Curtis Institute and the Art Alliance, as well as modern high-rises. The strip of Walnut Street near Rittenhouse Square features a good selection of upscale shops and restaurants, but the other streets near the park are more welcoming. It is considered one of the finest urban public spaces in the United States in the heart of Philadelphia.

Kimmel Center for the Performing Arts

Located in the heart of Center City, Philadelphia, The Kimmel Center’s mission is to operate a world-class performing arts center that engages and serves a broad audience through diverse programming, arts education, and community outreach. The Kimmel Center campus is comprised of the Kimmel Center for the Performing Arts (Verizon Hall, Perelman Theater, SEI Innovation Studio, and the Merck Arts Education Center), the Academy of Music (owned by the Philadelphia Orchestra Association), and the University of the Arts Merriam Theater.