Top 9 Things To Do In Reykjavik 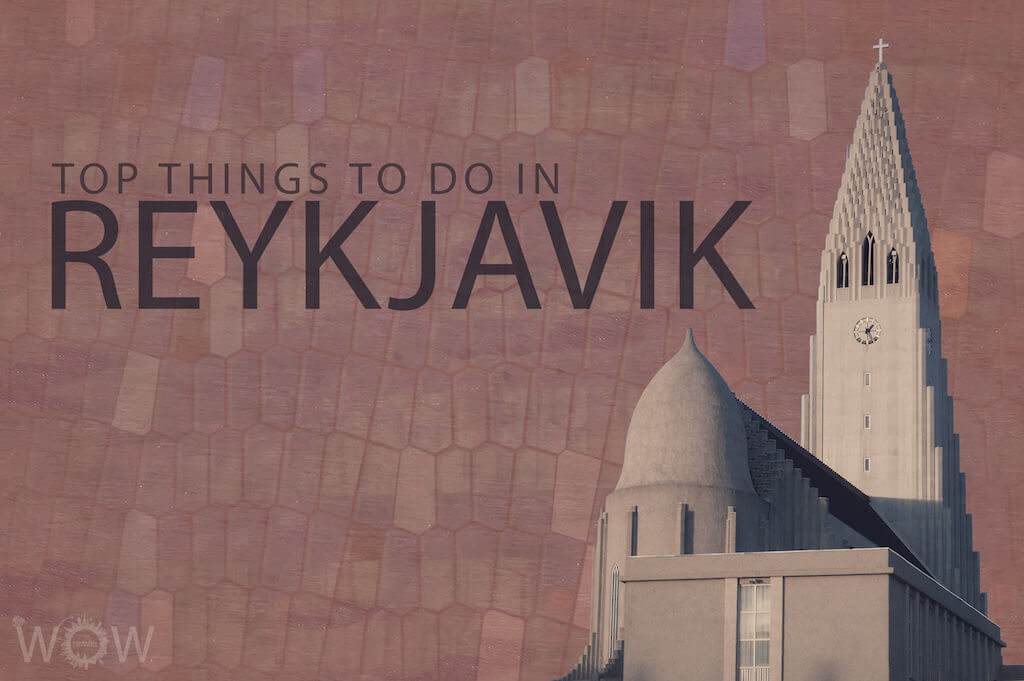 Iceland is a country that you definitely need to visit. Specially Reykjavík, the northernmost capital city in the world. It may be one of Europe’s smallest and most remote capitals, but it is a cosmopolitan city that offers a wealth of cultural, gastronomical and visual experiences and a throng of unforgettable activities. Enjoy our list of the Top 9 Things To Do In Reykjavik.

Completed in 1974, the Hallgrimskirkja is the largest church in Iceland and Iceland’s tallest building, towers over the center of Reykjavik at 73 meters (239 ft). It ­is a national monument, dedicated to the most renowned sacred poet of Iceland, Hallgrimur Petursson. The splendid basalt cathedral is open daily and during the summer there are concerts four times a week. You should head straight up to the top of the church for a bird’s-eye view of the city.

Housed in a large warehouse building on the harbor, Kolaportið Flea Market is the biggest of its kind in Iceland. What made this different from other flea markets was the section of seafood vendors, Here you will find traditional Icelandic food in between common foods. The most interesting Icelandic food is probably the shark meat. It has been eaten for centuries and people believe it can cure many diseases and make you stronger and healthier.

Built on top of geothermal hot water storage tanks, the Pearl is a five-story modernistic complex of attractions, which includes one of the best restaurants in the city, a bar, a museum, a garden and some man-made geysers. Head up to the viewing deck at the top and take in the beautiful view of Reykjavik

The Blue Lagoon is an amazing geothermal spa situated approximately 38 km (24 miles) from Reykjavík. Its location among the lava fields and beautiful scenery with steam caused by the temperature difference between the water and the environment makes of this spot an extraordinary natural spectacle. The Blue Lagoon has a unique ecosystem that was globally recognized by experts for its medicinal and healing properties. The water has a pleasant average temperature of 36.5-38.9 °C (98-102 °F) and even the lagoon’s mud is rich in minerals like silica and sulfur which are good primarily for the treatment of psoriasis.

The Sun Voyager or ‘Sólfar’ is a sculpture of a Viking ship located by the ocean on a small peninsula created by a local artist in 1990. It honors Viking travels, yet it symbolizes something much deeper – the desire to dream and the pure hope to find new lands overseas. With Esjan and the sea as the backdrop, the Sun Voyager is a wonderful spot for photo opportunities.

Designed by local and Danish architects, this unique concert venue is one of Iceland’s contemporary architectural wonders. It consists of a luminous steel frame, mounted on top of glass panels of various shapes and colors. By day the Harpa sparkles with reflecting light, and by night the Harpa is lit up with dancing lights. There are guided tours of the building, but you can also walk around for free. The many windows and interesting lights make it popular with photographers.

Laugavegur is one of the oldest shopping streets in Reykjavík and the main shopping street in downtown Reykjavik. It is filled with book stores, vintage stores, boutiques, antique shops, cafés, bars, restaurants and souvenir shops. Plenty of charming old houses with interesting history can be found on Laugavegur.

Iceland is renowned for its otherworldly illuminations called Aurora Borealis (Northern Lights). The Northern Lights are actually the result of collisions between gaseous particles in the Earth’s atmosphere with charged particles released from the sun’s atmosphere. The lights are seen above the magnetic poles of the northern hemisphere. If conditions are good you can see them from Reykjavik, but it is best to get out of the city to a dark spot.

The Golden Circle Tour is a 306 km (190 miles) long route that allows you to visit some of Iceland’s most stunning sights. The tour takes you from Reykjavik into southwest Iceland through Þingvellir National Park, to Gullfoss waterfall (a 32 meter/105 ft dual cascading waterfall) and the geothermal Haukadalur Valley, containing the Strokkur geyser that gushes water up to 30 meters (100 ft) into the air every five minutes.