Top 10 Things To Do In Ljubljana 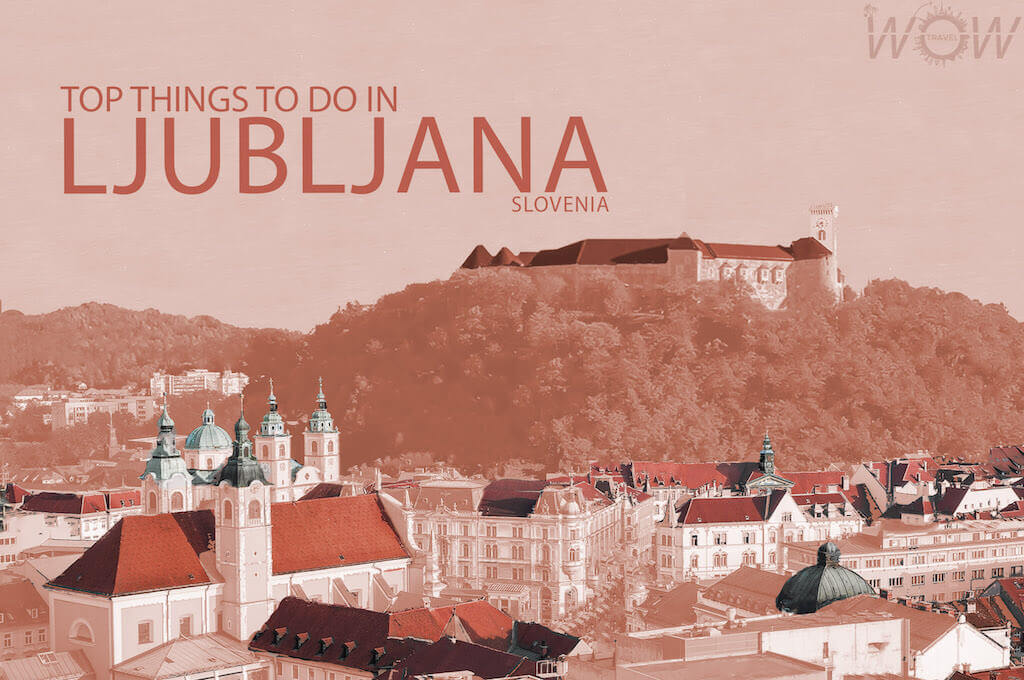 Few people know where it is, even less can pronounce it, but Ljubljana, the capital and largest city of Slovenia, is one of the most charming towns we have visited in our lifetime and it has all the right ingredients for the perfect city break. Ljubljana is a small city, and you can see everything pretty easily, from the Dragon Bridge to the historic Ljubljana Castle, below are the Top 10 Things To Do In Ljubljana.

Ljubljana is a very small mix of Vienna and Venice, thankfully without the hordes of tourists

Dating back to 1901, the bridge was built for the 40th anniversary of Emperor Franc Jožef I’s rule and it symbolizes the history, beauty and architectural style of Ljubljana. Those dragons have been integrated into the city’s coat of arms, and as a result, they are found all around Ljubljana.

The lively open-air market has always been a place for the locals to meet and enjoy themselves. Ljubljana Central Market is open daily (except Sundays). You can buy all kinds of fresh fruits and vegetables, meat and dairy products, flowers and plants, spices, medicinal herbs, textiles and footwear, local arts and crafts.

Tivoli Park is the green heart of Ljubljana and its biggest. Located on the northern outskirts of the Center District, it offers facilities such as playgrounds, fountains, ponds, exhibitions, mansions and sports facilities.

The Ljubljanica River is the main river that runs through the old town of Ljubljana and divides the medieval center with the rest of the city. There is an abundant amount of cafes & restaurants lining the Ljubljanica river which makes it the perfect spot for sitting and watching how the world goes by. A walk along the river is a good way to discover the beautiful Ljubljana decorated by many bridges throughout the river.

Ljubljana`s Three Bridges are probably the most beautiful and well-known of all bridges in the city. It is made up of three bridges that connect the modern city to the Old Town. This area is packed with bars and restaurants, and it is a popular spot for photographs.

Located in the old town, Prešeren Square is the central square of Ljubljana. Surrounded by exquisite architecture (such as the salmon pink Franciscan Church), the cobbled plaza is a major meeting point, where Ljubljana’s carnival, concerts, and festivals take place. At the eastern side of the square, you will find a bronze statue of the influential Slovenian poet France Prešeren.

Ljubljana Castle, a hard-to-miss symbol of the city, is situated on a small hill in the center of Ljubljana, 60 meters (196 ft) above the old town. Some parts of today’s structure date back to the 15th century; this mighty medieval fortress has served as military housing as well as the royal residence for several centuries. Inside the castle there is the Chapel of St. George (1489), redone later in Baroque style, and decorated in 1747 with the colorful coat-of-arms of Carniolan provincial governors. Nowadays the castle represents an oasis in the middle of Ljubljana’s old town, where people can relax or go for a walk. Moreover, it serves as a venue for cultural and entertaining events.

This magnificent Baroque cathedral with its twin towers and the green colored dome was built to honor Saint Nicholas, the patron saint of fishermen and boatmen. It dates back to the early 18th century, but was renovated and had beautifully carved bronze doors added for the Pope John Paul II’s visit in 1996.

Metelkova Mesto is an alternative cultural center that developed from a squat in a former army barracks and became one of the liveliest cultural, artistic, social and intellectual urban areas in Ljubljana, it brings together a variety of different artistic practices and events. The area is now home to countless bars and clubs and it is also where you will find some really unique exhibitions, public art and graffiti. It is very colorful, with people from all walks of life, including anyone from students and underground music fans to visitors of Ljubljana and professionals enjoying a night out.

The square was built in 1821 and it was used for ceremonial purposes during the Congress of Ljubljana. It is surrounded by leafy green trees and some of the most important buildings in Ljubljana such as the Ursuline Church, the Slovenian Philharmonic and the University of Ljubljana.