5 Most Beautiful Towns In Poland 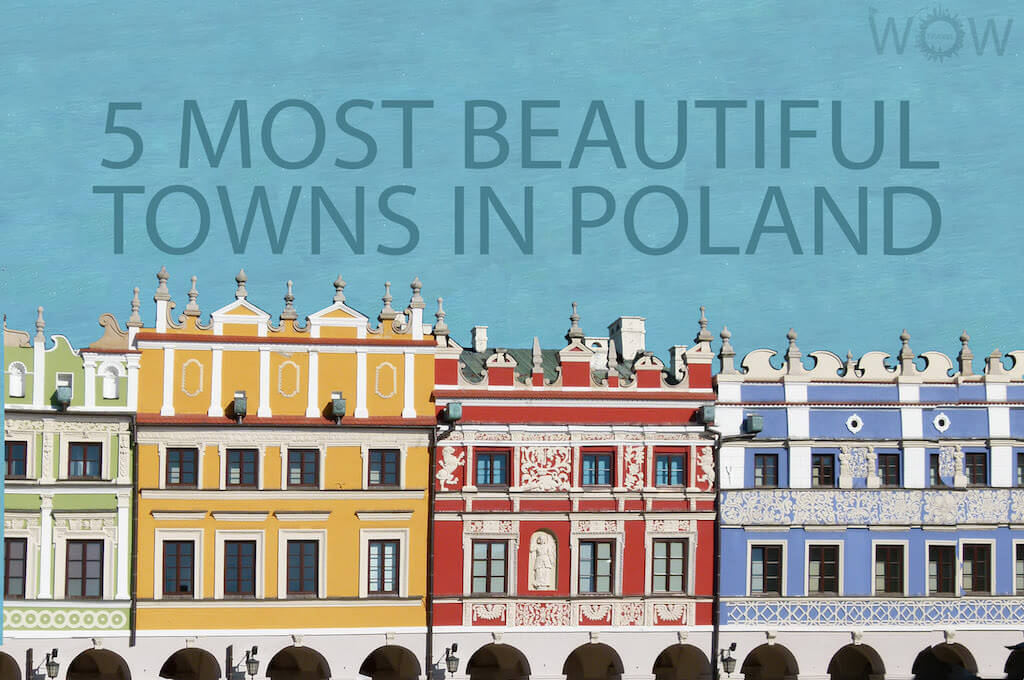 3We were asked by a few readers “which town in Poland do you consider to be the most beautiful”, but we couldn’t choose one. From majestic castles in Malbork and a sprawling market square in Kazimierz to snow-tipped mountain settings in Zakopane. Here are our picks of the 5 Most Beautiful Towns In Poland.

Most of the wood houses in Chocholow were constructed in the 19th century, and the buildings in this region were said to be the inspiration for Witkiewicz’s creation of the “Zakopane Style” of hand-joined Polish split-timber architecture. Each structure is embellished with exquisite carpentry details and beautifully maintained gardens that exemplify the pride of ownership that is the hallmark of the Podhale highlanders. Source: polishforums

The city was founded in the 16th century by Chancellor Jan Zamoyski at a trade route connecting the Western and Northern Europe with the Black Sea. The city was built in the middle of nowhere, based on Italian designs of the ‘ideal city’ and according to the city and architectural plan of Bernando Morando, a native of Padua. Zamość has been on UNESCO World Heritage List since 1992.

Kazimierz is a historical district of Kraków and Kraków Old Town. Since its inception in the fourteenth century to the early nineteenth century, Kazimierz was an independent city, a royal city of the Crown of the Polish Kingdom, located south of Kraków Old Town and separated by a branch of the Vistula river. The town was founded in 1335 by King Kazimierz the Great, and as its splendid churches and synagogues evoke, it was once a world of prosperity and tolerance. Source: wikipedia

The small town of Malbork some 60 km (37 miles) south of Gdańsk on the main railway line between Warsaw and the coast offers visitors not only the world’s biggest brick castle, but a delightful mix of medieval architecture, grey communist-era monstrosities and a handful of fascinating churches and monuments.

Shadowed by the summits of the great Tatra Mountains, Zakopane has long been hailed as the ‘Winter Capital of Poland’. The town itself is a small resort town, with plenty of shops and restaurants, rather than magnificent monuments. The attraction of the town is really the hiking opportunities it provides, and the atmosphere of being on a town that feels like a vacation spot all the time. Be sure to try the Oscypek, a local specialty of the region, of smoked cheese carved into elaborate patterns. They look like one of those things you’d roll up and down your back to give yourself a massage. Source: snarkynomad