England has all the trappings that make up a good fairytale. Mysterious moors, isolated castles, ancient woods, towers and dungeons, and a queen living in a regal palace! Flick the pages of this ancient land and you’ll never get bored with all that there is to discover.
From the enchanting White Cliffs of Dover to its craggy shores scattered with beaches, 34 Areas of Outstanding Natural Beauty (AONB), the dramatic Hadrian’s Wall, and its national parks, the countryside will seduce you like no other. Although England is largely composed of gorgeous plains, there is an equally scenic mountainous side to it. Take a walk in the UNESCO listed Lake District of the north and you will understand the inspiration for William Wordsworth and the other great Romanticists. The glittering lakes, forests, and craggy fells will probably bring out the poet in you too.
Still not convinced? Then walk the Pennine Way to the Peak District to drink in one of the most scenic areas of the United Kingdom. Equally evocative is the Cotswolds, a region that is characterized by golden stone villages and stately mansions, each with their own little garden.
However, don’t be fooled into thinking that England is all about its rural countryside. English cities will leave you as ‘gobsmacked’ as the countryside. The UNESCO listed city of Bath, with its grand Georgian architecture, the intellectual aura emanating from the haloed halls of Oxford and Cambridge, the cobbled streets of York, or the foot-tapping music of Manchester, will definitely leave you with a whimsical sigh.
If you’re looking for something more hip, then London is the place to see it. This trendsetting city where its past blends in seamlessly with its present will definitely leave you starry-eyed. You’ll find yourself gawking at impeccably turned out fashionistas, iconic landmarks, world-class museums, and extensive urban parks almost everywhere you look.
When you’re done with your explorations, there’s nothing better than to pop into a cafe for the quintessential English afternoon tea, served with some delicious scones and cream or delectable cucumber sandwiches. Perhaps you’ll be inspired enough like Dickens, Austen, Shakespeare or JK Rowling to whip out your pen and create a masterpiece. 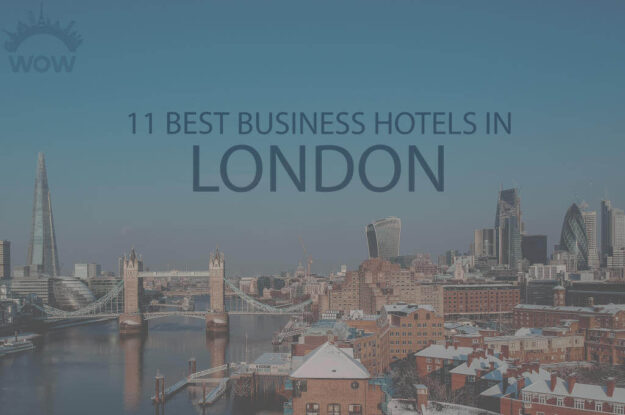 Despite being the capital city, London happens to be England’s smallest city. Even so, London proves to be one of the world’s leading global financial centers. That said, you can find plenty of fantastic business hotels in London. On top of that, London is also home to some of the most magnificent cultures, arts, histories,… 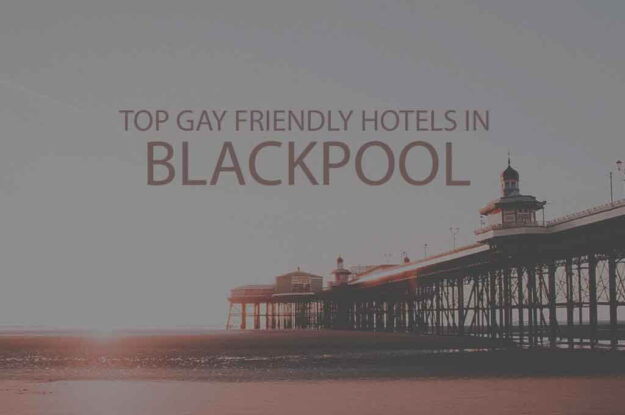 The seaside resort city of Blackpool sits pretty on the Irish Sea coast in the United Kingdom. This Lancashire seaside getaway became popular when England’s wealthy patrons came here to bathe in seawater during the mid-18th century. But, did you know that today Blackpool is the gay capital of northern UK? Yes! There are many gay…

11 Best Hostels in London for Families

London is simply the best! Covering 607 square miles, this sprawling city is home to over eight million people, Big Ben, and other famous attractions. With plenty of things to do and see, this English capital brings in tons of visitors. No wonder families love to visit this beautiful city! However, it’s also (obviously) one…

London is a sprawling city, covering 607 square miles and home to over eight million people. Here, you can find a fascinating collection of nightclubs, bars, and restaurants to choose from, and what’s not to love about a country that immerses itself in lush green spaces! This big city is so captivating that you might…

London is the city that has it all! Whether it’s incredible history, stunning architecture, top grub, fantastic shopping, immersive exhibitions, charming parks, you name it! Since it’s twice as big as New York, you can rest assured that there are tons of exciting things to do in the capital city of the United Kingdom. Since…

Not so long ago, Blackpool overlooking the Irish Sea was all about rowdy hen and stag parties and “Kiss Me Quick” hats. But, not anymore. Today, this no-nonsense Victorian-era seaside resort boasts an impressive promenade, complete with “Spanish steps,” a mesmerizing, golden-sand shoreline, and gorgeous architecture. This is besides its already long list of historical sights and…

The unofficial capital of northeast England, Newcastle upon Tyne, boasts several excellent attractions and a pulsating party scene. It’s a big draw for hen and stag parties, so you can be sure you’ll have one of the best night outs if you’re in this part of the country. Finding cheap hotels in Newcastle upon Tyne…

11 Most Romantic Hotels in Cotswolds

Idyllic lush villages with stone houses, handsome little market towns, and acres of picturesque pastureland make the Cotswolds one of the most romantic regions of the United Kingdom. The region looks resolutely designed for romantic breaks with its postcard-perfect villages, bohemian boutiques, and quaint pubs that serve afternoon tea. Of course, what also helps is…

11 Most Romantic Hotels in Manchester UK

It’s hard to imagine it, but the rich industrial city of Manchester in northwestern England is a very romantic city. Whether it’s the bohemian Northern Quarter, the achingly cool Ancoats, or the canal-side Castlefield, Manchester is as charming as it’s rich in history and culture. So, there’s a lot to do in the city, like…

Bournemouth is known for its seven-mile strip of glorious, golden sand. People from different parts of the country flock here to soak up the sun or have a wild time. It’s a popular destination for hen and stag parties. As such, you’ll find plenty of hotels that cater to all kinds of travelers. Whether you’re…

11 Best Hotels in The Lake District with a Pool

Lake District’s popularity has been rising in the past few years. It’s now a favorite destination for many travelers throughout the year. The stunning scenery of the area, the fun activities are among the charm of the city. Not to forget the gorgeous places to eat and drink. Many call Lake District foodie heaven. What…

11 Most Romantic Hotels in Kent UK

Not for nothing is Kent called the “Garden of England.” Overlooking the English Channel and the North Sea, Kent is home to fruit-laden orchards, fertile farms, and a gently rolling fragrant landscape. Who says you need remote Greek islands or rustic Italian hideaways for romance when Kent is the perfect place for a blissful holiday…

England’s capital city is one of the most visited cities globally, given its rich history and vibrant present. Visitors from all over the world flock here to visit iconic landmarks or soak in the vibe. Not surprisingly, you’ll find a wide range of hotels that cater to all tastes and budgets. That being said, hotel…

Leeds’ growing repertoire as Yorkshire’s capital of cool makes it a popular destination these days. One of the fastest-growing cities in the UK is Leeds, the university city on the River Aire. Over the years, the city centre has undergone a massive transformation to emerge as a place to reckon with. A revitalized Victorian mill…

History is almost everywhere you look in the city of Bristol on the Avon River. As one of England’s oldest ports, there’s much to keep you preoccupied in this historic city. Apart from its rich history, Bristol is also well-known for its vivid street art scene. Not surprising, given that one of the world’s best-known…

Brighton is Britain’s biggest drawcard in the summer with its vibrant seaside locales. Its colorful, bohemian vibe pulls in the crowds, hell-bent on having a good time. Hotels in Brighton England, spill over at this time of year, especially the best hotels on Brighton seafront. The hotels echo the city’s fun, creative atmosphere with artwork…

Reading is a fascinating historic market town in Berkshire, South East England. It sits in the Thames Valley at the confluence of the River Kennet and River Thames. Staying at the best hotels in Reading City Centre, you’ll never want to leave! There are also excellent transport links, unique restaurants, and a vibrant town center.…

Think Nottingham, and possibly for many people, the first image that pops into mind is Robin Hood and the Sherwood Forest. Nottingham’s legendary folk hero still forms an important part of the city’s fiber with several statues or images of him. The city attracts many visitors, especially during the annual Robin Hood Pageant but that’s…

Visitors to Chester will find it hard to believe that this historic residential town was once the most important port in the northwest. Today Chester’s main attraction is its ancient history that is etched into the very fabric of the city. It boasts one of the best-preserved Roman walls and a 1000-year-old Cathedral. Not surprisingly,…

Home to the longest-reigning monarch, London has so much more than its packed centuries of history. Perhaps anything civil about the city you learned from pop culture is true. Stunning landmarks, home to the greatest art collections and fashion houses, as well as the jammed street packed with cars roaring honks. Among them, lies some…

Some of you may ask, what’s in Gatwick to make it worth a visit? Well, apart from being the home of Gatwick Airport, the second busiest in the entire United Kingdom, the area is also ideal as a starting point for a memorable southern England trip. From shopping malls to family destinations to adorable gardens,…

From architecture to art and shops to sports, Manchester has it all. The famous city in the North of England is also known as one of the most vibrant. You must visit here at least once in your lifetime. See for yourself how brilliant this industrial city is. They’re buzzing, innovative, and seem to never…

If the London area is too crowded for you, then try planning a trip to Essex. This county in south London is a suburb that presents a bunch of picturesque landscapes and has lots of personalities. It consists of many incredible cities. There’s Colchester, once the capital of Roman Britain. You’ll also find Dedham, home…

Famous for its sprawling parks and home to Princess Elizabeth’s popular corgis back in the days, London is one of the must-visit cities on earth. What’s interesting is that it’s not only a great destination for humans, but for pets too. Travelers of all types love to bring their four-legged buddies to this capital city…