While many may associate this island nation with the Isle of Man race, there is more to the small country of the Isle of Man than a world-renowned motorcycle race. Home to the oldest continuous parliamentary body in the world, Tynwald, the Isle of Man is a fascinating mix of some spectacular geography and fascinating history. Its breathtaking landscapes catapulted the country to the status of a UNESCO designated biosphere reserve in 2016, one of only five in the United Kingdom.

Mainlanders may frown down upon the island’s oddities, especially its desire to remain autonomous, but there is much that will hold a visitor’s interest here. The Isle of Man is a country that is steeped in myth and legends abound about fairies and other mythical creatures. Peel Castle, originally constructed by Vikings is said to be haunted by a black dog, ‘Moddey Dhoo.’ It is also believed to be directly linked to King Arthur.

Much of the island’s haunting landscape with its undulating hills, moors, and heaths, bears a great similarity to its neighbors Scotland, Northern Ireland, and England. With a stretch of more than 160 kilometers of coastline, you can be sure that you’ll never be short of breathtaking locales on the Isle of Man. From steep rugged cliffs to wide sandy beaches, narrow glens, waterfalls, and moors, the country is a beautiful symphony of nature. You can catch some of the island’s most spectacular sights from Douglas Head, a rocky outcrop that overlooks Douglas harbor.

During the months of May and June, the tranquility of the island is shattered by the sound of revving motorcycles. The lack of speed restrictions on many of its rural roads has long enticed daredevils to defy the laws of physics as they all but fly down narrow country lanes on their heavy motorbikes. The Isle of Man race popularly known as the Tourist Trophy (TT) is one of the most dangerous of its kind yet attracts riders from all over the world. After the racing season is over, many linger on to experience more of what the Isle of Man has to offer. 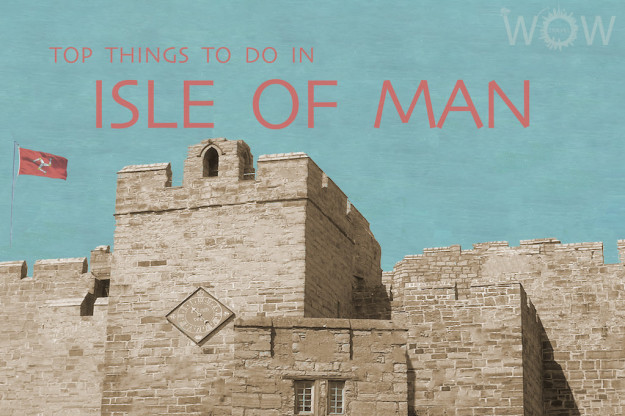 Top 6 Things To Do In Isle Of Man

Many people might have heard of it, but are not sure where it is exactly. The Isle of Man, a small island between Ireland and Great Britain, is a beautiful and under-visited destination. The island is a self-governing British Crown dependency, and contrary to popular belief is not a part of the United Kingdom. It…