Lithuania may not rank very high on people’s bucket lists of places to visit but this small Baltic nation is well worth your time. The largest of the three Baltic States, Lithuania is a country that basks in culture and beautiful spaces. Although the country has mainly been a day stop for cruises, there are plenty of things to do in Lithuania for those who choose to linger.

Starting with Lithuania’s capital, Vilnius, time seems to stand still in this dreamy land. With its large swathe of green spaces, Vilnius feels less like a capital city and more of an expanding village. Its well preserved Old Town is a distinct nod to its long and chequered past with its period buildings and pebbly streets. Once nicknamed the ‘Jerusalem of the North,’ for its large Jewish community, the city witnessed its fair share of the horrors of WWII. The scars of its past stare out at you from the Holocaust museums, former ghettos, and preserved KGB torture chambers.

Lithuania was the first Soviet-occupied state to gain its independence, seven months after the unique Baltic Way protests. These protests involved over two million people who formed a human chain across the three Baltic capitals, Vilnius, Riga, and Tallinn.

Leaving the fascinating capital behind, there’s much more to discover about Lithuania. For a bit of respite from the crowds, head to the largely untouched Nemunas Delta on the eastern side of the Curonian Lagoon. It’s an isolated and rural landscape that has so far remained untouched by tourism. Another enchanting piece of Lithuania’s outdoors is the Curonian Spit National Park. Sand dunes, beaches, and pine forests merge to make this one of the most spectacular areas in Lithuania.

For a break from Lithuania’s cities and outdoors, head to the healing mineral waters of Druskininkai for a quick detox. The spa town is a photographer’s delight with its picturesque landscape comprising rivers, lakes, and forests. Interspersed with nature you’ll find stark Soviet buildings vying for space with beautiful 19th-century architecture. There’s no doubt that you’ll run out of time before you run out of things to see and do in Lithuania. 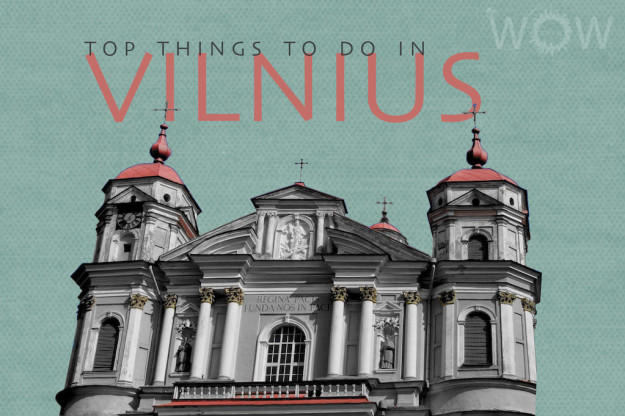 Top 8 Things To Do In Vilnius

Central Europe is one of the most fascinating yet underrated regions, and Vilnius, Lithuania’s capital and largest city, is a good example. With its twisting alleys of Baroque and Gothic architecture, Renaissance-style castles, long history, rich culture, delicious food and friendly locals; Vilnius is a major stop along the Baltic route, and an adorable little city. We invite you…