Top 9 Things To Do In Tallinn 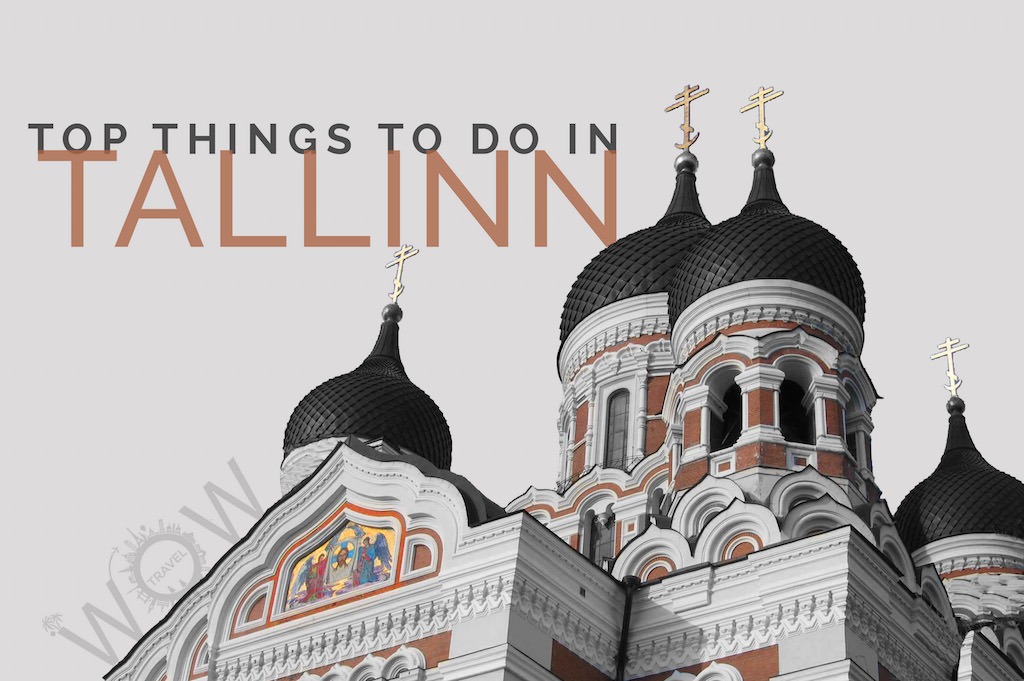 The Baltic is home to many beautiful cities, Tallinn is one of them. This city may be a small city with only 400,000 residents but it is a source of so much energy and such a vibrant life that we had to come and see it ourselves. Walking through Tallinn makes you think of fairy tales, knights, castles and more, in fact, every June Tallinn hosts the week-long Old Town Days festival, the city’s largest Medieval-themed event. However, Tallinn is far from being “medieval”, it is actually a very modern city with lots of high-tech companies such as Skype, a popular Voice Over IP system that was developed in Estonia. Tallinn is also not often thought of as a beach city but it has beautiful sandy beaches with stunning views out to the Baltic Sea just 2km from downtown. Tallinn has nothing to envy any of the main European cities, it has great hotels, amazing restaurants, great cafes, excellent shows, a vibrant nightlife and incredible architecture which made it become a Unesco World Heritage. Here are some great tips and spots to help you explore all that this charming city has to offer. Enjoy WOW Travel’s Top 9 Things To Do In Tallinn.

This colossal structure is more than just a tower for Estonians. When Estonia was still behind the Iron Curtain, this was for many Estonians a window on the free world. It is Estonia’s highest building at 314 meters and it was open on 11 July 1980.

This lavish example of Petrine Baroque architecture was built for Catherine I of Russia by Peter the Great. Nowadays, it is home to the Kadriorg Art Museum, a branch of the Art Museum of Estonia, with rooms of foreign art from the 16th to 20th centuries. This art museum has paintings by Bartholomeus van der Helst, Gillis van Valckenborch, Jacob Jordaens, Lambert de Hondt the Elder, Adriaen Cornelisz Beeldemaker and others.

St. Aleksander Nevsky’s Cathedral was built at the end of XIX c. by the initiative of orthodox population and on voluntary donations raised throughout the entire empire. Materials from all over the region were used to build this impressive orthodox cathedral-like granite from Finland, marble from Carrara or iron from Russia. The church has been meticulously restored since Estonia regained independence from the Soviet Union in 1991 and it is worth a visit whether you are religious or not.

This charming square which started the market of Tallinn in the middle ages is nowadays the Town Hall Square. It is surrounded by cafes, restaurants, and it hosts open-air concerts and fairs all year round and especially in December where it becomes the main attraction of the country when the Christmas market opens its doors to locals and tourists alike. The tradition of celebrating Christmas festivities here dates back to 1441 when the Brotherhood of the Blackheads are thought to have erected the world’s very first Christmas tree.

It is a castle on Toompea hill. This castle has seen hundreds of years of war between rulers and conquerors, it was built in order to defend Estonia from its enemies like  Denmark, Sweden, Latvia, Poland and Russia. The blue, black and white of the national flag can be seen flying on top of the 45-meter Tall Hermann tower as the symbol of Estonia’s independence. Nowadays, it houses the Parliament of Estonia.

It is known as Kumu by locals but tourists call it the Art Museum of Estonia. This is not only the largest and most impressive exhibition venue in Estonia but one of the largest art museums in Northern Europe. Kumu presents both permanent collections and temporary exhibitions. The main collection covers Estonian art from the 18th century onwards, including works from the occupations period (1940–1991) and showing both Socialist Realism and Nonconformist art. Temporary exhibitions include both foreign and Estonian modern and contemporary art. It is also a multifunctional space for active mental activity, from educational programs for small children to discussions about the nature and meaning of art in the modern world.

Open to visitors al year-round and just 15 minutes from the city center of Tallinn is the Estonian Open Air Museum, a perfect place to learn about Estonia’s rural way of life. Visitors go through 12 different farms that explain how families lived in the 18th, 19th and 20th centuries depending on their social status. You can visit the village church, tavern, school, mills, the fire station, a shop and fishing sheds by the sea.

For those nature lovers, Tallinn’s most famous national park is a great option for a full day outside of the city life and activities. It was the first area to be designated a national park of the former Soviet Union and due to its size, it is the largest park in Estonia. The park is well signalized and has several trails so tourists can wander on their own or with a tour guide and appreciate the abundant flora and fauna such as wolves, bears and the famous and beautiful lynx. Depending on the season hiking, cycling and skiing are also allowed.

This interesting museum provides visitors with a complete overview of Estonian society during three periods of occupation: the first Soviet occupation 1940–1941, the German occupation 1941–1944, and the second Soviet occupation 1944–1991. It is beautifully curated with audio-visual displays and photos which show how people coped with the daily realities of this difficult period.