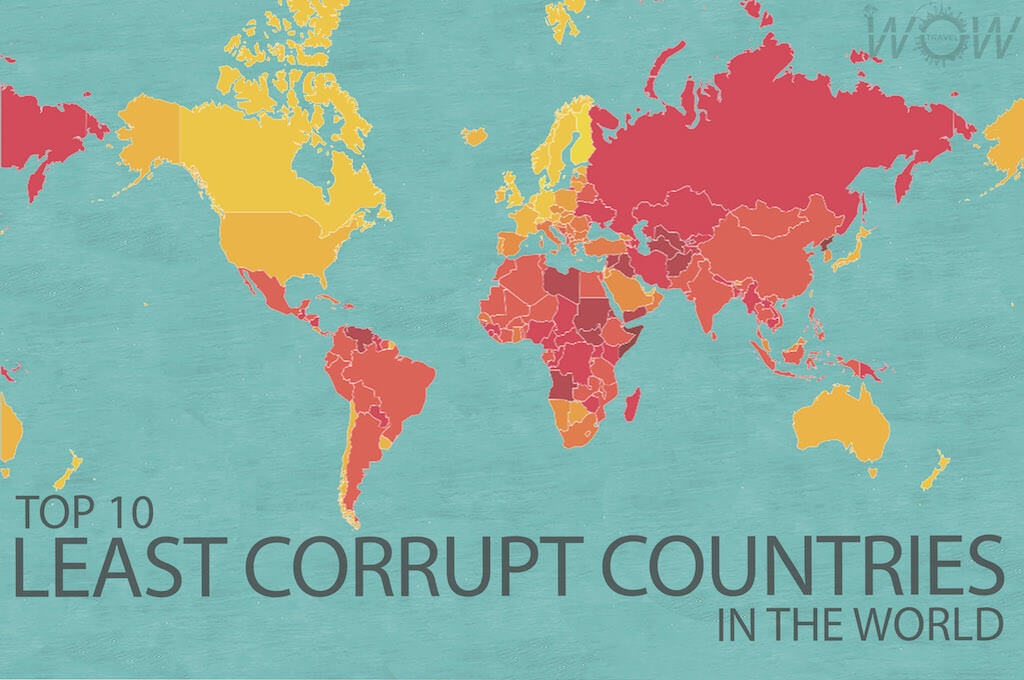 Corruption has been a part of human societies since the oldest of times. Nowadays it is still a major problem around the world but more countries are improving than worsening and the United States and the United Kingdom have reached their best rankings ever according to recent findings. Find out which countries scored the best in the research compiled by the non-governmental organization Transparency International.

United Kingdom has reached its highest rankings ever and made it to the 10th spot together with Germany and Luxembourg.

Canada moved up to 9th spot with 83 points after placing 10th in last year’s rankings with 81 points.

Singapore’s score of 85, one point higher than in 2014, was almost twice of both the global and Asia-Pacific regional average of 43. Malaysia (54th), Thailand (76th) and Indonesia (88th) were the next best countries in South-east Asia behind Singapore.

Norway ranks among the least corrupt countries in the world. Corruption does not represent a constraint to trade or investment, and administrative corruption and petty bribery are almost non-existent.

Netherlands has established strong pillars—an independent judiciary, effective anti-corruption mechanisms and a culture of trust. Netherlands scored 87 points out of 100 on the 2015 Corruption Perceptions Index reported by Transparency International. Corruption Index in Netherlands averaged 87.73 Points from 1995 until 2015, reaching an all-time high of 90.30 Points in 1997 and a record low of 83 Points in 2013.

New Zealand was ranked number #1 in both the 2012 and 2013 surveys. The Index has consistently shown New Zealand as a country with low levels of corruption in its public sector. Since its inception, the country has always scored in the 98th percentile, with a score of 90 in 2012, and ranks either at the top or within the top four countries in the world. Check out our list of 11 Best Hotels in Wellington and 11 Best Hotels in Christchurch if you’re planning to visit.

Anti-corruption watchdog Transparency International has consistently ranked Sweden as one of the best countries in the world in which to do business.

The perception and the occurrence of corruption are generally very low in Finland. Petty and administrative corruption is more or less non-existent which means that citizens or businesses are not likely to face corruption when having contact with public officials. Planning to visit? Make sure to stay at one of the 11 Best Hotels in Helsinki. Source: Wikipedia

With an active push for more transparency in politics along with increased corporate responsibility, Denmark is once again ranked as the least corrupt nation on Earth.