Top 10 Things To Do In Kyrgyzstan 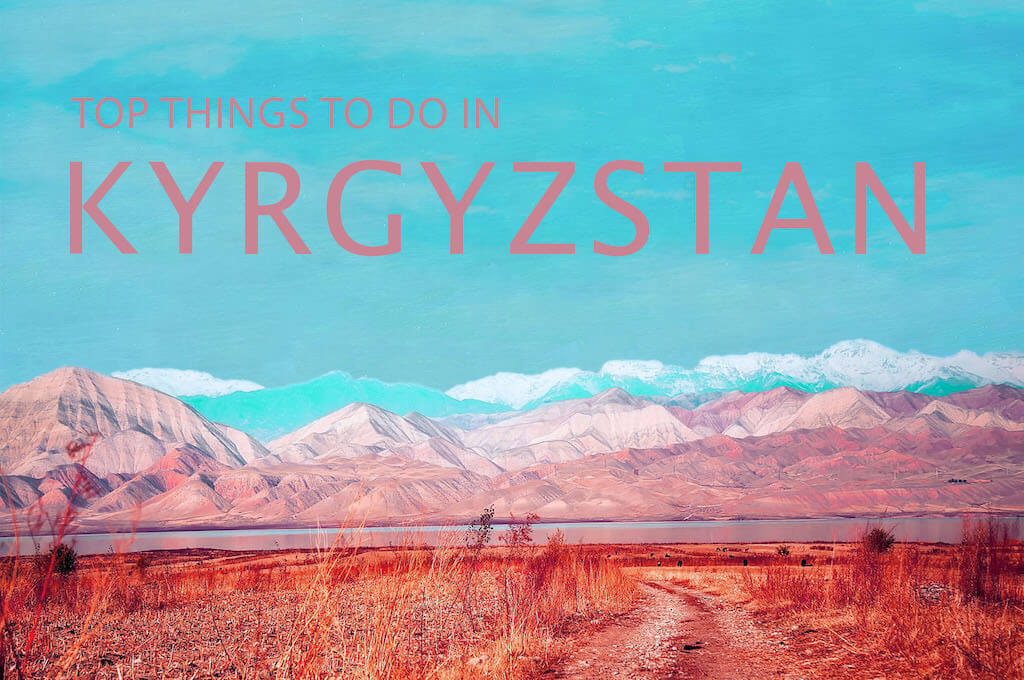 Formerly a part of the Soviet Union, Kyrgyzstan is a landlocked country in Central Asia. Although like everywhere many people here also have adopted to modern ways of living but due to its geography, most of the traditional side of the Kyrgyz culture is still intact. Majestic mountains and crystal clear water of its lakes make you think that if there is a heaven above, it would be just like this. If you want to experience nature and adventure at its best check out our list of the top 10 things to do in Kyrgyzstan
[booking_product_helper shortname=”kyrgyzstan”]

Issyk-kol is Kyrgyzstan’s largest and one of the largest lakes in the world. Issyk-kol means ‘Warm water’, it got the name because of its water that never freezes although the lake is surrounded by snow-capped mountains. The coast is famous for its exceptional landscape and particular maritime climate. It is also the largest health resort zone in Central Asia, with numerous health resorts, hotels, and private guest houses, making it a top destination.

If you love hiking and fancy adventure this is the place for you. located at an altitude of 1500-4895 above sea level, Ala Archa includes all landscapes and is a favorite destination of Picnikers, Hikers, Skiers as well as Mountain climbers looking for rock, ice and mixed routes.

Song-Kol Lake is the largest freshwater lake and 2nd largest lake after Issyk-Kol, Song-Kol is located in the Southwestern part of the Naryn province. In contrast to Issyk-kol this lake stays freeze most of the year. The astonishing meadows around the lake make it a perfect place to visit in summer.

Sulaiman-Too is the first UNESCO world heritage site listed from Kyrgyzstan. It is one of those places where you go and experience a whole new prospect of human evolution and history on earth. Ancient carvings and mosques, now turned into museums with a rich collection of archaeological, ethnographic, and zoological exhibits can be found here.

This fascinating structure was once a minaret of a mosque, which gives you a glimpse of medieval Islam in the region. The tower, when built was a 45 meters tall structure, now it’s just 25 meters, due to an earthquake in the 15th century some portion of the tower got destroyed. An open-air archaeological and architectural museum is also located here.

No, it’s not grand canyon from America, It’s Fairy Tale from Skaza Canyon. A true wonder of nature, A view that makes you think, ‘Are we still on planet earth?’. Located on the southern shore of Issyk-Kul Lake, 4 km from Tosor village.

This gem of nature is located 500 km from the Bishkek and 300 km from Osh. With a depth of 243 meters it is the 2nd deepest lake in Kyrgyzstan and the 3rd deepest in Asia. Its coastline is covered with dense forest and rocky mountains which makes it very unique compare to other lakes in the country.

Uzgen Minaret is located in the town of Uzgen, which was the capital of the region in the 12th century, The structure also dates back to the 11th-12th century. It was used to call people for prayer and as a watchtower for the town. Like Burana tower, this also has lost its original height to an earthquake.

If you love skiing, this is the place for you. 30 km from the capital this is a modern and very well developed ski resort for tourists. Facilities such as cafes, sports equipment rental, medical centers and playgrounds for children makes this place a very family friendly. The resort stays open throughout the winter from December to March.

While you are in Kyrgyzstan, do not miss the experience of hunting with falcons. Kyrgyzstan is one of the fewest places on earth where hunting with eagles is still practiced. This particular style of hunting requires a lot of training for eagles and is a time-consuming hobby. To protect this art, competitions are held between the falconers every year. You can enjoy these shows which are arranged individually for guests and tourists in Issyk Kul, Naryn and areas nearby Bishkek.